Postblogging Technology, October 1949, I: The Missing Jetliners of 1951 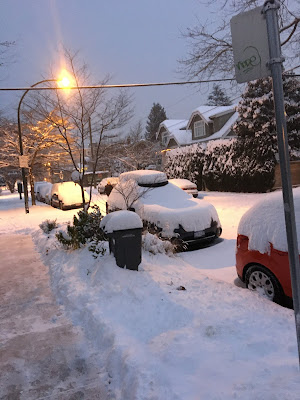 The street outside my place at 8am on Wednesday morning isn't dark because Vancouver is so dark in the winter. It's dark because it's still snowing. In fairness to all of the scapegoats I am blaming for not finishing the second installment of October techblogging this week, it is on me for not managing my time better as much as it is on the weather for shutting down UBC campus on Wednesday. I most specifically do not want to blame Flightglobal International, which supported its online archives for a very long and, I am sure, unprofitable period, or my schedule writer at work, who faced, and faces extraordinary and ongoing challenges.

Also at fault, my own decision to succumb to snow week and write something interesting but unchallenging.

First, let's meet the winner of the postwar race to replace the DC-3.

It's not even the "super" DC-3. I'm following this just as much as the reader, so it isn't clear to me how commercial operators got around the ICAOpocalypse. What I do know is that a reluctance to replace the DC-3 led to the horrible death of the Airspeed Ambassador, Convair 240, Martin 2-02, Lockheed Saturn, SAAB 90 and assorted British no-hopers like the Percival Prince. To be fair to the industry, it looks like the Viscount did its part as well, signalling that there was no point in ordering the last generation of piston liners. To be even more fair, the Convair 240 actually had some sales success. 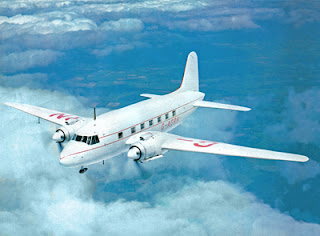 Speaking of which, it's a bit of a surprise to see this listed as a sales success, but it turns out there's a case. By making minimal modifications to the Wellington and the Warwick, Vickers was able to get a "transitional" plane out the door quickly. Considering the frequent reference to the Wellingtons of Training Command in the various 1949 air exercises, I retract the low-down, suspicious thoughts I thought when I heard about the Valetta/Varsity. This is clearly an aircraft that scratched an itch. Although you shouldn't scratch the itch, because it's probably just dry skin and can lead to more serious consequences.

To wit, you may get delusional and decide that this is a good starting point for a jetliner. Again with an abundance of fairness, De Havilland was seriously proposing to boost the Comet's takeoff with the delightful chemistry of a hydrogen peroxide rocket at the same time, so a jetliner taking off under the boost of multiple RATO rockets was more plausible at the time than it seems to be in retrospect. As "Favonius" puts it, the more serious issue is finding room for all the fuel you need. I suspect, although I don't know for sure, that "Favonius" is homeschool-math grifter John Saxon, but that doesn't make him wrong about the B-47!

Lockheed has the advantage here, in that it didn't produce a jet bomber, and we therefore can't ridicule a Lockheed proposal for a jet bomber--passenger liner conversion. That said, after reading Peter Masefield's refreshingly realistic willingness to take down all the harebrained schemes that the technical magazines are afraid to bad-mouth, it is a bit strange to see him suggest in late 1949 that a Lockheed jet liner is going to appear within the next eighteen months. Surely the managing director of BEA has better sources than this! In reality, Lockheed was just then launching an upgraded Constellation, and would continue to produce upgrades into the mid-1950s.

Maybe Masefield is blowing smoke up de Havilland's ass? It's even stranger considering that there's already a North American jetliner on the market. I take it that this reflects the Avro Jetliner being an obvious no-hoper. 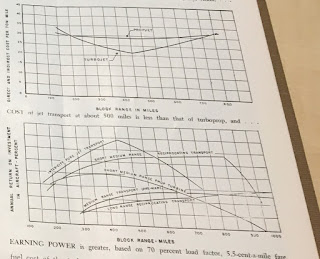 I posted this graphic of Avro Canada's case for the "medium range" jetliner last week, but since it's buried with a great deal of other material, I think that it is worth reposting this week. The trimmed Aviation Week article cites the main objection to the plan as fuel consumption. The estimates for stacking are, it is said, low and unrealistic. Aviation Week does its best to slag the critics by characterising them as "turboprop" enthusiasts, but it is notable that the plan also requires some unrealistic passenger handling. The jet has to be held in readiness on the runway for the right departure conditions with no hotelling load, and the passengers dispatched from the terminal by bus as soon as the plane is cleared for liftoff. (A particularly exciting scenario of the hydrogen peroxide tender is working at the same time!) Rather outrageously, the lower fuel economy of the jet is counted against its turboprop rival on the grounds that improvements in turbine economy will disproportionately improve the turbojet's economics.

Turning to the design report, which appeared in the previous week's issue, (Irving Stone[?], "Design Report on Canada's Avro Jetliner," Aviation Week, 3 October 1949:  33--38), Avro claims a maximum cruising speed of 417mph at 30,000--35,000ft, gross weight 60,000lbs (wing loading 51.8 lb/sq in) with 50 passengers, operating from 4000 to 5000ft runways.  In common with the unfortunate Martin 2-0-2 among others, construction incorporates "high strength" aluminum alloys, where I am jumping to the conclusion that this means 75S, and the new "sandwich" materials. Pressurisation and air conditioning systems, which are fairly important if the 50,000ft cruising altitude is to be achieved in practice, are very briefly described, with the author (or Avro Canada" relying heavily on emphasising that they are "automatic" in lieu of any details more substantial than that a 60lb/min flow is to be achieved at all altitudes. Kerosene "seepage," evidently quite an issue given the notorious ground segregation of the Jetliner during its 1950 New York mail run, is to be completely solved by a new sealant provided by 3M.

Engines are two Derwents giving 3500lb static lift at sea level, assisted for takeoff by methyl bromide and water methanol injection, which is a bit of a ruh-roh for commercial service, and the de-icing system sounds shady, too. Taken together, it really looks as though the Canadian taxpayer was taken for a ride on this one. It appears that the original, two-Avon design might have been more practical design, but with the Avon's failure to materialise even more preciously than it did, the mistake was to pursue the 4 Derwent model rather than start over.  The 707 appeared with the J57, an axial turbojet giving 11,700lbs static lift. Of course it was also much larger than the Jetliner, but for now I'll take the engine as the weak point, the actual reason for the missing jetliners of 1951.