A Technological Appendix to Postblogging Technology, April 1951, I: Mad Science 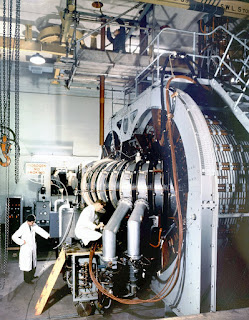 I feel a bit out of my wheelhouse when it comes to the Medicine section of Time. Hoo-boy, those mid-century medical people, hunh? But the story of Andrew Conway Ivy and "Krebiozen," is something else. It is very, very tempting to make our dubious Yugoslav refugee, "Dr." Stefan Durovic, a mad scientist right out of central and a good match with Ronald Richter, but on closer examination this really takes Big Science off the hook. This story needs to be about "the most famous doctor in the country" and, at a bit more of a stretch (and stealing material from 1958), Nobel laureate Sir John Douglas Cockroft.
The quote from which the "most famous doctor" quote comes from is John Moreno's Undue Risk: Secret State Experiments on Humans, a 2000 book that slipped under my radar, perhaps because it is a very, very sordid story. Ivy earned Moreno's attention when he was called to testify at the 1946 "Nuremberg Doctor's Trial," where the defence wanted to argue that the Nazis' wartime concentration camp experiments bore comparison to the Stateville Penitentiary Malaria Study at Stateville Correctional Centre, Illinois. After seeing doctors proudly describe their experiments in grinding down pituary glands and connecting carotid arteries with jugular veins in Time, you kind of see the Nazis point. Ivy successfully deflected the criticism by directing the Green Committee report on human experimentation at Stateville and "misleading" the tribunal about its timing.

From the courts of international justice, Ivy returned to his academic work, and another red flag. Where the Time story puts the onus for "Krebiozen" on Durovic, Ivy was already working on what Time called the "final chemotherapy," a hypothesised substance that would turn on the cell's own anti-cancer regulatory mechanism. Durovic's presentation of Krebiozen thus dovetailed with Ivy's own research agenda and confirmed that he was not going down a blind alley, scarcely a big departure for Ivy, who seems to have been one of the main drivers of a decades-long diversion of medical research away from effective, antibiotic-based treatments for peptic ulcers. Of which a cultural historian could, I suspect, say so much more.

Time's treatment of the Krebiozen scandal seems both a bit kid-gloved and also a bit late. Ivy's involvement was already well-established by 1951, and Time even reports the first indications that Ivy had misstated Krebiozen's efficacy in its first trials. While I can't comment on that directly, I am astonished to learn that Senator Paul Douglas was heavily involved in promoting Krebiozen, because Senator Douglas has already become a minor obsession for me due to Time's obsessive interest in the man, a serial political bungler of colossally unrealistic political ambition. 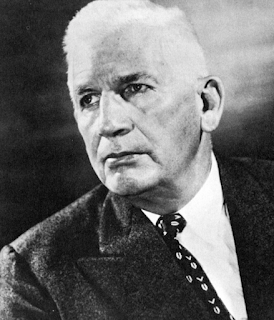 I don't suppose that we'll ever tease out the details of the long-ago relationship between Time and Douglas. My suggestion that Luce had a crush on the man is strictly facetious! The whole story is, however, a comment on the medical profession and Establishment's inability to deal with confidence men inside the tent.
You certainly couldn't call Ronald Richter an insider. A Czech German graduate(?) of the University of Prague (1935), he seems to have reached the inner circles of Nazi Big Science, to the extent that he did, via the University of Vienna, then also a bit on the margin, and might have been involved in a harebrained scheme to build a hydrogen bomb pumped by conventional explosives. Various schemes to skip the boring old uranium bit and move on directly to deuterium-fired bombs were afoot in Nazi Germany, as an enticing alternative to being drafted into the Pionniers and sent off to the East Front, have become fodder for conspiracy theories in these latter days. The more serious German names involved (Heisenberg?) seem to have recovered in good order, but Richter was not that. In Richter's version of events, there is nothing about bombs, and he worked with Max Steenkirk and Manfred von Ardenne on a premature tokamak, of which more below. You have to wonder if this was a good use of Germany's scientific resources at the time. You also have to wonder if Richter counted as a "scientific resource," although whatever he was doing, it was probably at least as productive as trying to compel him to build pontoon bridges in the East.
The Huemul Project, which Richter was drafted in to create and lead, has a short bibliography suitable to a bizarre Hundred Years of Solitude episode, dominated by Mariscotti's El Secreto Atomico de Huemul. I assume that Mariscotti's account dominates the Wikipedia article, which chooses to begin with Peron's 1946 purge of the Argentinian universities, which resulted in the dismissal of "over 1000" professors, "causing a serious setback in Argentinian science and lasting enmity between Peron and the Argentine intelligentsia." In lieu of Argentinian scientists, Peron set out to recruit "Northern hemisphere" scientists away from the hemisphere of decline and towards the  hemisphere of the future. (In spite of being a plot element in the 1950s science fiction of Poul Anderson and H. Beam Piper, this was an actual thing that happened, making On the Beach's critique, something that actually applies somewhere other than our collective imaginarium.) 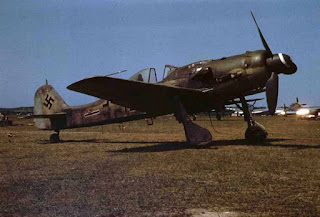 In practice, Peron's recruiting brought in Germans, and more specifically, Kurt Tank, the Focke-Wulf designer behind the FW190 and various abortive Ta-, projects after the German Air Ministry decided to rebrand its private sector corporate bounders as design bureaus. The success of the FW190 seems to underwrite Tank's claim to be a successful manager of Big Science projects, but, then, he hired Richter. And also spent the taxpayers' money on a plane that crashed a lot, for which we do not cut him the same slack as for the Swift, F-86 and MiG-15, because, you know, Latin America.
The 25 March 1951 press conference reported by Time seems to have been the high point of Huemol. Richter seems to have been pushed into it by Peron, who needed a counter-narrative to the ongoing Washington Pan-American conference in China's involvement in the Korean War that blew up so spectacularly in American faces when the Latin American leadership insisted on being allowed to buy American capital goods with the credits with which the US was proposing to buy their strategic goods. This, of course, would have defeated the credits' anti-inflationary purposes, and the United States was not in the mood to re-import the inflation it was exporting.
Simultaneously, the AEC's spare announcement of a 200 mile exclusion zone around GREENHOUSE, only the fifth American postwar nuclear test series was a pretty clear indication that a "hydrogen bomb" was coming, the 225 kiloton experimental device, GEORGE, fired on 8 May 1951.
Cut out of the Washington circus, Peron launched his own circus by announcing that Richter had proven the feasibility of  a deuterium fusion "storage cell" at Huemol. Richter stepped up to the plate to give a spectacular press conference, and the rest of the world's nuclear community failed to exactly cover itself in glory by clearly denouncing the "Thermotron," with George Gamow, Edward Lawrence, and George Thomson going on record as suggesting that there might be something to it. Thomson had the excuse that he was working on a still-secret "z-pinch" fusion reactor at Harwell. Gamow and Lawrence were just being their usual selves.
The upshot of the slowly-deconstructing fraud at Heumol was, somewhat perversely, a boost for the British z-pinch work, which had been classified as recently as 1950. In fact, the classified status of fusion research in all three of the (post-1951) nuclear powers was one of the strongest arguments for scientific emigration to Argentina in Tank's hands. The absurdity of it was finally acknowledged in 1957 with a joint release of data, but even before that the British z-pinch, the ZETA, was working and producing the same occasional anomalous neutron emissions that have bedeviled every fusion experiment at the margins of science since. On 24 January 1958, John Cockroft became the third scientist in this narrative to hold an unfortunate press conference. Neither a Central European mad scientist refugee nor the "most famous doctor in America," Cockroft was a Nobel laureate an an experienced scientific manager, but could not avoid the temptation to wax optimistic about phantom results, and clearly feeling the sting of SPUTNIK.
In a predictable final stage, ZETA was shut down, instead of being developed into a tokamak. As The Observer said, way back in April of 1951, the British problem was less science than follow through. Here we continue on from the motley lot of con-men flocking to the money-making potential of combining Krebiozen with the "great American unwashed," and the Gabriel Garcia Marquez absurdities of the strong man's super-science laboratory on a remote Andean lake. National stereotypes for all!
You'd think that you could draw some kind of lesson about national science policy out of all of this. If it were my job to do so, I would start by pointing out the difference between the FW190 and the hydrogen bomb and all of these dreams; the former two worked. War truly is the health of the state.