The Early Iron Age Revival of the State, XXIII: For the Bible Told Me So

(Richard Gere is only fifteen years older than I am, and was in a BBC show as recently as 2019. I find that I am extremely jealous so I'll repeat the gerbil insinuation)
It has been a while since I visited this topic, but interesting things have come up, so I thought I would write about them. Oh, I can hear you thinking, "But, Erik, weren't you just working on Postblogging Technology, December 1951, II, yesterday?" And I can firmly answer that I don't know where you heard that, but it must be wrong. I would never bail on a postblogging entry after realising that this was a three-issue-month and that I was running out of time even before realising that I would have to cover three issues of Newsweek and Aviation Week, and that next week I have three days off in a row instead of single days split up, like this week. You can hear more about the rise of the cubicle next week! (There's already been an ad for cubicles in the series, which is why I say, "more." It's going to involve another Illinois university experimental house, State, this time, and the guinea pigs are going to be a select nuclear family and not undergraduate engineers.)
So. Ahem. The general thesis around here is that, the end of the Late Bronze Age was, sometimes, at least, a "successful collapse" responsive to the breakdown of inter-regional exchange, involving a systemic reorientation of economic exploitation from the coastal lowlands to upland niches that were more productive at a subsistence level but less able to generate agricultural and craft exports, albeit still able to take part in exchange via livestock. For lack of surplusses, these polities were necessarily non-state entities, but as they succeeded and grew, economic activity pushed downslope to the lowlands to exploit biotically productive lacustrine environments, giving rise to what I think I dubbed "lagoon states" on the model of Carthage, in particular.
In all of this, I have been neglecting what might be the paradigmatic case, the Land of Israel. 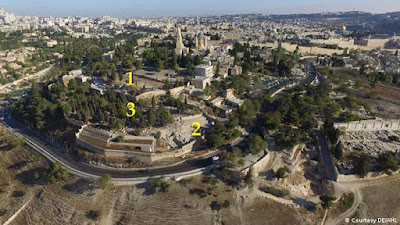 (The numbers show the excavations sites of the German Protestant Institute of Archaeology, currently involved in a bun fight with a German monk who thought that he had proved that the eighth century City of Jerusalem was significantly larger than the original City of David. No, it wasn't, you Papish knave!)
The "Deuteronomic history" of the Old Testament, comprised, in the Protestant canon, of Joshua, Judges (with caveats), the two Books of Samuel, and the two Books of Kings, tells of how Joshua leads the Hebrews out of the wilderness across the Jordan River into the Promised Land of Canaan, conquers it, and establishes a golden age of rule by divinely-guided "judges." The traditional timing is during the Late Bronze Age "Collapse." I use scare quotes to acknowledge that, after its ascendancy as a global explanation of the trajectory of archaic states, "collapse" has been problematised of late. This was a synchronisation of which early proponents of the idea of a Late Bronze Age Collapse were fully aware, to put it mildly. (Genocide goes better with cute kids!). As with my interpretation of Saro Wallace's "successful collapse," in Crete, Joshua ends with a transition into a politically prelapsarian golden age in which the Israelites are ruled by "judges" rather than kings, who are bad unless of the line of David. The judges are in charge of the core political task of the Old Testament, which is to repeatedly lead the people back to the true worship of Yahweh after they stray and are justly smitten.

In the old age of the prophet/judge Samuel, the Israelites take a king, Saul. Monarchy is good in the abstract, bad in practice unless the kings are of the line of David, so clearly it is a mistake to choose Saul, as God demonstrates by arranging for David to succeed him. David captures Jerusalem from the Jebusites, and the bizarre clip at the head is a dramatic re-enactment of David "dancing out of his clothes" as he leads the Ark of the Covenant into a sanctuary on Mount Zion. This is where his son, Solomon, will build the First Temple of Jerusalem, the real protagonist of the Deuteronomic History.
Solomon rules a vast Early Iron Age empire, which falls apart under his sons into the straying northern kingdom of Israel, and the more faithful southern kingdom of Judah, which retains Jerusalem and the Temple, making the Israelites foreigners, more-or-less. Biblical scholars have been relishing this confusion since before there was a Bible. Elijah was an Israelite, but Isaiah was a Judahite. I mean, obviously, right?
The Israelite kingdom is finally punished for its sins with conquest by the Assyrians in 722, leading to the deportation of the "Ten Lost Tribes of Israel" throughout the Assyrian kingdom in line with its established policy of deporting conquered populations, or perhaps just their elite, priestly class. Judah then undergoes a series of religious reforms over the next century in which the first draft of the Deuteronomic History may or may not have been written, ending with the ascendant Neo-Babylonian Kingdom besieging and taking Jerusalem, destroying the First Temple, and deporting the people (or priestly elites) of Judah to Babylon. (Boney M!) Conquering Persian King(?) Cyrus ends the exile in 539, allowing the people (priestly elites?) to return to Jerusalem, establish the Second Temple, and, by 250BC at the latest, redact the modern version of the Deuteronomic History. 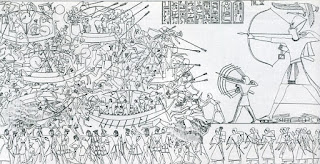 The outline narrative history is nailed to the modern narrative by the synchronisation of event and coordination of subject matter between Moses/Joshua's eruption into Canaan in the wake of the events recorded for Year 8 of Ramesses III on his House of a Million Years at Medinet Habu and secondarily in the Harris Papyrus. This is  1177, the year the world ended, although we have to leave room for some wilderness-wandering and golden-calf -worshipping (party down!).  You might think that the dating is a bit specific, but it is emphatically not.
External evidence? I'm glad you asked! A raging debate over the historicity of the Deuteronomic History turns on two Assyrian monuments referencing Israelite kings of the usurping dynasty of Omri, an Egyptian monument and two recovered archaeologically in modern Israel referring to a kingdom of the House of David. I find the attention given the last two a bit beside the point, since it is not in doubt that there is a tradition that David is the apical ancestor of a Judean kingdom centred on Jerusalem, the only question being the antiquity of the tradition, and apart from issues of interpretation, the oldest is a tangential reference on the Bubasite Portal which debatably establishes the existence of traditions about David during the reign of Shoshenq, after 925, probably very shortly afterwards, per ongoing controversy over Third Intermediate Period chronology. 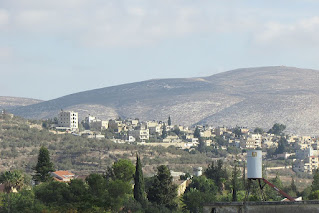