A Country Tour: A Pre-Appendix for Postblogging Technology, October 1956, II, Part Two, A Rising, Not a Setting Sun.

At this point, instead of talking further about recipes, I am going to mention just exactly why Japanese barnyard grass is so much appreciated. It is tolerance of cool weather and waterlogged ground, for its abundant tillage, and its high calorie count, and for being a fast-growing crop. In taditional agricultures, this means that it can be sown over a failed cash crop, or as summer cover, but it is not picky about its growing season, so it may do well as a spring crop in northeast Asian monsoon conditions, too. It is not appreciated for its tendency to establish itself as an intractable weed, including in rice paddies. That, in particular, carries the risk of what would be seen as a weed (from the landlord's point of view), being a good way of not dying (from the tenant's point of view.)

These were keen, competing perspectives on agriculture during World War II, an era in which an outsized enthusiasm for mass death developed quite on its own. People don't like dying, so it is interesting to read the data to understand how they contrived to not die.  One of the striking things about the whole dying/not dying dichotomy is how much the "dying" crowd managed to undermine their own agendas. 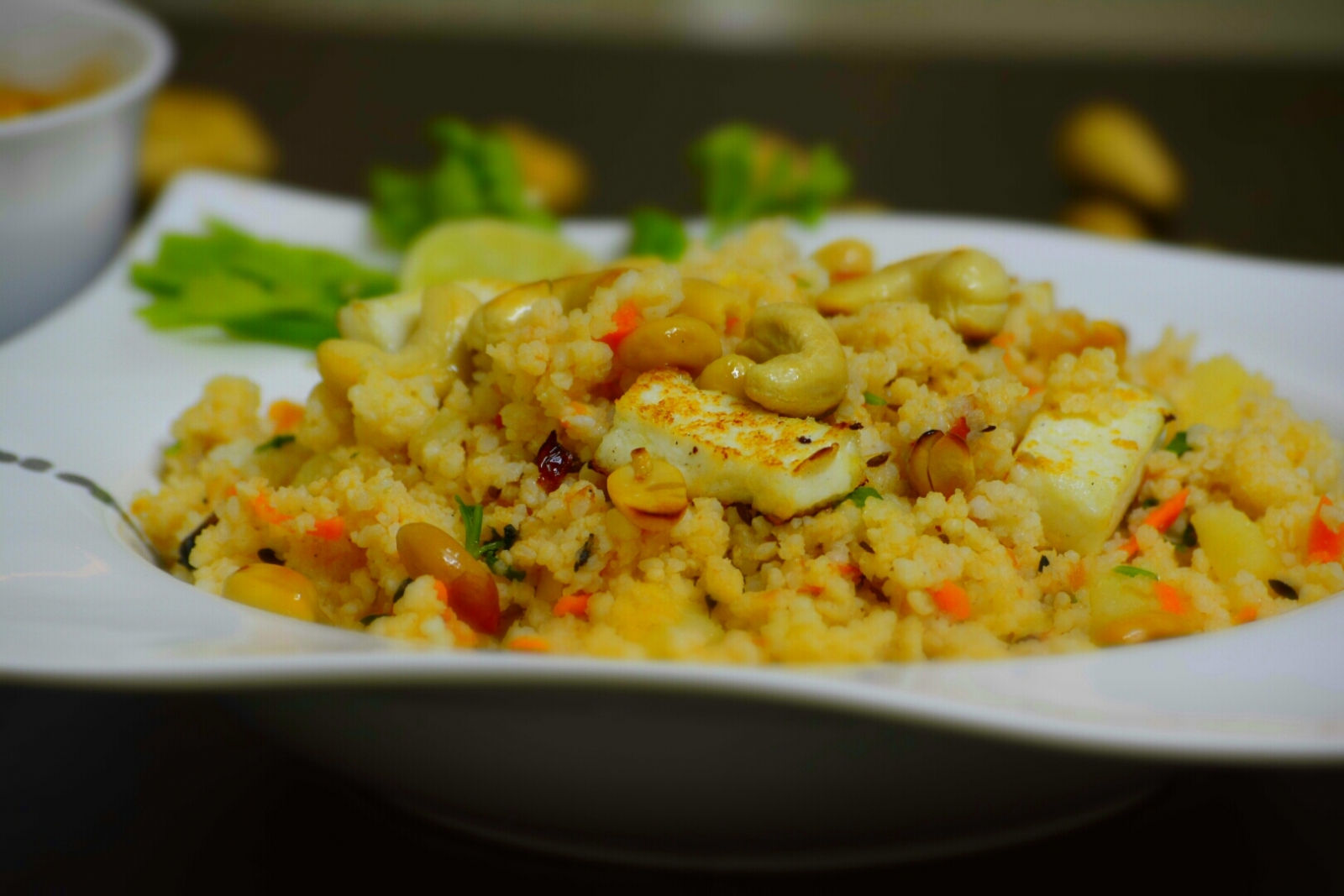 The great-grandparents of two of my nephews and nieces arrived in British Columbia from Japan in the 1890s, adopted an odd spelling of the family name "Seto," and settled in the Lower Mainland in a large Japanese emigrant community that combined market gardening and fishing, two relatively high prestige employments in the traditional Japanese rural economy. Neither paddy rice, which needs consistent warm night temperatures during the growing months, nor millet agriculture flourish in British Columbia. It is, however, is also a bit cold for rice in much of Japan. A recent history of Japan (I'll sub in bibliographic data if I find the time to ransack my apartment for my copy) dates the Sixteenth Century emergence of a modern Japan to the arrival of a cold-tolerant paddy.

Although, interestingly, it can also be dated to the advent of Theravada Buddhism in Southeast Asia, a cultural/intellectual shock for Japan that is rarely given the attention it deserves in connection with the simultaneous advent of Christianity. (Japanese xenophobia vis-a-vis Westerners and Christianity might be a little easier to understand when the shock of this sudden religious reform in an old trading partner is taken into account. On the other hand, it might all be an epiphenomena of a substructural change on the land as paddy abrupty displaced millet in the coastal margin wetlands. History is such a complex tapesttry. It also led to an intensification of the Japanese presence in the previously marginal lands of Tohoku. If it is true that iron in driftwood was carried on the "black current," we have a trans-Pacific connection predating actual migration. Or not. The current that sweeps down from the Tohoku to the Kanto and then across the Pacific to the West Coast certainly carried  more than the three famous castaways of 1834. While it is dangerous to speculate that even drift iron played a crucial role in equipping Northwestern coastal society for whaling, once in deep water, why not speculate that Japanese emigration to the Northwest coast began during the Maritime Fur Trade era?

Japanese emigration to the West Coast and Hawaii ended abruptly in the 1920s, as a general North American reaction against intercontinental immigration hit the "yellow races," as they were charmingly referred to at the time, particularly hard. Worse was to follow for the Japanese, who were enthusiastically expropriated  after the outbreak of the Pacific War on the pretext of their being foreign nationals, and also owning nice things. My brother-in-law, when he occasionally let his guard down (it's almost as though the community is afraid that such things can happen again) would blame his parents' ill-health on their deportation to Kamloops in the interior of the province.

In Japan, foreign racism was helpfully mobilising. Short, victorious wars, preferably with occidental powers, had been the making of the existing regime, and arguably the path towards a maritime war in the Pacific between an increasingly industrial Japan and the other high-technology great powers was becoming ever more inevitable.

Oddly enough, this was not how indigenous elites saw things, perhaps because of their strong connections with the landlord class. For them, Japan's enduring problem was rural backwardness, which was associated with smallscale landholding. The "postage-stamp sized" holdings of the average Japanese farmer were deemed to be a fatal obstacle in the path of rural improvement. Japanese farmers could not improve their land, could not buy tractors, of which there were only 99 in the Japan of 1939. The implication was that Japan was overpopulated, and emigration was the solution. Deprived of America as a destination, Japanese attention turned, after failures in Taiwan and Korea, to the supposedly wide-open spaces of the five Chinese provinces beyond the Shanhai Pass, then known as "Manchuria," a geographical term now deemed insensistive and exclusionist of other communities in the far northeast. Those communities do not, however, include resident Japanese, as the 200,000 Japanese farmers who were persuaded to migrate left in a hurry with the arrival of the Communists, and none too unwillingly, either.

It is safe to say that the spread of Japanese agriculture into Manchuria was not a success. As for the problem it was meant to solve,  wartime industry absorbed the "surplus" labour force so completely that one landholding family is noted by Professor Collingham as receiving a full thousand acres of land back from their tenants. The general labour shortage suggests that those "overpopulated" mouths were not surplus to requirement at all. Although, to be fair, in the climate of the late 1930s, industry couldn't absorb them any more than agriculture. There was no-one buying food; no-one buying needlework, either.

This is a very interesting thing that happened. In the early 1930s, the collapse of American silk imports left the average Japanese peasant very cash poor. Unable to sell cocoons, the household turned to selling rice, instead, and rice-barley-wheat mixes became the food of shame in a schoolchild's lunch box.

The rice thing is interesting, because the dominant trend in Japanese elite-directed eating at the time was beef and dairy. Although I think we can most of us agree that that steak and cream beat some alternatives, there is a twist. In the West, the problem with elite-directed eating is that we're told to eat kale and quinoa, and go for the Doritos instead. (Zesty is the food of the gods!)  In 1930s Japan, people were told to drink milk, and ate rice, instead.

In attempting to satisfy the nation's lust for rice, the Japanese economy reached out in all directions. Some sugar land in Taiwan was allowed to go over to a fast-growing paddy, even if Japanese peasants weren't wanted to cultivate it. A rice "starvation" tax was imposed on Korea, where the few Japanese emigrants inserted themselves into the situation. There wasn't much room for pioneering modern Japanese farmers in the "vast interior" of the peninsula. The scientific cornucopia of modern rice farming never emerged. In fact, actual Korean peasants fed themselves, in the hungry season at least, on "wild grass," something not unknown in the North. Meanwhile, the emigres inserted themselves in the process in the same way as in Japan. They became landlords and other kinds of intermediaries, took part of the crop in kind, and speculated on rice futures. Finally and most importantly, Japan turned to the rice bowls of the world, either the existing ones in Southeast Asia, or the one emerging in the delta of the Sacramento, east across the sea. 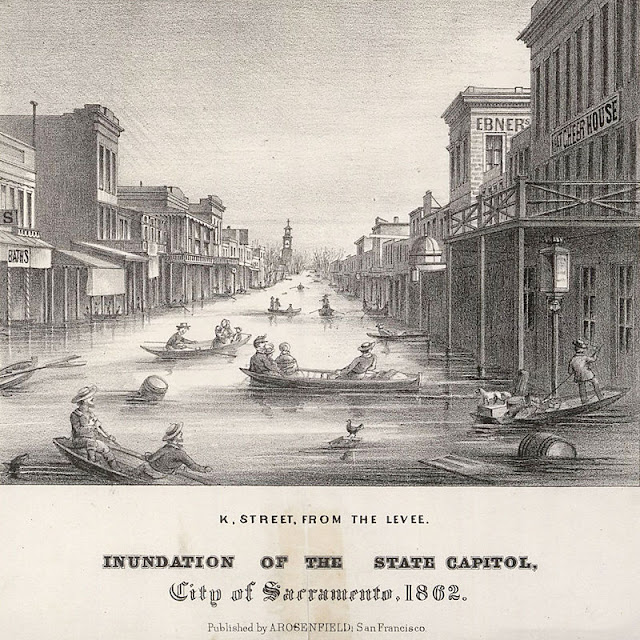 Finding the capital to do this was easy enough as the Japanese economy recovered in the late 1930s --it was oil and scrap iron that was short due to the war in China. Also short: the Japanese rifleman. No wonder that Japanese Colonel Blimps were so keen to turn the Japanese peasant into a Beefeater.

Having embroiled themselves in a profoundly stupid war in China, Japanese elites made efforts, however tentative and ill-considered, to not completely fuck up the rural couontryside from which they drew their conscripts. Getting rid of the rice-tax-in-kind was one of these. It's this that makes the abandoned land of 1945 so interesting. To keep army and peasants happy, the Japanese state abandoned the land. Considering that the Japanese then proceeded not to starve, the question is what "abandoned" means? "Wild grasses" have already popped up in Korea, and will do so again in Russia and occupied Ukrained, and other places as well. As we'll see in Europe, where there are interesting, country-sized laboratories for experimental purposes, there were countries where "abandoning" the countryside led to large crops and well-fed people.

Turning specifically to northeast Asia, the question is, how "wild" is a grass that people end up harvesting every year? Also, where does that wild grass grow? The countryside is a very large and varied place; but one of the most obvious places to look for wild grass, or weeds, like Japanese barnyard grass, is in a badly-cultivated rice paddy.

So my point is that Japanese agricultural policy turned out to be terrible. Good bayonets and farmhands were driven from the country as long as it was possible. Under the planned wartime economy, the cities, and factories, were starved. During the war, the country lived on rice seized in China, and expropriated in Korea and Taiwan. As the war came to an end, massive internal displacement, loss of coastal shipping capacity, and military operations further damaged internal communication and administrative capacity. In the wake of the war, millions of people were starving, and continued to starve for years after the war. Japanese agriculture, although relieved of the scourge of landlordism, is still not particularly productive, and the country imports lots of food.

And yet. and yet.
Population History of Japan, as snipped from Wikipedia.
+15.6%!!!! Abeeconomics should be so lucky!