The Early Iron Age Rise of the State: From the Sublime to the Perishable?

You know the pattern by now. We have two weeks of drilling into the peak of the last, decaying maxima of the past-present wave as it moves through human chronology (seventy years ago plus three months, I have decided), two weeks to play around with what we've got. Alas, I can't quite discover another technological appendix in the story of the last two weeks. Everything is consolidation and amplification of things already explored.  Project Typhoon is yet another analog computer; We had a bit of radio astronomy;  the Savannah "H-bomb plant" again, with just a hint of the toxic politics of race in the American South under a thin veil of technocracy; Yet more on the automation of the cockpit, almost as interesting as the recently increased frequency of business machine ads that remind us of the central importance of Campbell-Kelly's insight that the computing revolution had precious little to do with computing; and titanium, always good for some exotic thrills. 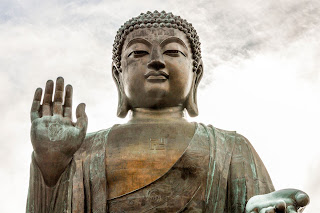 In the meantime, something else has come up. Juan Carlos Moreno Garcia has decided to bump up mentions of his 2016 edited collection for Oxbow, Dynamics of Production in the Ancient Near East, by releasing his chapter on Academia.edu, and it's a bit of a revelation that sends my own exploration of this period down a new path. If spiritualism is a disappointing avenue for understanding the explosive growth of human population(!), wealth and states during the Axial Age, how about diving way down deep into the quotidian and looking at produce markets? 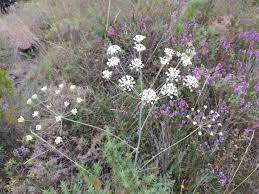 "[U]nidentified plant that was used in classical antiquity as a seasoning, perfume, aphrodisiac, and medicine.[1][2] It also was used as a contraceptive by ancient Greeks and Romans.[3] It was the essential item of trade from the ancient North African city of Cyrene, and was so critical to the Cyrenian economy that most of their coins bore a picture of the plant. The valuable product was the plant's resin"

Even the slightest acquaintance with Ancient writers and scarcely-less ancient Classicists should leave the reader completely unsurprised that  a contraceptive/aphrodisiac should utterly fascinate them, and I'm just glad the conversation didn't need to get any creepier. The story of silphium is that it was a hugely valuable Cyrenaican export to Classical Athens, but by the time of the Principate, was on the point of extinction. The last lot of resin went to the Emperor Nero, and after that the plant was lost to botanical science. The story has curious parallels with many other potted mysteries of the Ancients in that it is all a bit implausible on the scientific side, and modern scholarship is divided between those who insist that the ancient authorities are accurately reporting a very odd story, and those who have a robust explanation that requires the ancients to have not had the slightest clue about what they at least seem to be talking about. (I am thinking of triremes here, but I am sure I could extend my examples indefinitely with a little effort.) The image above is me taking my stand with the revisionists, who think that ancient silphium was Margotia gummifera, a plant that is not only not extinct, but has, and always had, a range extending far beyond the limited part of Cyrenaica to which it is said to have been restricted.

While we of the "Doubting Antiquity" school aren't always right, this is another of those stories where accepting Antiquity requires any amount of special pleading, anyway. The Ancients did not have oral contraceptives, and any Ancient authority's faith in silphium as such can only have arisen from the authority's vast lack of interest in any conceptions resulting.

Nevertheless, exaggerated as it was, there can be no doubt of the value of Cyrene's trade in silphium resin, and perhaps other parts. Cyrene is one of the new states of the western Mediterranean that emerged during the Early Iron Age. Claimed as a Greek colony and sometimes used to anchor dates for the early western colonisation period, it seems more likely that its foundation story was invented by a political exile working with Pindar. I have talked about Cyrene before, but thought I'd throw that out in the way of unmooring chronologies too confidently asserted. It isn't likely to make a difference of more than fifty years or so, although pushing the foundation of Cyrene back to the same general period as the foundation of Rome and Carthage would reinforce the impression that "It was no coincidence,"  as the  old crypto-Marxist academic tagline went. Anyway, before I launched into that digression I was talking about Cyrene and silphium and apologising for not making more of the story at the time. 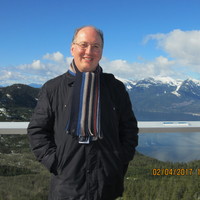 It was because it was too weird. And creepy. But mainly weird. Well, along comes Professor Garcia to make a connection with another weird, long-distance trade of Classical Antiquity that also seems to have started in the Early Iron Age: The incense business.

I confess that after my first pass through Garcia's dizzying paper I expected to discover that it was an attempt to generalise the results of excavations at Tayma, an oasis town in northwestern Saudi Arabia. It turns out that Dr. Garcia has bigger fish to fry, but Tayma is still worth a closer look.

Garcia quotes Mario Liverani, the mind-bogglingly productive doyen of Ancient Near Eastern studies, as here [$432 Canadian? Seriously?] reconceptualising the Late Bronze Age collapse as "the emergence of new state structures (national and ethnic states), as well as of more decentralised forms of exchange that further highlighted the rigidities and difficulties of the old palatial systems." A bit later, Garcia talks about "new networks of exchange." Tayma grounds this bloodless talk of decentralised exchange and new networks, or, more specifically, nodes. Established perhaps under Ramesses III (1186--1155, our famed vanquisher of Sea People), but certainly reinforced under his rule, Tayma plausibly served as a waypoint along a trade route from Egypt to the Red Sea and via that route, the incense-producing areas of Yemen; but Ramesses' interest in it arose from its role as a point through which mine production from Sinai was being "smuggled" to Iraq. A new cordon of border posts in the Negev can be plausibly argued to control this trade, with a new or renewed interest in Tayma as a backstop. Both incense from Yemen and metals to Iraq via Tayma are trades that presuppose the ability to move large cargoes overland through the desert, and hence point to the domestication of the camel as decisively important. 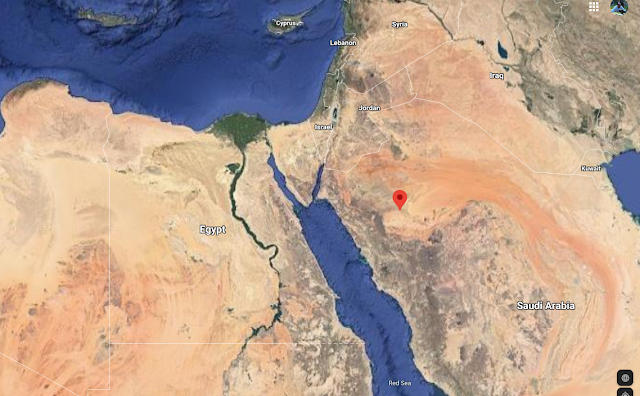 Invoking the Sherratts as well as Liverani, Garcia points to the Late Bronze Age's insatiable appetite for metals, and seemingly boundless capacity to absorb them before, bewilderingly, shifting to what seems like an epochal change at the exact right moment for a Late Bronze Age crisis. In his sweeping picture, metals were money from at least 2600BC, when silver perhaps replaced copper, and drove an extraordinary coordination of standard weights and measures from all the way east in the Indus valley to Egypt. Using a variety of Agadian and Egyptian evidence, he shows a high exchange ratio of silver for gold, from 3 or 4 weights of silver for one of gold in Iraq as low as 2 to 1 in Egypt at various times. This seems to reflect the otherwise widely attested availability of gold in Egypt (perhaps driven by gold panning at the cataracts and not trade routes stretching deep into the African interior) and hangs a huge question mark over the methods by which the Ancient Near East secured silver. While there's no reason to think that cupellation was invented at the Bronze Age/Iron Age transition, it must have become more common then, with the silver of earlier periods a mixture of native metal and byproduct of electrum leaching silver/gold alloys to produce higher-grade gold.

That is, that is the only way I can make sense of the gold/silver exchange ratio. The copper/silver exchange ratio is a more by-fiat seeming and reasonable 100 to 1 for much of the Bronze Age, insofar as we can tell, but plunged abruptly to 60-1. Garcia quotes Liverani as attributing this to Egyptian exports of grain to Anatolia, otherwise cited by authorities more interested in showing the exogenous roles of climate change or volcanoes or epidemics or what-have-you (I keep hoping for marine transgressions and erosional macro-events to make a come back alongside their siblings!).

Personally, I'm going to flog on with my own preferred Ancient 2008 event, the "monetary crisis brought on by a collapse in the value of bronze [copper]." Of course, as Dr. Garcia points out, it maybe the limits of our sources that lead us to suppose that anything changed at all. Is there any reason to think that we are looking at a change?

I am going to propose that Classical Antiquity's enthusiasm for bizarre organic products exported long distances is a pointer to just exactly such a change. As long as we are talking about incense, freighted with meaning ("Incense owns a deity nigh/Prayers and praising . . .") and purple dye, so bizarrely scant and, again, fraught with meaning, we're firmly in the realm of the exotic. But if it turns out that precious silphium is just a common desert herbage found from Cyrenaica to southern Portugal, with an imaginary contraceptive power?  At this point we've moved a long way from a more decentralised and democratic trade escaping the royal and temple-based nexi of power and back to a trade in elite prestige goods. The difference is that these products, unlike metals, are inherently consumable. It seems as though they would be just plain, inescapably better for elite status displays than metal jewelry.

Beyond that, I wonder if they mobilise long distance trade that would otherwise not exist? The South Arabian incense trade is rooted in the long distance, seasonal cycle of animal herding in the Arabian peninsula; Cyrenaica seems to have been a suitable point at which to tap similar infra-Saharan cycles of pastoral movement and exchange. Silphium, incense and purple are olive oil on a newer and wider gyre, providing an extra profit centre and some kind of insurance for those who might otherwise be reluctant to stake the future of their tribe on the availability of pasture at the end of a long journey across the desert steppe. It might then simply be the rise of Carthage that causes the "extinction" of silphium. As Cyrene is demoted to the status of a mere regional centre, everyone can stop pretending to care about silphium.

(The lyrics were a lot less objectionable when the Brothers-in-Law recorded it in 1962 or thenabouts.)
Posted by Erik Lund at 3:53 PM