A Technological Appendix to Postblogging Technology, May 1951: Audiovisual Aids 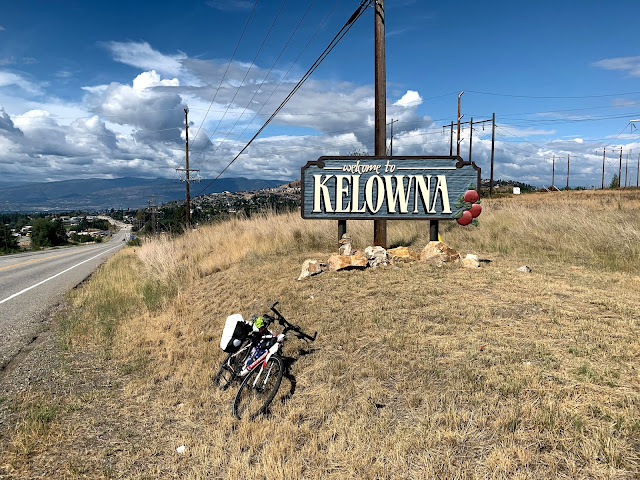 So I took my summer bike ride last week, nine days, seven in the saddle. This is the final downhill coming down from Rock Creek Summit, the height of land on the old Kettle Valley Railroad that became Highway 33. so I'm showing off a bit with this particular vacation photo.

(Although in terms of climb and gradiants Highway 33 has nothing on the Hope-Princeton, the route that my family used to take on vacation in the distant days of the 1960s, when the highway was new and home movies, about vacation trips and this and that, were the rare enthusiasm of hobbyists. 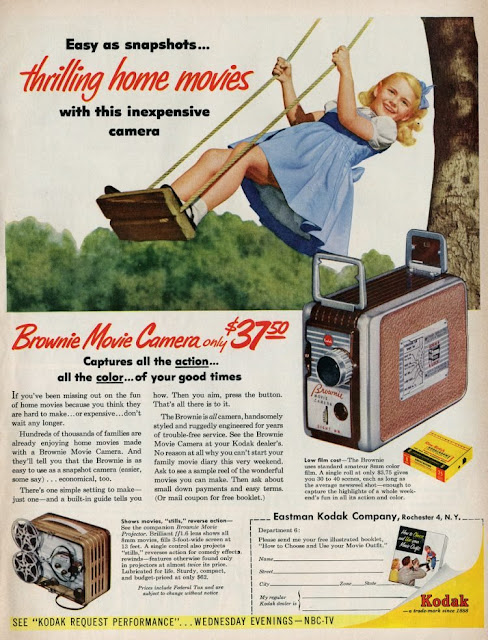 Bell and Howell, the company at the centre of today's post, incorporated in 1907 as a manufacturer of filming accessories, but by135 offered home projectors and movie cameras suitable for amateur use. It's actually a pretty impressive little industrial complex. Someone who wanted to preserve their family memories forever needed a projector, screen, and camera. They would also need 35mm film, and plenty of it, and they would need to have it developed. Throw in cans and furniture, and it could potentially be a fair chunk of change. Unfortunately for Bell and Howell, the intersection of hobbyists with the money to live vicariously through their camera lenses and a family that would pose for the camera and voluntarily watch the results did not add up as much money as was wanted. 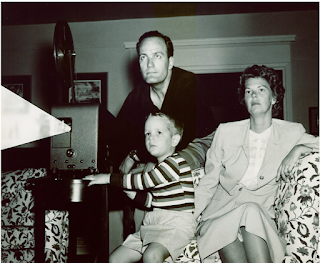 Bell and Howell set up an educational division in 1932, which seems to have had some kind of strange partnership with Devry, which also came out of the movie-filming sector before moving into private education. You would need a real corporate history and not a brief Wikipedia blurb to develop the relationship between the two firms, but that is not what this post is about today. Today I am putting a marker down on another front of the 1950s struggle with low postsecondary education: The Rollins College scandal of 1951, in which Hamilton Holt's handpicked successor as president of the prominent small liberal arts college, Paul Wagner, was fired in the midst of a campus revolt that made headline news. Jack Lane and Randy Noles worked up a pretty complete account of the scandal, which was published online at Winter Park in 2017.

The Bell and Howell angle, which was only rumour and innuendo at the time, does not come up in the rear view mirror at a distance of 70 years, but they do make it clear enough that the 32-year-old Wagner had no business being a college president, so one can understand how conspiracy theories might flourish in the wake of Hamilton Holt's decision to hire him in the first place. Wagner instead shows up in the train of another strain of early-Fifties academic trendsetting: He was a University of Chicago graduate and seen as a Hutchins disciple. The joint authors do note that

After graduation, he became an English teacher at the university’s experimental high school, where he was a pioneer in audio-visual education. He then earned a master’s degree in English at Yale, where he attended on Carnegie fellowship, before returning to Chicago and joining the faculty at his alma mater.
Shortly thereafter, Wagner became an instructor at Teachers College, Columbia University, in New York. He also wrote feature stories and drama reviews — as well as some of the earliest columns about television — for the New Haven Journal-Courier

Even by the time that he flew down to Florida on a whim to audition, uninvited, for the presidency of Rollins College, there were enough mysteries attached to the man's resume to make "No second acts in American lives" a bitter irony. When you consider his life after his utterly disastrous and very public dismissal, well. In a banana republic you would just assume that he was the president's son or something. I am not precisely clear on how this kind of thing happens in America.

Not surprisingly, for a man of Wagner’s gifts, he bounced back. The deposed president went on to become executive director of the Chicago-based Film Council of America, then a vice president of the New York-based public relations firm Hill & Knowlton in Manhattan.
He divorced and remarried Jeanette Sarkisian, who later became vice president of the Estee Lauder Companies. After her retirement in 1999, the couple founded a public relations firm specifically to work with nonprofits on a pro bono basis.

I guess we just assume an attitude of vast disinterest and move on. Maybe I wouldn't hire the guy as a dogcatcher after what he pulled at Rollins, but obviously Hill and Knowlton know better.

I do, however, note that the throughline in audiovisual education remains. In the end, I am left with the suspicion that there is something to the rumours. There was, at some point, a serious scheme to replace Rollins College instructors with home movies, and that Hamilton Holt was sufficiently involved for the whole thing to be well worth burying with the esteemed old educator. Bell and Howell, meanwhile, went in halves on buying the Ohio Institute of Technology in Cleveland with Devry in 1953. I suppose that it is not impossible that they tried out their ideas there, but the early history of Devry campusses is not of much interest to anyone, and substituting home movies for lectures is an idea that, it turned out, had no legs.