A Technological Appendix to Postblogging Technology, May 1952, I: No Fatigue Yet 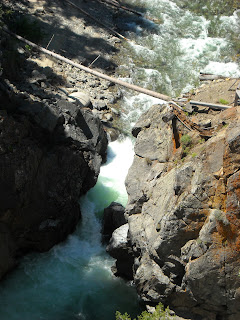 I am leaving for my annual bike ride across the mountains to Grand Forks, the improbably remote location of my hermit Dad's old folks home, on Saturday, 20 August. I will be returning to Vancouver on Sunday, 28 August. Because of flooding damage, I will be riding the historic but for the most part determinedly unscenic but historic Highway 3 (Crowsnest) again. Check out the defensiveness of the Wikipedia article about the Falls of the Similkameen at Wikipedia. No, really, you can see most of the Falls from one specific point on the highway if you keep your eyes peeled.

I mean, I guess. If I remember, I will post some pictures of the Osoyoos-Bridesville  leg as I go. "Anarchist Summit" isn't nearly as historic a name as you might think (no Doukhobor cult leaders murdered by bombs on this route), but it's a fun name and a great biking challenge.

And by that time, I will, like a heavily-worked thin section of 75ST aluminum, I will be fatigued. Hopefully, I will not have a crack propagation problem. 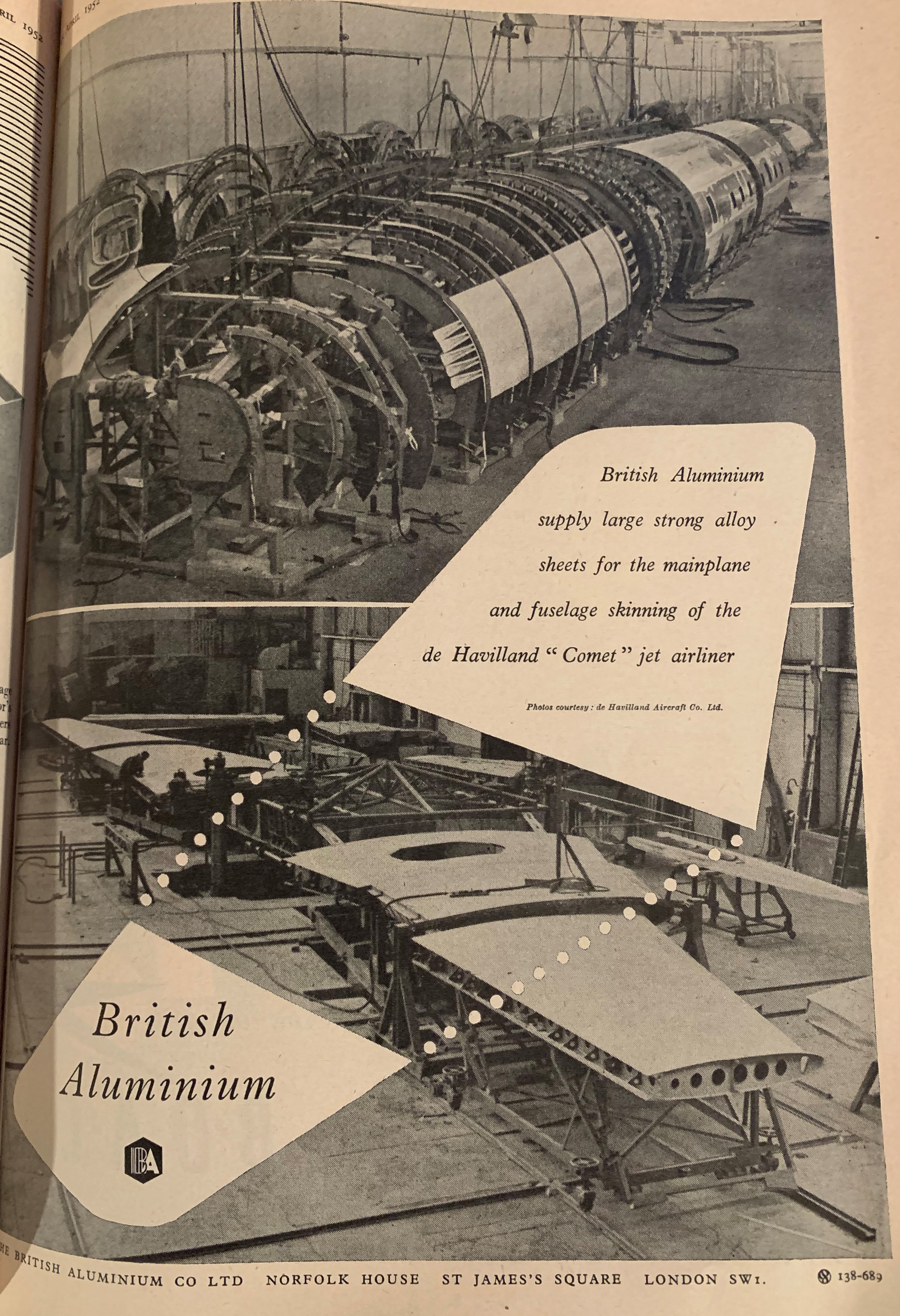 We missed the special Flight issue on the Comet. I mean, I didn't. Thanks to the Great Robot Uprising of 2020, I have the UBC Library's 1952 issues of Flight in my apartment until such time as another user wants them, which, not bloody likely. I liked the Sperry ad most, but this one, from British Aluminum, seems like the most hubristic celebration of all.

The point, for anyone living under a rock, is that, per Wikipedia, within a year of entering service, 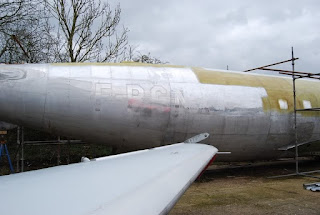 "three Comets [were] lost within twelve months in highly publicised accidents, after suffering catastrophic in-flight break-ups." The view looking back is that this was a historic disaster. Marching forward through the years, it seems less remarkable. From the newstand date of the next issue of Flight, 16 May 1952, five Curtiss C-46 Commandos have crashed in the last six months, and there will be five more lost by the end of the year. Three of the ten were engine failures, with another three being unexplained losses over the sea. Many of the other very numerous air accidents over the same period were engine failures, and a high proportion of them involved the Pratt & Whitney R-2800. The long series of propeller-failure driven Boeing Stratoliner accidents have just begun, accidents implicating the turbocompound engines which, we are being told as of the spring of 1952, will be the high economy bridges to the jet era for the American airlines. Eighty-two of the 338 DC-7s built, will be hull losses. I could go on, beat the dead horse of the Martin 2-0-2 or talk about the early service groundings of the DC-6 and Constellation, but any fan of American vintage flying metal will be justifiable quick to point out the uncanny similarities between the Comet story and the even more complete fiasco of the Avro Tudor. Don't people learn from experience?

The incredible thing is that, apparently, they don't. I provided a link to the scant Wikipedia biography of William Shepherd, MP (Cons., Cheadle) in my last post, but link fatigue being what it is, I'll bring it forward here.  Shepherd was born in 1910, died in 2002, worked as a "manufacturing chemist" and company director before (the article implies) going to war in Northwestern Europe. So, probably, worked for a family firm. An MP for 21 years, he was a career backbencher, known for his membership in the Conservative Parliamentary Committee on Trade and Industry, for speaking out against the reform of the anti-homosexual laws, and for becoming a Social Democrat in the 1980s, long after he left Parliament.

Shepherd seems to have been a loyal servant of his constituency. I find it hard to believe that he came to Parliament with formed opinions about restrictions on vacuum tube imports or the duty on chromed kid leather gloves, and the question about whether existing British types were guaranteed against premature loss due to metal fatigue seems very pointed. The first Martin 2-0-2 loss (I guess I am still beating that dead horse) was due to the unexpectedly short fatigue life of its original 75ST wing spar, and the Al-Mag alloys had been slow to enter service because of fatigue concerns in the first place. Farnborough's "safe life limit" approach to fatigue management  originated in the recommendations of an Australian court of inquiry investigation into a 1945 Stinson Reliant crash, published in February of 1945.

The issue here, made abundantly clear when the records were declassified, is that while there were weak points and manufacturing issues in the Comet's fuselage, the real problem was that the fatigue life of the materials used in the aircraft were grossly overestimated. This probably has a great deal to do with the extreme stresses imposed on the airframe by its very rapid climb and descent, and by its unusually high operating altitude, requiring a higher standard of pressurisation than is adopted even in modern aircraft. Since these concerns did not go unexpressed at the time, one comes back to

this graphic, produced for Avro, rather than for de Havilland, but still enlightening. The brutally simple fact is that the Comet was not going to be economical without this flight profile and without the extremely light fuselage de Havilland achieved with its lavish use of light materials, thin gauges, and innovative manufacturing methods. With Avon engines, a heavier Comet could be as economical as a light ghost-Comet, but the calculus of risk is simple: The Comet should not have been built.

It sticks in my craw to say it, but the American critics of the Comet programme were right. William Shepherd was right.

Also, De Havilland is responsible for the deaths of the passengers and crew of BOAC Flights 783, 781, and SAA 201. And probably the company was led into error by the misleading experience of the Mosquito and Hornet, so some spare fingers can be pointed in that direction, too.