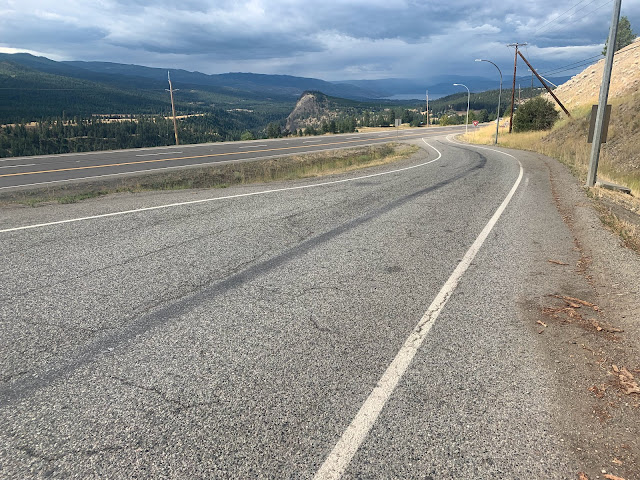 Sometime during his Christmas, 2013 visit to his sister, just as his mental decline was getting in the way of his packrat intellectual curiosity, my father bought a copy of Reza Aslan's Zealot: The Life and Times of Jesus of Nazareth (New York: Random House, 2013). The Guardian review describes it as controversial, which must be true, since there's a Wikipedia article. However, when I actually bothered to read the review, it seems that the Guardian has Aslan's number. He is a prominent public Muslim, wrote provocavtively to rile up the rubes, got a hostile interview on Fox, and from there it was just a matter of counting my Dad's money.
And also my attention, as I read it in my motel room overnight on Wednesday. In my defence, there is only so much you can do with 92-year-olds, Grand Forks, or a body in the midst of an 800km bike trip, and because She-Hulk has so far settled into half-hour episodes, and there the book was on my Dad's shelf.
But there's a bit, just a bit, more of interest here, including a lede that Aslan buries, for some reason.
Aslan gets me to read, at least, by offering a provocative interpretation of the sources. Modern Biblical scholarship accepts that The Gospel of Mark is the basis of two of the other Gospels, and the last, Luke, is not very credible. Although Aslan believes that Matthew and John also bring in another, lost, source, the "Q Gospel," which is, in my understanding, not a thesis that is aging well, his biography is going to be based on the latest scholarship about Mark. Which is excellent, since Mark is these days deemed a masterpiece of First Century literature, with some very clear points to communicate through skillful use of the tropes of the biographic and dramatic genres.
The author behind The Gospel of Mark, whoever he was, was an interesting guy. And since he was writing in 66--72, he is probably the closest we are going to get to the nature of the catastrophe of the Second Temple, which is, of course, important to me for the insight it gives into what I hypothesise to have been the age of the sanctuary-economy, extending from the re-emergence of the state in the Early Iron Age to the fall of the Roman Empire. 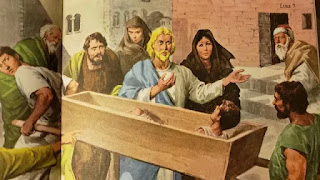 Except then Aslan throws out the "Mark as literary genius with an agenda" and turns him into the biographer of a primitive rebel. Now, the argument that Jesus was a primitive is the least thing to controversial that I can imagine. It is not accepted, mainly because the sources won't allow a definitive choice between the three options of primitive rebel; middle class conformist; and sex, drugs and rock and roll guy; and various mixes and matches. But I type "Jesus Primitive Rebel" into the Google Box, and here's a scholarly article with a nice review of the literature going back to the Nineteenth Century. Was Jesus a seditious rebel mixing up anti-Roman, pro-Jewish and class activism? That's what (some) people say!  Fernando Bermejo-Rubio does, however, make the case that this old, old argument is capable of riling up some people.
I guess the supporting argument from silence is the fact that no-one wants to touch the "sex guru" angle, even when they're deliberately courting controversy. I mean, in spite of Aslan's claims for his mastery of the literature, I had to find out about the Secret Gospel of Mark by Wikipedia-hopping, and I have got to say that the nervous attempts to refute this (lost) source leave me all the more convinced that Jesus had something Tantric going on with his disciples, and in particular with Lazarus. I mean, would it be all that surprising if Origen's church was still working blue? The point here is that New Testament scholarship is so conservative that  Jesus-as-social-revolutionary is the hill they will die on long before they get to the really outre stuff.
The other thing that persuaded me to give Aslan a read was a nice timetable at the  head of his book, for which sort of thing I am a sucker. Of course, grouping facts together suggests a causal connection that may not exist, but here is the sequence:
(This entry is not actually part of the timeline): 40BC Herod the Great defeats a Parthian army besieging Jerusalem and secures his status as a client king of Palestine. During his reign, the former, "Hasmonean" Temple is greatly expanded. 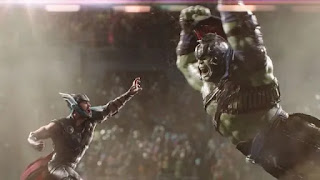 May/June, 55: Paul arrives in Jerusalem seeking funding for his missionary activities. According to some scholars, a confrontation is also brewing with the purported long-time leader of Jerusalem's Christians, "James the Just, Brother of Jesus." The confrontation culminates after Pentecost, with Paul being implicated in sufficiently serious disorder as to be arrested, stand on his status as Roman citizen, and be shipped off to Rome after a two-year detention in Caesarea, after which we the author of Acts of the Apostles loses sight of him, allowing for him to be executed on arrival or later, perhaps in the persecution of 64, with other adventures in between. Aslan develops the claimed confrontation at some length, with James having Paul seized and forcibly shorn under the terms of a Nazirite vow, while Paul throws James down a flight of stairs in the Temple compound. All an imaginative reconstruction of a medley of unreliable sources, but a lot more fun than some Bible history!
58AD: Josephus records the assassination of Jonathan, the High Priest of Jerusalem in a shockingly public manner. Aslan takes this to be Jewish internal politics, and confidently associates Jonathan with Ananus,  whose image is sharpened into one of  a long-time Boss Tweed of Jerusalem and the Temple.
62AD The current head of the Ananus political dynasty secures the arrest, conviction and execution of James while Palestine is between Roman governors.  It is of great historical salience that we have this detail, including James' fraternal relationship with Jesus, from Josephus, and not a Christian source. It also tends to promote James' importance, if not precisely vindicating a scenario in which he has a public shoving match with Paul.
62--64AD Procurator Lucceius Albinus has a very short tenure as governor of Palestine, perhaps because he broke with the Anani, and perhaps because he just wasn't making enough money for his partners.
66AD By raiding the Temple treasury to send an emergency draft of money to Rome, the new Procurator, Gessius Florus provokes the Jewish revolt.
70AD Having gained the Imperial office, the Flavians turn on the still-rebellious Jewish state, and repress it, besieging and taking Jerusalem, and destroying the Second Temple, forbidding the reconstruction of the Temple and, for Jewish subjects of the Empire, substituting a temple tax payable to the Capitoline Jupiter for the one previously paid to Jerusalem.
The timeline here suggests a gradually escalating crisis, but there is a well-established counter-thesis of an abrupt fiscal crunch at the centre that also provokes the Boadicean rebellion of 60/61 and the fall of the Neronian regime in 68.

If we take the escalating crisis seriously, it is all about the money. Perhaps a million Jewish pilgrims a year, each taking it in the shorts on the conversion of imperial money to temple coinage; then paying the temple tax to sacrifice; then buying an victim from the approved vendors to the high, Deuteronomic standards; then departing the scene as  the hereditary priesthood sacrifices, slaughters, burns, feasts, and, perhaps significantly receives the hide of the victim as a perk. (It does make sense that the metropolis of the alkali-rich Dead Sea would be a hide-working centre, and one is reminded that Paul is identified in his letters as a tentmaker, and might be led off into speculation about Paul's family connections.)
So this is a lot of revenue, and the "escalating crisis" thesis suggests that it is not sustainable, and that Roman attempts to tap it bring about a final fiasco. Within that framework, whatever we make of Jesus' cleansing of the Temple at the time, it is clearly the central fact of Jesus' ministry from at least the time of Mark, on. It is by no coincidence, we should say, that the one man amongst many who claimed to be the Messiah, and who came to be accepted as such, was the man recalled as the enemy of the urban sanctuary institution.
I could go on at length here, but it seems that Aslan over-eggs his cake enough that I need to be wary about placing too much reliance on the family dynasties that might lie behind the Anani, the Jesus/James connection, and also various other lineages of rebels. If I took them seriously, a fight within the Jerusalem establishment over the proceeds of the pilgrim traffic ultimately led to the killing of the golden goose.
And, crucially, along the way, an anonymous literary genius (who may, in his heart of hearts, have been more interested in talking about gay sex), laid down the ideological foundations for the complete rejection of the urban sanctuary state --circuses, games, sacrifices and all-- and of the whole framework of the Roman order.
That may not be the strongest or prettiest argument ever made in these parts, but I did write 75km and endure a grueling and much delayed bus trip across the Coquihalla yesterday, so I am going to atone my sins with a barbecued chicken now.
Posted by Erik Lund at 2:03 PM

Email ThisBlogThis!Share to TwitterShare to FacebookShare to Pinterest
Labels: Blue Plate Specials, Books That I Have Read, Fall of Rome