Seventy years ago today, the clock is ticking down. The second high tide of May is almost past. Tomorrow, too, the Allies may set sail under spring's bright sun, but chances are that Foreign Armies West would have picked up signs.

For the exhausted Landser, there is hope of sleep, of relief. The next high tide will fall in late June, itself a dangerous time as likely signalling the opening of the summer campaign season in the East. For the commander-in-chief, the dangerous implication is that the Allies will not land at the high tide, and that the obstacle belt along the coast will have to be extended further out to sea. Obstacle fields are key to positional warfare. 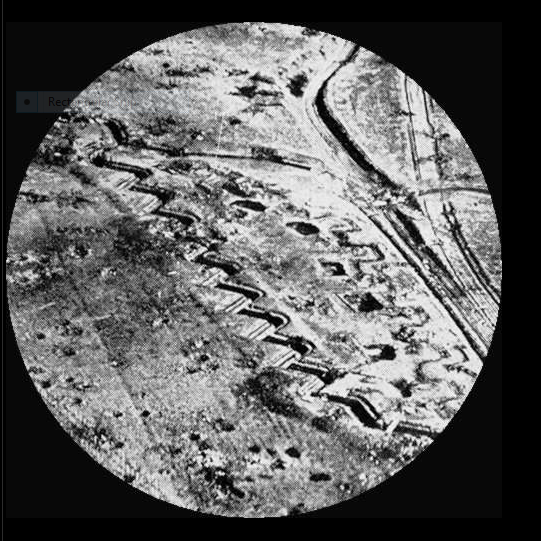 Sigh. Once upon a time, if you cranked "German tactical innovation" into your telegraph search engine, you would come up with the premise that the German army was all about a flexible defensive/counterattacking tactics that presented clumsy, unwarlike foreigners with a "forward area" of "resistance nests," covering a "Sperrlinie" of ditches, wire, inundations, and even the newfangled explosive land mine. Once we struggled through that, we would be halted on the "main line of resistance," and thrown back by a vigorous counterattack.

Curse German intellectual superiority. (Notice that we've gone back far enough that if we scratch the fashionable Edwardian racism overtly asserted here, we get to core beliefs about ....ecclesiology.

Anyway, nowadays all Google will turn up for you is tanks and Stukas --and Pierre'swesternfront. So enjoy the above 1917 aerial photograph of the Hindenburg Line at Cambrai, because it's the closest I've been able to come, under a strict time budget, to the dominating concept of the "Atlantic Wall."

Shorter due to extreme time pressure: notice the oblique angles? The ruling concept here is that what can be seen, can be killed. Therefore, defences are blind ahead, and instead cover the obstacles with infilading fire. They are not there to kill the enemy, but to protect the obstacles. Because the attackers can be seen, and will be killed. By artillery safely behind the MLR. Therefore, the most dangerous beaches in the defensive zone are those with dead ground that can protect attackers from defensive artillery fire. This point is not much discussed, for much the same reason that I would sidle up to it had I more than five minutes to finish this post: one of those beaches was OMAHA, and although the casualties there in part reflect how strongly the perceived weak point had been reinforced, there is more to say on the subject, obviously.

That said, High Command West is only tangentially concerned with the approaches to Cherbourg, because there is a much more dangerous dead-ground beachfront to defend: 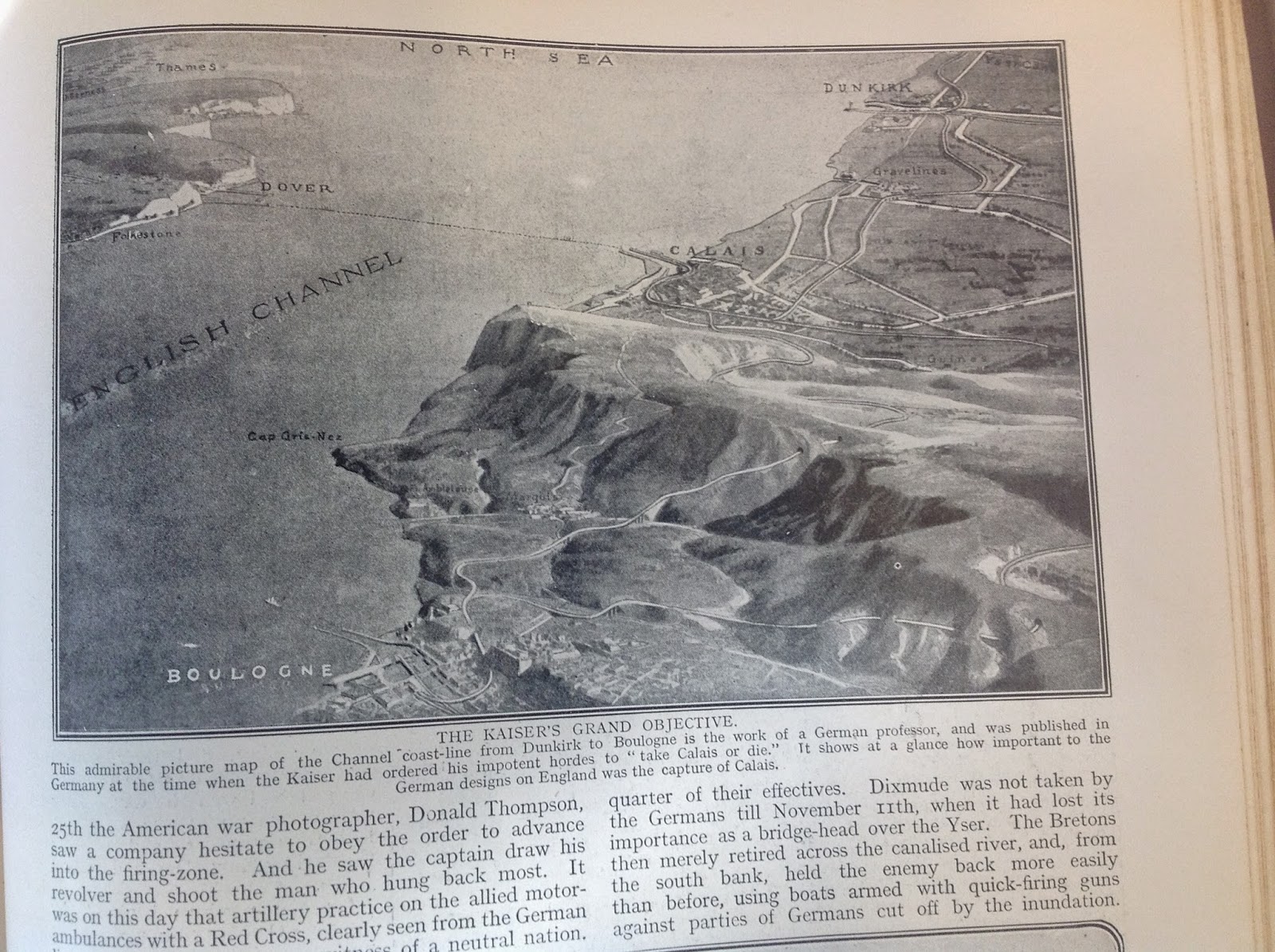 This is a repeat of themes from long-ago posts, and I am pleading time constraints for not cropping it. Here, on the other hand, is an original theft from here: the watershed of the Sheldt and associated rivers:

The lower border is the "Coalwood Road:" the direct route along the spine of the watersheds from the Channel to Germany. Now here is something for the High Command to worry about.

*One of Baron Kelvin's Tide Predictors, lifted from a 2011 Physics Today article.
Posted by Erik Lund at 2:37 PM