Incredible, but true: Two futures hang. Weather forecasters gave D-Day a go in the fine weather of the 2nd, demanded a postponement with the sun still shining on the 4th, and then recommended that the invasion go ahead on the dark and blustery morning of the 5th. It would not take much in the way of adverse conditions to defeat this invasion.

This. A vision of the future. It could still be.


If we are wrong. If our modern Teiresias, standing on the porch of the temple to watch the birds fly, is not as wise as we think he is. Or, for that matter, if we ignore his advice.

There might be something foundational, a theory of mind and society that begins with the premise that you can, if you are smart enough, old enough, experienced enough, predict the weather. A little. Enough to give you confidence for the voyage or the hunt, enough to go out with confidence, or flee in time. "What care we, white the Minch is?" The hair should rise on the back of our necks at this miraculous ability to see into the future. 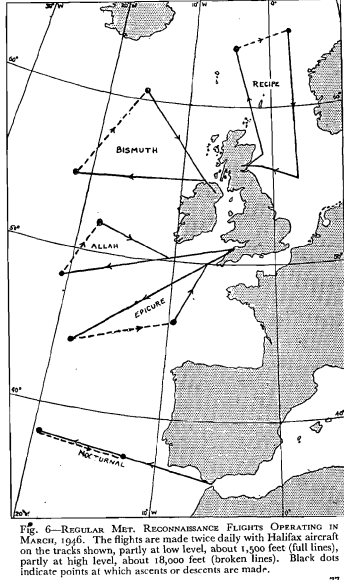 meteorological patrol. They will fly their Halifax V (that is, the G.R. V) 650 nautical miles west, 400 miles northeast, and then 1500 miles back. The special character of the flight includes an extra excursion to maximum altitude and an extended flight at 18,000 feet, with triple the usual number of weather reports, greatly incrasing the workload on Wilkes, the wireless operator, and Ozaist, the Polish mets observer. As usual, there will be a series of extended legs at 50ft altitude, making it extremely difficult for Bristow, the navigator, the take air speeds from drift sights and flares, RDF being unavailable due to antenna failure back at Tiree. Engine failure, St. Elmo's Fire, and the persistent inability to pick up RDF dogged the 9h, 35 minute flight.  Another Coastal Command meteorological flight, out of RAF Bawdy in South Wales, would be lost with all hands this same night.

The weather data brought back from these crews could not have influenced Group Captain Stagg's recommendation that the invasion could go ahead. The recommendation was entered into the war diary at 0415, 5 June, and would have been made on the basis of a flight like this one. We are simply lucky enough to have this anecdote recorded for us, from Wilkes via Bristow, thanks to Geoff Pringle. It would, however, have gone to the unedifying bureaucratic warfare between the American and British weather forecasting teams, led respectively by Norwegian meteorologist and born North Atlantic fisherman, Svend Petterson, and Colonels Krick and Holzmann of the USAAF.

Petterssen, a proponent of the "Bergen School," emphasises on data gathered on the ground, as it were. 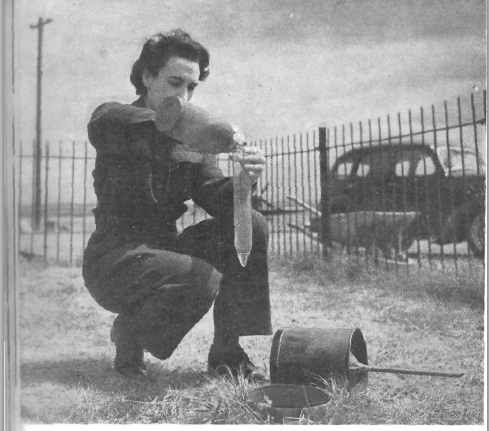 Krick and Holzmann, championing the "modern, scientific, American analog method" would seem to have been more influenced by seasonal trends, big picture theorising. 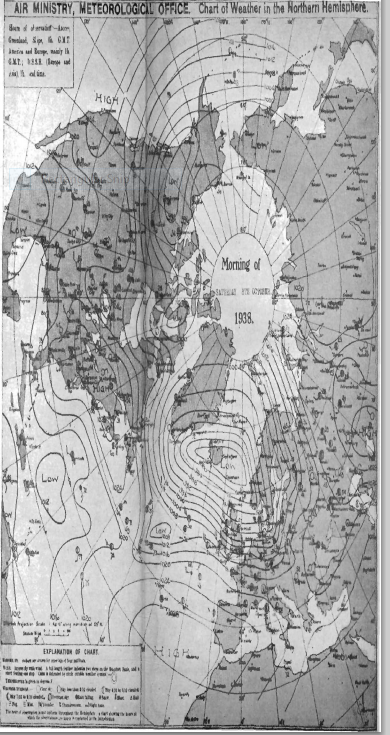 I think? Here, in any case, is James R. Fleming's account for the Proc. International Commission Hist. Met. Taking Fleming at his word, I've added a "Patent Troll" label to this post as much to celebrate Krick and Holzmann as for the radiosonde, below.

The radiosonde takes pride of place as this post's "D-Day secret technology." Here is the Wikipedia article, which, of course, gives pride of place to an American inventor. The idea behind a weather balloon is obvious enough. The trick is to be able to access scientific instruments remotely via electronic means. Fleets of radio-sondes released into the North Atlantic weather streams demonstrate that this was achieve. The engineering effort that made it possible, on the other hand, gets neglected. Anyone interested in pursuing the issue might begin with C. M.Botley,  “The British Radio-Sonde.” Quart.  Jour.  Roy.  Met.  Inst. 72 (1946): 171-3. 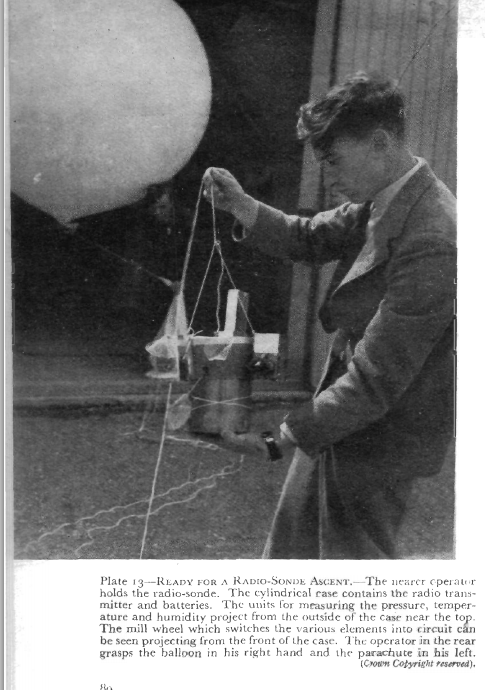 The more profound implication is that we have begun to probe the upper atmosphere with science, searching for information. The postwar era is going to see a great deal more of that. Remotely accessed instruments, mass science, global communication networks, ultimately the most remote and majestic automatic weather stations of all. It is born of an age of flight, and is about to come to its greatest test. If he can predict tomorrow's weather, Captain Stagg will give us the future we want.

Also, thanks to the Lilithgow Library of the Agricultural Research Institute in New Delhi, here is the Binnacle Books Series of the Golden Galley Press on the bright and shiny new science of weather forecasting, as of 1949. The images are from there. The one idea not pregnant within its pages, the global teletype network, deserves its own post at some point.
Posted by Erik Lund at 9:45 AM