D-Day is not going to happen if the mines aren't swept. It is hard work and an honourable job, but also a boring, quotidian one. Quotidian is boring: Rick Atkinson deals with it in a single paragraph on page 37 of Guns at Last Light (2013; (36--7). The largest mine warfare effort in history with the gathering of "some 255" vessels in Area Z, the marshalling area south of the Isle of Wight from whence the convoys will make their departures to the Norman shore. One paragraph. What else is there to say?


(If you don't recognise the moment, the extended Youtube clip is here.* The USN was not; not that I blame them. Out of the scarce money that Congress allocated the United States Navy, why, exactly, should so much of it go to fishing towns to pay men to do things they were going to do already, so that they would be ready to fight a kind of war that America would not face? It is almost as hard to lay mines as to sweep them, after all, and no-one was going to cross the Atlantic to launch a largescale offensive mine warfare campaign against the United States.

Not that the USN was short of minesweepers to do its part in Operation Neptune by 1944. Having learned from the fiasco of the "mass-produced" Eagle Boat in World War I, yet another disastrous Ford Motor Company would-be intervention in modern war, the Navy Department commissioned a British design and than some of its own, and dealt with as many mines as the enemy laid. American fishermen were more likely to go to war on amphibious craft than on minesweepers, but that's fine. One way or another, the needed human resources were mobilised for an attritional campaign in coastal waters that culminated in ...well, you know where it culminated.

To prevent an amphibious operation, you only need to deny the sea to the enemy. Rowed gunboats (and submarines), polished shields and some long-forgotten naptha compound of antiquity (unless the "Byzantines" really did invent gunpowder) have all been invoked by the imaginative, but nothing is so quotidian to the life of the sea as the naval mine.  Poachers have been making their livelihoods from the traps of others along the banks and shoals of the inshore sea for as long as people have been evasive about what they do for a living. Why not give them more than they're looking for? An infernal device will do.

Quotidian is boring: Rick Atkinson deals with the Allied mine warfare effort in a single paragraph on page 37 of Guns at Last Light (2013). He begins his paragraph-long account (36--7)  of the largest mine warfare effort in history with the gathering of "some 255" vessels in Area Z, the marshalling area south of the Isle of Wight from whence the convoys will make their departures to the Norman shore.

The total strength of Allied minesweepers, engaged in the assault,2 was 255 vessels. This force comprised (footnotes are internal to the originating webpage). I added the Wiki links, with the aim of illustrating the human strength of the flotillas, well into the five figures. Note specifically the failed attempt to cut the complement back from Halcyon to Bangor to Algerine. Sweeping mines took far more work in 1944 than it did in 1918:
but then looks back to "last Sunday," when the Royal Navy laid "secretly planted underwater sonic beacons" which now activate to guide the sweeping flotillas into the entrances of the pre-selected swept channels. Notice that this implies that the beacons can be activated remotely, as the first sweeps were cancelled on receipt of an unfavourable weather forecast at 0840, June 4. It is an impressive bit of electronic engineering, and one that I have never heard of elsewhere, unlike the LORAN (in this context QH and QM) that makes this precision of navigation possible in the first place.

Boring is vital: The initiative belongs to the would-be sea denier. The Germans were always able to hold something back. In  Michael Melvin's words, “the Germans were always one step ahead.” The mines did not even have to work. German coastal defences covered the inshore minefields. The minefields covered the defences.  German surface forces did not have to sink Allied ships, only lay mines. The residual threat meant that the Allies had to deny German light forces the invasion waters, not brush them aside. The DD clashes of spring 1944 flowed from this.

Nor, as usual, have we begun to scratch the surface: 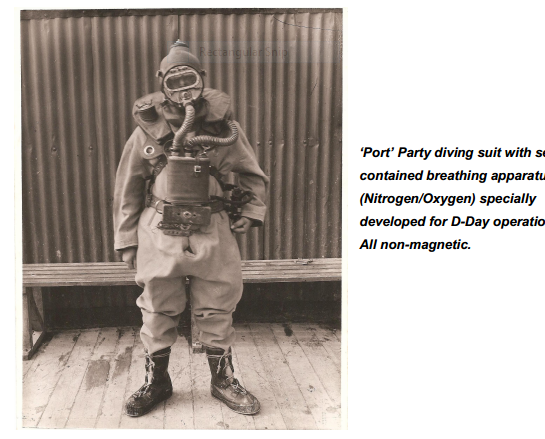 *Oh, no! Spencer Tracy! Kind of subtext-y, in retrospect.
Posted by Erik Lund at 9:11 AM