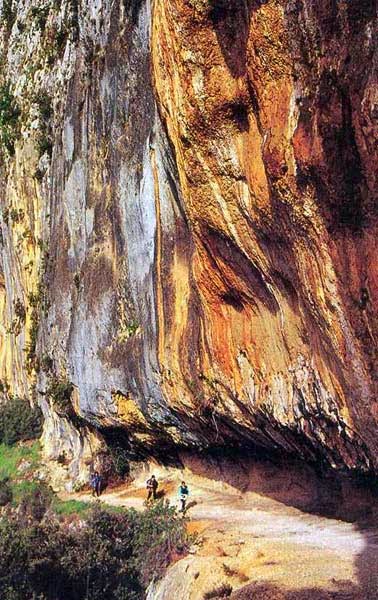 At the edge of sleep, madness and insight chase each other. The Owl of Minerva flies, along with !00 Group, Bomber Command.*

As darkness falls on the night of 5/6 June, 1944, others are going mad. Over the past week, Allied fighter bombers have been smashing radar stations along the invasion coast of France with rocket salvoes. Some stations have been repaired, some were not suppressed, others were not attacked at all. A reflective man might suppose that the last, at least, were being deliberately spared to play their parts in a massive feint. That would be a bit paranoid, but it does not change the fact that massive electroniv feints are on their way.

The massive invasion armada that are about to appear in their instruments (Wurzburg did not use the now-intuitive CRT display) are on headings towards Boulogne and Cap d'Antifer. They do not exist, except as a ghost of the ionosphere.


The real invasion is hidden behind a curtain of snow to the southwest. It does not matter. The Germans, vague about the effort entailed in delivering an amphibious attack, cannot relent their guard over the watershed road to Cologne is real. The roads that skirt the narrow watersheds of the Seine point in a less immediately dangerous direction, but must be guarded, too. A northabout route can skirt the sources of the Somme and head for Cologne. Southwards, there is a narrow gap between the sources of the Loire and Saone-Rhone towards the Belfort Gap.  Either way, a flying column, free of the need for major bridging operations, could penetrate deeply into Europe after a successful landing at  Cap d'Antifer, never mind the immediate threat to Le Havre, or the fact that the Seine is the gate of Paris I confess that when I wrote this, I expected to be discussing the first operational use of JOSTLE as a "secret weapon of D-Day." Unfortunately, while mighty JOSTLE was issued to the squadrons in May, it was not yet operational on 6 June. Given the device

JOSTLE (ARI. 5289):  Very high power frequency-modulated continuous wave jamming of enemy fighter control R/T channels on the frequency ranges of 3-6, 6-12, 12-18, 26-35, 35-45 and 45-54 Mc/s. JOSTLE was a huge equipment; the Mk. IV version was designed for vertical carriage in the bomb bay of the B.17 Fortress; it weighed 600lb and required almost 8KW input electrical power; and it required the full attention of a special operator. The transmitter delivered 2.0-2.5 KW of radiated power. To allow use at altitudes up to 30,000ft in the Fortress, the cylinder containing the electronics was pressurised to 35 lb/sq.in and was cooled through a heat exchanger. It was indeed a very large piece of kit.


this is actually a pretty short development cycle. (The quote is from a draft history Wing Commander John Stubbington, former Chairman of the 100 Group Association, and no longer posted online. See more briefly here.)

So for lack of a single magic bullet, the electronic deception is carried out by existing technology employed in mass.


"L44.5.1 Mandrel
After a big part of the German radars had been destroyed by bombs, three groups of airplanes
equipped with 2.40m jamming transmitters are deployed over the English Channel in order to
destroy the remaining “Freya” installations.

L44.5.2 “Taxable” and “Glimmer”
With the help of windows continuously being dropped from low altitudes a deception of ship
convoys approaching the French coast at 7 knots is created. The planned and continuously
changing targets are determined with the help of the GEE procedure (L42.3). To continue the
deception even when reconnaissance planes are used, a small fleet of boats is deployed that carry
reflectors fastened to balloons and “Moonshine” jamming transmitters (L42.6.1).

L44.5.4 “Tinsel”
English ground stations and an additional group of airplanes equipped with the English
jamming transmitter “ABC-VHF” (Airborne Cigar) jam the radar frequencies in the area where page 43
German night fighter planes are expected. The deception is successful and causes the German
counter measures to be too late. "


(Gerhard Lepcke, translated into English by Hannah Liebman. Full document. Feel free to ignore the childish and naively reactionary politics in the service of historical science.)


*Here's some disenchantment: The Mind in the Cave. The question is whether you can move on from Lewis-Williams and re-enchant the night.
Posted by Erik Lund at 8:51 AM