Edit: Made it better by making fun of people.

The chief technical designer at Republic Aviation, Nicholas Mastrangelo (and there's a name that would tell a story if Google would only yield to it) described the Republic P-47 as "[the] culmination of the knowledge gained by years of high speed airplane design." Someone else, who talks like a mid-century ad man (or comic book writer, the difference is moot) put it less modestly:

Introduced as a high altitude, offensive fighter, the P-47 with eight .50 cal machine guns, was later equipped with supports for rocket tubes and a cluster of demolition bombs. It can also function as a ground strafer, tank buster, tunnel buster, hedge hopper, and dive bomber. With a bomb load of 2000 lb. capacity, its weight is more than 7 tons. Powered by a 2000 hp, 18-cylinder Pratt & Whitney engine, its speed is in excess of 425 mph; range more than 1000 miles; ceiling about 40,000 ft. Wing span is 41 ft.; lenght 36 ft., 1 ¾". Propeller may be either Curtiss-Wright electric or Hamilton Standard, hydraulically controlled, constant-speed, four-blade assemblies. (Hamilton Standard type shown here).

Just so you know that the USAAF had a plane to fill the vital "hedge hopper" and "tunnel buster" roles.


If you're struck by the idea of hedge-hopping in an aeroplane with a wing loading of 58.3 lb/sq. foot (compare 49.4 for a fully tricked out FW190 or 39.9 for a De Havilland Mosquito),* I assume it's because you're some girly-man European. Ask yourself: am I a cheese-eating surrender monkey, or do I like cal .50s? I think the answer will fall out of the exercise quite neatly.


And now I am done being unfair to Mastrangelo and Republic Aviation. Alexander Seversky at the height of the Depression, won a fighter contract with the P-35, went on to get the P-43 flying, and was well into seeing it developed into the P-47 Thunderbolt, a plane that was only freakishly gargantuan because nothing smaller could support the engine and supercharging configuration into which Wright Field had locked America's domestically-designed pursuit force. At which point he was forced out of his own company by "financier Paul Moore," to quote Wikipedia.


It could have been worse. The P-47's rival was an "air superiority" type that had to form up in defensive circles when intercepted by enemy pursuit:

And when the iron requirements of thrust-to-weight ratio were relaxed by the addition of "night fighter" to the specification, the West Coast decided that the futuristic looks of the Lockheed Lightning were so cool that they justified a fighter that was bigger than a medium bomber. What must have been especially aggravating for Seversky is the planes that the War Department ordered in preference to the P-43. The Curtiss P-40 at least extended an existing line of pursuit fighters, capitalising on existing expertise, but only at the expense of accepting a GM engine with an obsolescent single-speed supercharger. The other winner was by a first-time entrant that combined the same engine choice with a freakish, doomed configuration.***

So I've said "freakish" several times. That brings me to the actual topic of this post, to wrap around eventually to War Department procurement policy.

Postblogging 1939, July, II: "A guy could have a pretty good weekend in Vegas with all that stuff" 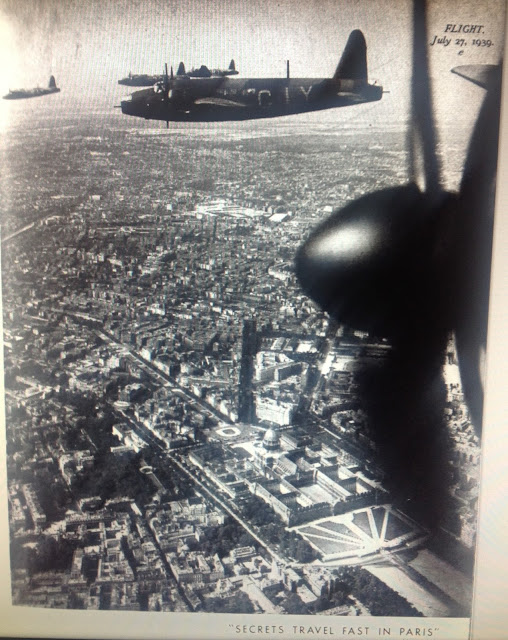 Secrets do sometimes travel fast. Or, sometimes, they take a year or more to emerge.

Email ThisBlogThis!Share to TwitterShare to FacebookShare to Pinterest
Labels: Fall of France, Pirate History of the Atlantic, Postblogging, Substructural History of Strategy

The Sabre has appeared on these pages before. That's because it's arguably the most complicated production piston aereoengine of World War II. (Talk about running prototypes, though, and the sky's the limit.) Although I've already thrown up this contrast once before in this series, it is still worth a reflective pause to think about the company that was still representing itself to the world through the Napier Sea Lion, above, while it was running a prototype Sabre in its workshop. Also, for reasons that I will not get into, because I'm a little ashamed at how slow has been my progress, I need to acknowledge the assistance of Dr. Stephen Miller of Berkeley, and he has asked for a plug for the effort to revive the Nemean Games at Athens.

Now it's time to talk about planes and engines.

I am heartily glad to hear by wire that this letter will find you home and healthy in Vancouver. This gives me an opportunity to share what I have learned this month, which is a great deal. I have learned this month that there are speeds for the old and speeds for the young, speeds for one political economy, and, more specifically, low-altitude speeds for an aeroengine supercharger or a wing flap-slat, and, with another gear or setting, a high-altitude speed as well. I rather poke fun below, and I am told that, had I been paying attention, I would know about the Rolls-Royce "two speed superchargers" by now. The point, however, your son says, is brought out by an indiscreet cartoon published in the first week of the month by The Aeroplane. Even if the technology originates with Farman in France, the implications of the metallurgy of the new Farman-Rolls-Royce supercharger and of the Youngman Flap, also indiscreetly revealed by that paper, is of a combustion-turbine airliner, perhaps while we are still  young enough to fly. As for political economies,  one is ever more pressed to ask whether or not this is a direct consequence of just how large a national defence loan the government is willing to take out. (Yes, I did see Maynard socially this month, but, rest assured that he did not lecture us. On the contrary, a copy of The Economist in hand, I drew him out for the enlightenment of my young Cambridge art historian friend.)

Speaking of speeds for the old --I shall leave you hanging for a bit about what I mean by that, and well you deserve it, you scoundrel-- as much as we share those happy boyhood memories of summers by the Arrow Lake, we can also share memories of being summoned away to Grandfather's side in our first war. Another war is very clearly on the horizon. we can hope, and we can work towards the end of seeing it reverse the verdict of the first. It must have been frustrating to be rusticated in its earliest stages. It would be even more frustrating for me if you derail our family's efforts with your signature rashness

As you may have been informed, Grandfather called Cousin Easton down from San Francisco to Chi'a Ta-wan to upbrade him for his overly familiar relations with "Miss J.C." The rather obvious point was made that until such time as we can schedule earthquakes to our needs, we must beware that side of our family that will profit if secrets come to light. In his customarily indirect (or, to be literary, "insidious") fashion, Grandfather has scotched the romance by ordering Cousin Easton to Hongkong to take over operations as from the end of manoeuvres in Europe.