Postblogging Technology, October 1947, I: The Farmer Feeds Them All 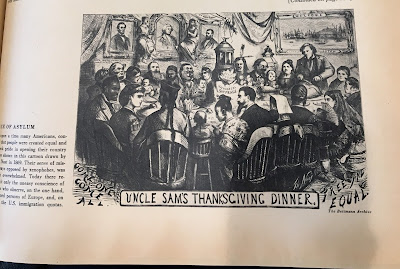 
You write to ask how I am settling in here in the Tall Trees, and to inquire after my fiance. I'm sure that you've heard that A. was in town to escort me at Homecoming, and make a show for my friends: the tall and handsome, red-headed Navy hero turned international man of mystery and all, but then the tipped punch bowl told the story of the same old A., however. I'm afraid that I stormed off in some anger and left poor B. to help him clean up.

B., if you were wondering, was in town because she and I  went up to San Francisco for some shopping earlier in the day. The Lincoln is acting up, and so I was most grateful for the ride. We met Mrs. C. and had quite an enjoyable afternoon doing girl's stuff, before she had to dash home to relieve the babysitter. Queenie wasn't up for joining us, but we had lunch with her in Chinatown.

DIM SUM! How could I live to see "21," and not know about this? In my family! Who is responsible for this horrible neglect? Who? Then, as is my all-too common habit, I dashed into the "morgue" far too close to closing, so I can't be sure there is an obituary I didn't find, but "Puter" is not a common name. Now I wonder where else I should look. Oregon? Canada?


P.S. Just heard about Reggie being invited to the course at London! So exciting! I've asked him not to fly over --New Years is just far too late in the year for Atlantic flying-- but it wouldn't hurt for him to hear it from his father, as well.

The Early Iron Age Revival of the State, II: How Far Can We Go? Collapses and Populations

This material largely revisits earlier discussions, but if I restate, I hope that I do so more clearly, and lay down the cards upon which I hope to win the hand.

Struggling with a labour shortage is not a new thing for my employer, but the last time was before the 2010 Vancouver Winter Olympics, and I do not recall it being anything like so bad. We were having problems finding cashiers, then, and "not enough cashiers" is a very, very different problem from not having the staff to open departments. So, even though last week's post was motivated by a probe of the old soap making industry that led from glycerine recovery boilers to the potash and soda trades, it was the idea of talking about  the Early Iron Age recovery from the Late Bronze Age Collapse that inspired me to take a hand. On the one hand, if "secular stagnation" is a recurrent phenomena, perhaps something that happened repeatedly in the earliest states on very short timeframes, as James Scott and Norman Yoffee have argued, then there is something to be said for interrogating past episodes of recovery.

Soap, Ash and Hope Chests: The Iron Age Revival of the State

It was, perhaps, just before Year 1 of the New Era of Ramesses XI, the age of the Whm Mswt, the Era of the Renaissance, that the foreigner, Nessamun, cozened a few gullible masons into joining him in breaking into the tomb of Ramesses VI and removing a cauldron of bronze and three bronze washing bowls. I say "perhaps," because it is likely that the trial was the cause celebre leading to the purges that lie behind the New Era. It certainly wasn't about protecting the tombs, which would be systematically opened and their goods removed, with the sacred mummies deposited in the Deir el-Bahri cache, along with an apology so unctuous that clarified butter would not melt in its mouth.

When a civil war needs to be funded, piety has to take a back seat; and a civil war that has no end, has no resolution, because there is no state to resolve it. Not until Adad-nirani succeeded to the throne of his father in 911BC did a state arise to trouble the nucleated, strong-man ruled cities of the Middle East, each with their vague spheres of influence. I do not doubt that I am putting things too strongly, but it does remain the case that for two and almost three centuries, human society in the Mediterranean basin had done without the states that had arisen in the Late Bronze Age to make war and diplomacy against each other. I also do not doubt that this stateless era was something short of a paradise.


I do, however, know that I am going in this afternoon to work the third of eight shifts in a row at a grocery store that can no longer open its produce department with its own staff during vacation weeks. Nor can I complain about my shift to a manager who is called in during her own vacations. Since this is a grocery store situated square at the University of British Columbia's gates, and dependent on student labour for decades, I would be inclined to point a finger at my alma mater's deceptive enrollment practices, were it not for hearing the same complaints from Control Temp people and the Frito-Lay sales rep. Either we find a catchy label to reconceptualise our times and make our problems go away, or we loot Pharaoh's tomb and call it a country.

Or we could solve the problem. Given that that seems unpossible in this diminished day and age, it's look at one place where it was solved. Just to simplify things, and to use some reading I've done anyway, since the whole point of belabouring my work schedule is to rationalise a time-saving post, let's look at Provence, from the last third of the Eighth Century to the late Fifth. (730--480BC, more-or-less.)

That means that I'm cheating, inasmuch as there is no pre-existing state order in the area to reconstruct, but of course I'm cheating. This post is not going to get done if I linger. (Possible LBA/EIA proto-states in Provence: (1, 2, 3).
Read more »
Posted by Erik Lund at 8:05 AM 1 comment: 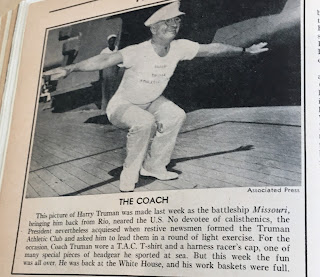 I think Reggie told you that I was taking these letters over for the winter? He's off in far away Massama --Massachatus --Massassa --however you spell it! And he found these letters too much of a drag on his studies, whereas I'm flitting through the Moderns here at a junior college where they don't even give out degrees. (Kidding, and if you ever make fun of Stanford back to me, I may not be able to guarantee being a member of the gentle sex!) So I am on the job until May! I'd tell you all about my exciting life, but it would boil down to my fiance and I having a very tense meeting with my parents, followed by the red-eye back to San Francisco, followed by Wong Lee very kindly driving me down to campus so that I could take in my very first lecture of the second week of classes. French literature. By a pompous --Oh, I just could --Well, a proper girl doesn't use those words! So I haven't much to report on that score. This weekend, hopefully, I will have time to get up to the city and see everybody, and I will have a complete report on how everyone is doing for you next time!