R_. C_.,
Shaughnessy,
Vancouver,
B.C.
Dear Father:
Please thank Mother for the care package, which arrived via Uncle George yesterday. I am not going to be able to write her before Friday, as direct after I mail this, I have to go down to the capital to have a very important meeting. I hope I will be declared persona non grata and sent home on account of my family feuding with Gitmo's family. My enthusiasm for this gig knows no limits! Tell Mom not to worry. He's not even shooting his real enemies right now, and  I'm a serving US Navy officer! But I'm probably just going to get another argument about how the Koumintang needs more planes to parachute more agents into the South. I'm at a loss as to what they expect to achieve from all of this. The only argument in its favour that I can think of is that some of it ends up in Chennault's pocket.
Ronnie is trying to recover from moots and prepare for final exams all at the same time. Those are , hard things that law students do. So she'd have no time for all those magazines even if the public health office (no joy!) saw fit to release it. And they're being extra careful now that diphtheria has broken out again down south in San Jose.
In the mean time, I'm trying to relate. In engineering, all you have to do these days is learn the solutions to the Three Partial Differential Equations You're Allowed To Put on the Exam. Some of my colleagues couldn't quite grasp that, but I honestly don't know why we aren't all on the honour roll. All engineers really need to know is how to punch out a mule, after all. I tell myself that that's what lawyers say about the first year law exams looking back, too. Maybe it's all for the best, as the more I think about it, the more I'm reminded that all the engineers are going back for their doctorates these days. I'd finally have an excuse to learn tensors!
Your Loving Son,
Reggie
PS: I notice that I've got a bit mixed up about where I am with Aviation Week. Well, that's tough. It's too hot to work and the custodian is outside waiting for me to go out for the evening so that he can update the cottage for summer. I don't think he's allowed to knock off until he's done, and it's already past 4.
Read more »
Posted by Erik Lund at 4:12 PM No comments: 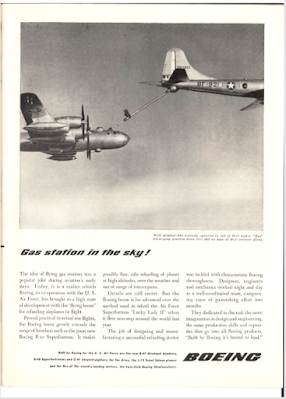 R_. C_.,
Shaughnessy,
Vancouver,
Canada.
Dear Father:
I'm sure you're not suprised to hear from me again.I'd say something sarcastic, or angry, but what is left to say? Palo Alto's public health officer is apparently allowed to lock himself in his house for as long as he likes (although the note on his office door at Memorial Hospital has been changed so that it doesn't mention the date he started working at home any more, so I guess that's progress of a sort). If you don't get your magazine subscriptions, then maybe you should stop being so cheap and resubscribe! I'm sure Time would like that!
I'd tell you more, but I've not much to say. Things are a bit tense here right now, and I've been showing the "better part of valour" at Uncle George's urging. I can't tell you how grateful I am that he's decided to stay in Hong Kong "for the duration of the filming." Quotation marks because I thought that your average Hong Kong movie takes about fifteen minutes to film, but I am not going to argue that he should be moving on when I feel like I need eyes in the back of my head.
Your Loving Son,
Reggie
Read more »
Posted by Erik Lund at 5:48 PM No comments:

The Plantation of the Atlantic: An African Reconnaissance

At the risk of repeating myself, it's worth restating where this investigation has been going. First of all, I have Lameen's challenge to think of a West African Age of the Reconnaissance, which turns out to be exactly right. And, second, we have the challenge of taking Morocco as a key actor in the European Reconnaissance seriously.
It is an old truism of the earliest "Reconnaissance of the Atlantic" that the Portuguese effort that eventually led to Vasco da Gama rounding the Cape and reaching India, began as an attempt to bypass Moroccan control of the northwestern terminus of the trans-Saharan trade in sub-Saharan gold, slaves and naturalia. Going a little further, Peter Russell suggested in 1994 that this effort was, on the one hand, an extension of an attempted Portuguese continuation of the Reconquista into the southernmost portions of the old Roman Diocese of Hispania, which is to say, Morocco; and on the other, a defensive measure against Castilian efforts to secure the defection of Hispano-Lusitanian grandees with opportunities to crusade.
All of this is interesting, but would be less so if, in fact, the Portuguese had just arrived on the African shore in 1405. In reality, the city of Ceuta has traded hands between Hispanic and Moroccan regimes so often that I doubt anyone can keep track, and, by extension, Hispanic and Moroccan regimes have their hands deep in each others' pockets since at least sub-Roman times. Therefore, Prince Henry's involvement in Morocco has as its mirror image, Moroccan interest in Portugal. Or, to put it another way, that it is all one political realm, and Moroccan politics have to be considered alongside Hispanic.
It is probably also worth noting that the core period of Henry's African adventure coincided with the period in which Henry's brother was being held hostage in Fez for a Marinid restoration in Ceuta. Ferdinand surrendered himself in 1438 and died in 1443, a period spanning the first half of Afonso V's difficult minority. During this short period, a series of expeditions along the coast reached the Bay D'Arguin and as far beyond it as the mouths of the Gambia and the Senegal. Henry, withdrawn from politics to his villa at Sagres, remained an entrenched opponent to any scheme for the redemption of the Infante Ferdinand, while patronising the geographical, and, perhaps, naval architectural sciences.

So any understanding of this adventure needs to focus on the political axis between Fez and Sagres. This much, should, indeed, be obvious. There is, however, that traditional blindness, or to be more charitable, professional unwillingness to overextend, that puts Morocco in a different category from Europe, drawing the line of political history at water's edge. There is also the foreshortening effect that makes far off countries seem smaller and more homogeneous than they would seem if we took their politics more seriously. Morocco, in particular, is a very big country. The Almoravid/Almohad imperial city of Marrakesh is 500km south of the Marinid/Wattid capital of Fez, and even a Martian would, when it was put that way, expect a north-south rivalry. It is, moreover, a rivalry that one can easily visualise as producing a kaleidoscopic variety of potential alliances. From the perspective of Ferdinand's uneasy custodian, the vizier Abu Abd Allah al-Sheikh Muhammad ibn Yahya, not only Portugal, but also Castile, Aragon, Tlemcen, Marrakesh and the sub-Sahelian states all had to be taken into account.
And for anyone from the marginalised North, South, East or West of any given polity, attention will be on the marginalised, the political interest denied its legitimacy by the simple expedient of grouping it into the larger state. Morocco had just been through an extended period of government from the south, by the Almoravids and the Almohads. I'm going to link to that classically bloated Hollywood epic, El Cid, again, just so that the reader can appreciate the way that even the comparatively heedless visual politics of the 1960s biopic could read the Almohads as a threat to northern Christians and Muslims alike. (And a reminder that mask politics is not new.) It's unfortunate that it was the Almoravids who sometimes trace their origins to a ribat on the island of Tidra in the Bay d'Arguin, but given that the Portuguese did not just happen to arrive in 1405, full of wide-eyed innocence, on the North African shore in 1405, the arrival there in 1443 of Nuno Tristao, and his subsequent attack on a village on the adjacent island of Arguin, has, or ought to have, resonance. As much as Christian slavers were an ominous novelty in African affairs, small communities on islands in the Bay of Arguin were an established threat to northern regimes.
Read more »
Posted by Erik Lund at 4:58 PM 4 comments:

Email ThisBlogThis!Share to TwitterShare to FacebookShare to Pinterest
Labels: Blue Plate Specials, Goodbye to the Vikings?, History of Science, Old Europe, Pirate History of the Atlantic

A Technological and Hometown Appendix to Postblogging Technology, February 1950: The First Broken Arrow


It shouldn't really come as a surprise that the USAF lost three nuclear weapons in Canada in the early 1950s. If there's anything this blogging has brought home to me, it's that the aviation world remained just astonishingly lackadaisical in 1950. I didn't think anything was going to beat Bermuda Sky Queen or the BSAA saga, but then I noticed that no-one was noticing the four major KLM accidents in the two-and-a-half years beginning 26 January 1947. KLM is not an airline that occurs to me when the phrase "safety problem" comes up, perhaps because no-one brings it up.

It's worth reflecting that the air search component of the Broken Arrow incident I will be discussing today was supplemented by aircraft called off the search for Douglas C-54 Skymaster 42-72469, which went down somewhere over the Yukon or British Columbia two weeks earlier with 8 crew, 34 members of SAC trooping to Montana, and someone's wife and baby (Joyce and Victor Espe, wife and infant son of Master Sergeant Robert Espe of 57th Air Installation Squadron.) The biggest air accident in Canada to that point and still the largest unexplained disappearance of American service personnel, you wouldn't even know about it from the aviation press. the much-urged policy of not mentioning passenger aircraft accidents in hopes that they would go away appears to have been implemented at some point in late 1949, and there you go.

The same lackadaisicalness is seen in persistent reports that B-36B 44-92075 went down on Vancouver Island. The distinction between "Vancouver" and "Vancouver Island" seems to throw people for a loop and justify all sorts of geographical confusion, but the actual location of the wreckage, 6300ft up the side of Mount Kologet in the Nass Basin in the far northwest of British Columbia, is of very large significance to the story, and so is the island from which the survivors were recovered, Princess Royal Island in the central coast region, or, as we now say in a slightly twee way, "The Great Bear Rainforest." (Having given up on logging most of the region, we've settled for trying to attract the rare tourist who needs something more than 120" of rain a year to justify some adventure tourism.)

On the other hand, the search headquarters was set up at Port Hardy, at least some of the survivors made it there before being hurriedly extracted to America, and for the first day of flying, the air search component was confined to the north end of Vancouver Island, because it was the only place where the weather allowed flying. Since Port Hardy is just a hop, skip and a bum-slide over from Port Alice, more than justifying slapping a "Port Alice" tag on this post. I had no idea that my hometown was so closely (that is, not closely at all) associated with a Broken Arrow incident, and, for that matter, the first one.
(The first verse of the Skookumchuk Song. Best the Internet can do. Summer Wages, following River Road, is the same genre.)