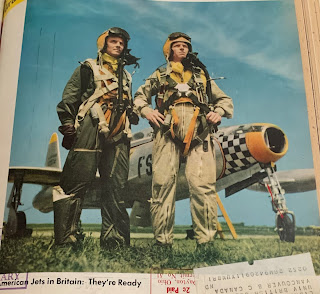 Dear Father:
I intend to post this from the Port as soon as I clear my baggage through customs, which means that you will see me in Palo Alto long before you see this letter, And that is my excuse for writing this note while waiting for final docking, and not including any of the family gossip that I will have already have shared with you in person. As opposed to, say, being very, very lazy.
Your Loving Daughter,
Ronnie
Read more »
Posted by Erik Lund at 4:45 PM No comments: 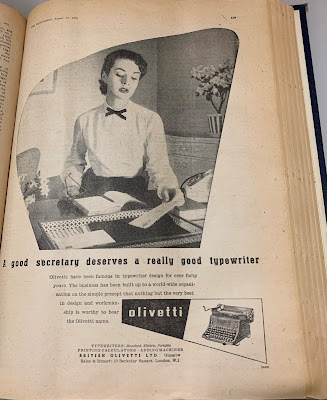 A brief note as I frantically organise myself for my Pacific cruise back to the junior college of my dreams. Hopefully I will write the next one on the trip and mail it on arrival. That means no chance of seeing me talk about Fortune, but I haven't heard back from anyone's circulation department, so I doubt that my magazines are waiting for me in Palo Alto, anyway. 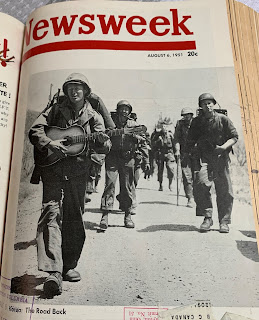 John E. "Red" Parkinson, Chosin veteran, of the Weapons Company, 3rd Battalion, 7th Marine Regiment, 1st Marine Division, was to have been honoured in death by a "Patriot Guard Rider retinue at his 11 April 2018 funeral, according to the website.
Doesn't sound like the footloose troubadour of the Summer of Puppy Love, but that's your Silent Generation for you, and, anyway, people change.
A long time ago, in the first days of this blog, I offered a half-assed connection between various British ventures in computing and sound processing during WWII, and Abbey Road. With July of 1951, we've come to the point where the connection is pretty much inevitable. We're done with faffy British stuff and have arrived at the beating heart of the rock and roll music of the kids today. Kids like Sergeant Parkinson.
Read more »
Posted by Erik Lund at 4:58 PM 2 comments:

The Bishop's Sea: Train Oil, The Atlantic, and Africa

As close to Sable Island as to Europe, but not the doorstep of America: The Island of Crows. 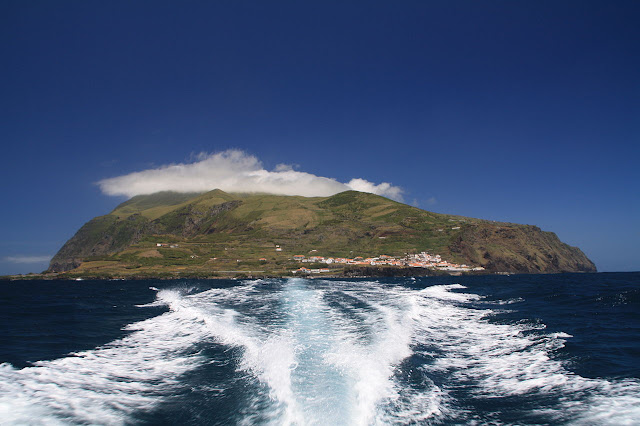