Postblogging Technology, January 1945, II:Gods and Instruments Are My Co-Pilots 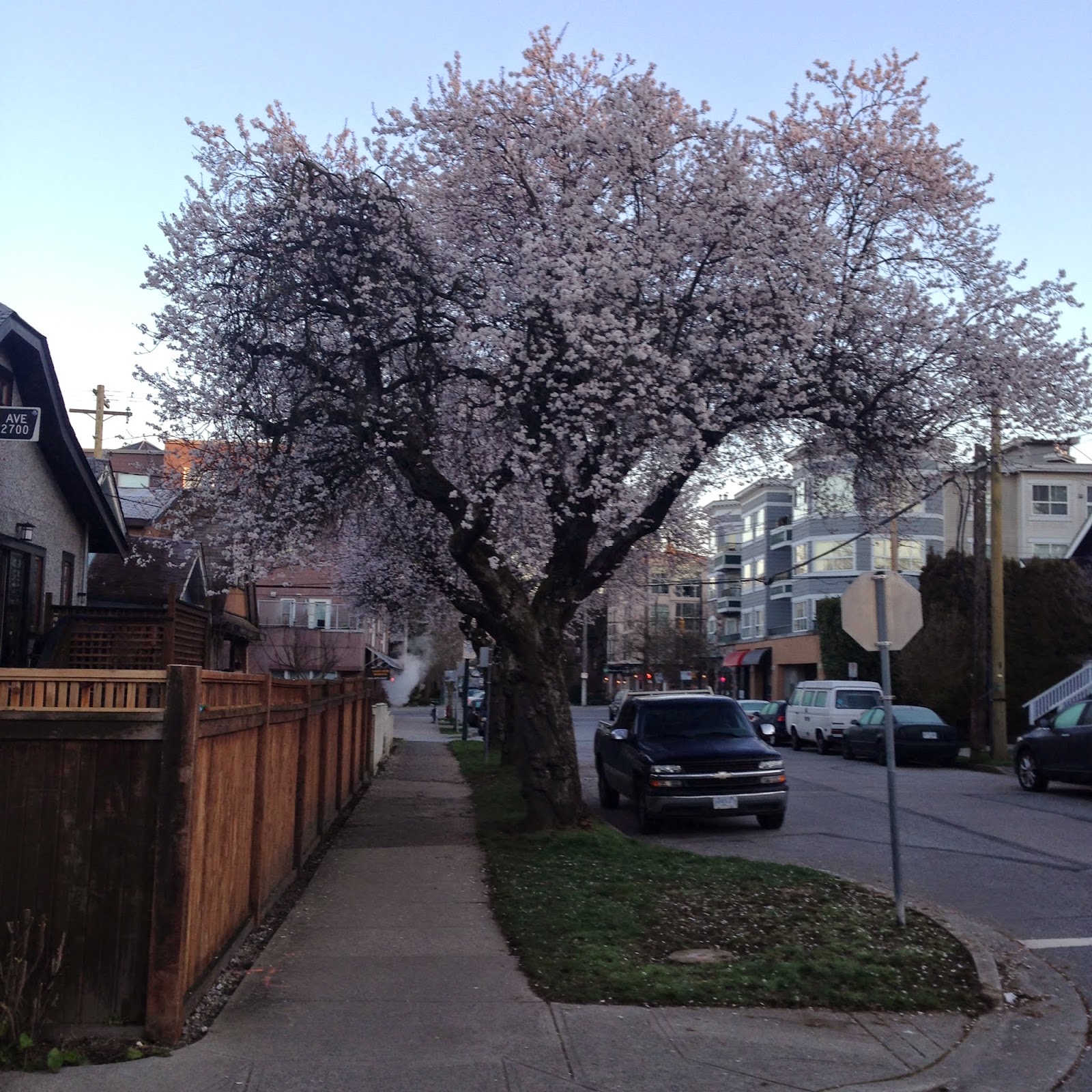 I am pleased to report that Tommy Wong docked in Hawaii just as I prepared to seal this, and that Uncle George reports that he has returned from Lingayen Gulf to Uthili. The press has done its best to soft peddle the whole "kamikaze" thing, but it can only go so far in this house, with James out in Honolulu again, this time escorting an unworldly Australian from MIT onto the water to see the difference with the laboratory first hand.

Your youngest has been flying all through the winter, and is, right now, out trying to land under an instrument hood. If he passes that, he will graduate to doing it within the "carrier" markings, as a first step towards carrier night flying.

In regards Fat Chow's news, Miss v. Q. has found some nice properties across the Bay, but broaches the question of whether someone might prefer a more rural and mountainous retreat. A solution to the Coeur d'Alene lease, perhaps?

Miss V. C. has gone to several Stanford dances with young Lieutenant A. The problem is that our housekeeper has once again taken to evasively-explained absences. I cannot believe that the Lieutenant is two-timing Miss V.C., and I cannot believe that she puts up with it, but there is a dynamic here in which the rivalry is almost more important than the boy. I think?

Finally, I find it hard to believe that the Earl is going to ask Fat Chow to go to Nagasaki, whatever the implications of Sir Eric's death, but I may have found a man who can arrange it --a former employee of Uncle Henry's in the merchant marine for whom Miss v. Q. may have found a way to do an extremely unlikely favour. 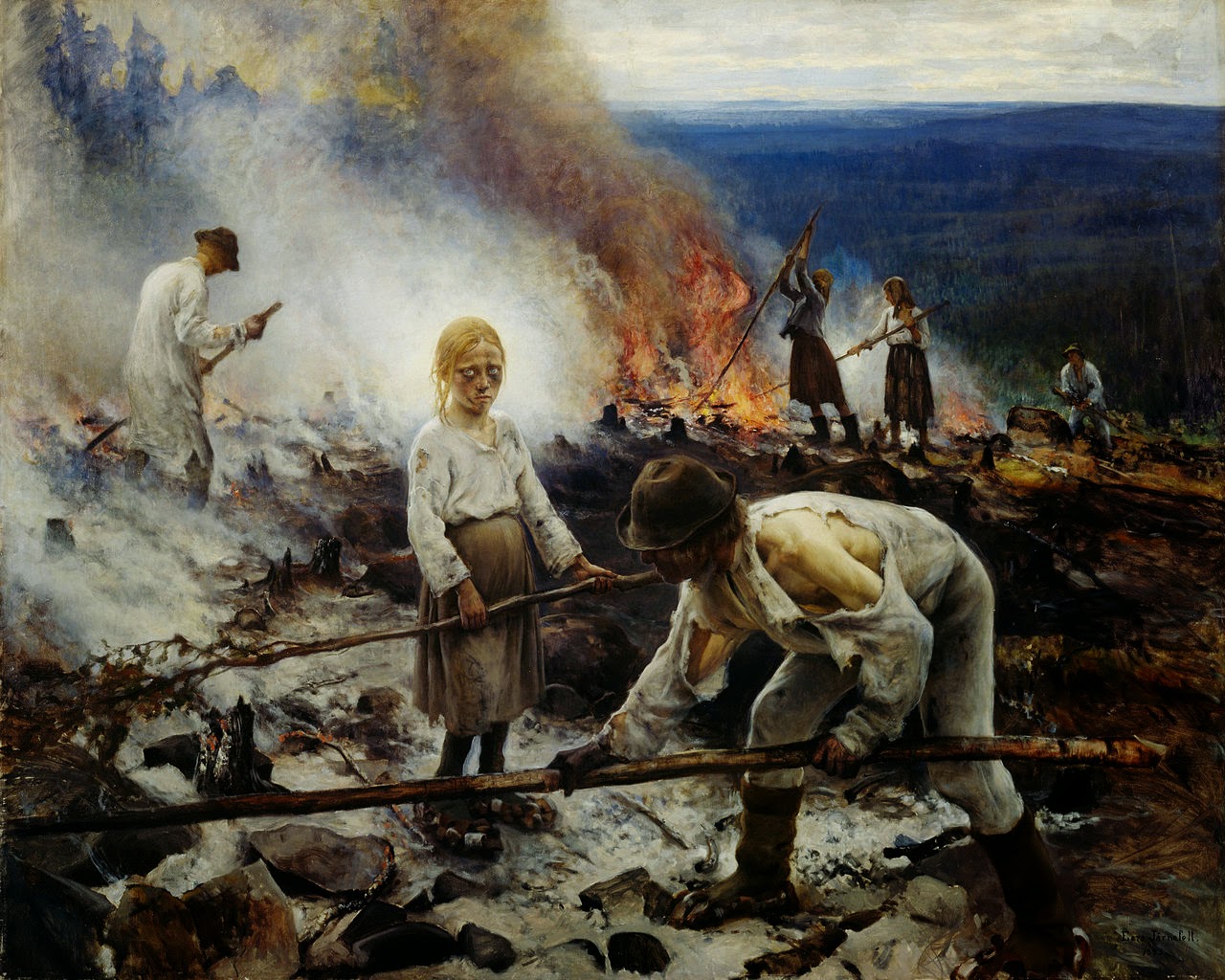 THE KOURETES DAKTYLOI were three brothers, Celmis the caster, Acmon the anvil, and Damnameneus the hammer, appointed by Rhea to guard the infant god Zeus in a cave in the heights of Ida. To drown his cries, they would dance, clashing spear and shield. They were inventors of the arts of metalworking, shepherding, hunting and beekeeping. With their sisters, the Hekaterides, they lived harmoniously "finger to finger." From this union were born the rustic Satyroi, Oreiades and tribes of Kouretes, an hundred strong, who married their sister Meliai, the nymphs of the ash-trees and from their branches fashioned the first spears.

So, anyway, goes the composite of multiple legends about the Phyrgian Dactyls, said to have been the first to work iron by the Parian Chronicle, about a century after Deucalion's Flood and two centuries before the Trojan War.

The historicity of this claim is suspect. Iron, or not so much iron as the widespread practice of smelting it, appears to have begun some five centuries later. This is a little surprising, given that Late Bronze Age specialists were very good at physical chemistry:

To make artificial lapis-lazuli: first, you grind finely and separately, ten minas of immonaku-stone and 12 minas of alussu-plant. Then you mix together, you put into a cold kiln which has four fire-openings and arrange in between the four openings. You keep a good and smokeless fire burning. As soon as your mixture glows red, you take it out into the open air and nallow it to cool off. You grind it finely again. You collect in a clean dabtu-pan. You put into a cold chamber kiln. You kee a good and smokeless fire buring. As soon as it glows golden-yellow, you pour it on a kiln-fired brick. (This) is called the zukki-stage...

I'm quoting Liverani again (277). The zukki-stage is the vitreous paste, which must go through an additional three killn firing, all described in this long technical document. Elaborate as iron-smelting is, nothing in the rural idyll implied in the ancient Greek myth makes it sound anywhere near as complicated. Yet iron-making post dates this document of the costume-jewelry industry by four centuries.

Congratulations on your much deserved award and promotion! You will be gratified to know that it has been noticed in the Vancouver papers, leaving your neighbours to  eat their hearts out over their racehorses and sons with fancy Chicago postgraduate degrees. I shan't ask if this means that you have found the German atomic bomb, as I do not really want to know.

Your teasing is well taken. I do not know whether I was looking at the 1944 calendar by mistake, or thinking that it was 1944, but, somehow in the pressure and distraction of late December, I came to the notion, in despite of all the activity around me, that the Lunar New Year was not for another month. You will well imagine that when we started crating oranges outside the back window that I was awakened to my mistake, with only two weeks to prepare for a private and intimate dinner with Uncle Henry and Aunt Bessie. (And the Provost, promoted from "Uncle George's friend" to "family friend." We have to do something to acknowledge the gift of laboratory space!)

As to why I was so distracted, I am very glad to hear from you that Fat Chow is in Europe chasing black market francs, as opposed to than killling people for the Earl. I amalso pleased that the Earl is investigating Mr. Teichman's death. My money is on the Soongs, even if I cannot guess the motives. I think it's a safe bet, just because you never bet against the Soongs, at least when money is involved. As for Fat Chow, his beloved has written poured out her heart to him, I gather from the thickness of the packet upon which our poor courier is once again burdened. She did, however, say that she appended a list of persons he might be able to approach, including some "particularly blockheaded Foreign Ministry colleagues,  "too stupid for the cavalry," who might be flattered to be approached by an "agent of the real Fu Manchu in some romantic Swiss chateau." What can I say? If their breeding has left them too faint-headed to tell reality from pulp fiction, it is our duty to relieve them of their money before they hurt themselves with it.

As for the home front, your son is back in classes, and in advanced flight training; Miss V.C. is back from Chicago, rather distracted by her mother, but more on that below; your wife has returned to Vancouver. You will have heard from her. Miss v. Q. had a rather dismal Christmas. She braved the Wong household, flying "wing" to Queenie in her role as daughter-in-law without husband. (Tommy has been released from further attendance on the doings of the great at Ulithi without prejudice --that is cypher for having made a permanent enemy of a Fleet Admiral with more enemies than friends, Congressman Vinson and the Hearst press aside-- but is trooping back to San Francisco on a Liberty, and so expected to make landfall Stateside 10 past never.)

I'm sorry. The parenthenses got away from me, as they do. What I meant to say is that you can imagine the atmosphere around the Wong household, be Mrs.Wong, in theory, as approving of her daugher-in-law as could be. Or perhaps you cannot imagine it, not being a woman. Fortunately for Ms. v. Q's state of mind, her landlord swooped in during the holiday week with an invitation to his retreat in Napa. I gather that the local wines are not quite as preposterous as you would think, and that her landlord's children, especially his poetry-and-science-fiction(!) loving daughter, are amusingly precocious.

You will recall that I cast a shadow over my picture of a Christmas idyll. It comes from the most unlikely place --Miss V.C.'s mother is actually, seriously, jealous of the Armour's ascension. Seeing her main chance, an admiral's grandson, slip away from her, she has pressed her daughter to give Lieutenant A_. another chance. Ordinarily, this would be moot, but Chester has made it clear that the young man is no longer to be employed at Pearl. So who should swoop in but the Engineer's cousin! (I joke ...I think. Does Uncle George know something, or does he just like to nod and wink a little too much?) The FBI has apparently been up to something ever so cloak-and-dagger in San Francisco, and wants a Navy liaison. From all the ham-handed hinting, they are obviously spying on the Allied consulates. Brits aside,  the French can hardly know anything worth ferreting out, leaving the Russians, who really ought to know better than to give the FII anything worth ferretting out. But as the staff of the San Francisco consulate is . .. Well, knowing Russians, you can probably imagine.  Whether Lieutenant A_ is being called on to deploy his charms, his radio skills, or his grandfather is left open. Each and any way, Miss V. C. has agreed to meet the young man  at chaperoned school functions.

Your youngest son manfully fails to disguise his hidden heartbreak with much focussed attention on stories with rocket ships and other things mechanical, which, unlike the heart, do as they are bid. (My husband gently laughs as I read this aloud, but will not explain the joke.) 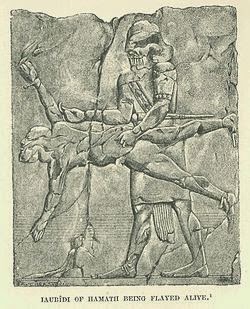 "Gyges, king of Lydia, a district which is across the sea, a remote place, of which the kings my fathers had not heard word. The account of my kingdom was related to him by Assur, the God my creator, in a dream, thus: [text destroyed]. . . The day he dreamed, his messenger he sent, to recount that dream he dreamed, and pray for my friendship. From the midst of the day when he took the yoke of my rule, the Cimmerians, masters of his people, who did not fear my fathers and me, and did not take the yoke of my kingdom, he captured, in service of Assur and Ishtar of the Gods my lords. From the midst of the chiefs of the Cimmerians whom he had taken, two chiefs in strong fetters of iron and bonds of iron, he bound, and with numerous presents, he sent to me.
[Later] [Gyges] wilfully discontinued his messengers, and disregarded the will of Assur, the God my Creator; to his own power he trusted and hardened his heart. His forces to the aid of Psammitichus, (king) of Egypt, who had thrown off the yoke of my rule, he sent; and I heard and prayed to Assur and Ishtar thus: "Before his enemies his may they cast, and may they carry captive his attendants."
When thus I had prayed to Assur, he requited me. Before his enemies his corpse was thrown down, and they carried captive his attentands. The Cimmerians whom by the glory of his name he had trodden under him, conquered and swept the whole of his country, and Ardys his son sat on his thrown. . By the hand of his envoy, [Ardys] sent word that he would take the yoke of my kingdom." *