"I climb to the ridge of the Pei-mang Hills
And look down on the city of Lo-yang.
In Lo-yang how still it is!
Palaces and houses all burnt to ashes.
Walls and fences all broken and gaping,
Thorns and brambles shooting up to the sky.
I do not see the old men;
I only see the new young men.
I turn aside, for the straight road is lost;
The fields are overgrown and will never be ploughed
again.
I have been away such a long time
That I do not know which path is which.
How sad and ugly the empty moors are!
A thousand miles without the smoke of a chimney.
I think of our life together all those years;
My heart is tied with sorrow and I cannot speak."


How a Google search for "Ruins of Louyang" leads me to a university poet in residence and pictures of a "southern Hun city" taken by a member of the "Research Group on Hungarian Ancestral History" I leave to the high priests of the search algorithm. I would speculate, but there's enough of that around here already.

Specifically, I want to explore the idea of iron (and the Iron Age) as an exogenous technological economic input, and take some steps to draw together what seems to me to be related developments. 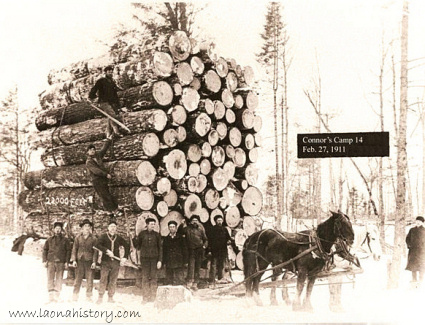 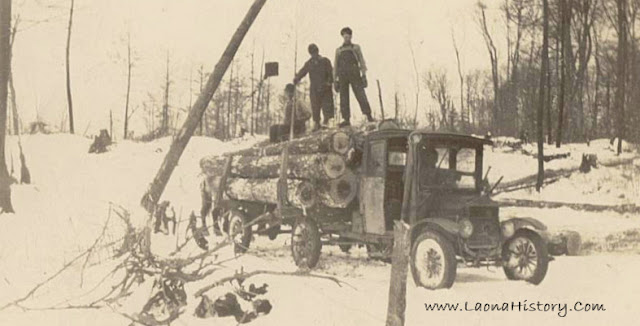 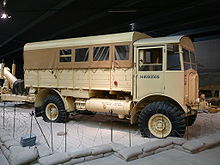 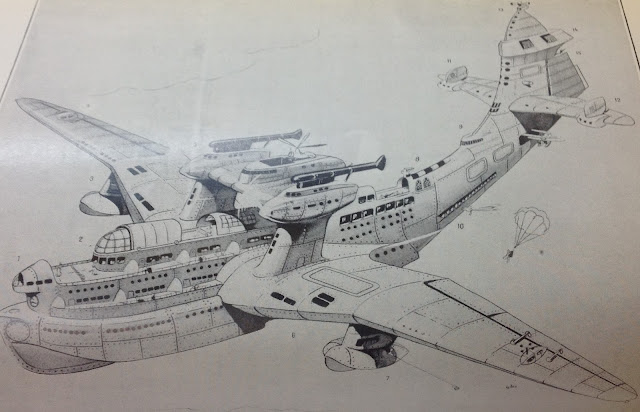 There's always a parachute in these drawings. You would wonder whether anyone with any sense would wait until the plane was in the air to decide that it was a bad idea in the first place, but you wonder   wrongly.

In a completely unrelated note, I continue to believe that an implied contemporary reader adds value to this liveblogging exercise, even if I'm a little unclear as to how to deliver. Stealing shamelessly from the success of that Samuel Richardson fellow, here's an attempt at an epistolary framing! (Pay careful attention in September, or you'll miss the obliquely implied kinky sex scene.)

On a more serious note, I've dug up the notes I took from The Engineer six years ago, specifically from the run of which Vancouver Public Library has subsequently "disposed." Boo!

From Now On: No More Defeats: "Go Light, But Not Too Light:" Kasserine to Medenine

The Battle of Medennine began 70 years ago today as I begin to write, and ended the night before I posted this. It's the least of Monty's North African victories, and given the man, we should count ourselves blessed that at least he managed not to say that "The [Germans] came on the same old way, and we beat them the same old way." Gibb's unfortunate composition (look, one Highlander is so tired of being told Don Quixote is worth reading that he's having a lie-down!) is pretty mild compared to the story to Bernard Cornwall's version. The French form up in bad old columns to attack the British with medieval bayonets, while the British use noble, heroic lines to defeat the French with rifled firepower. I think Tom Macaulay wrote off the Sharpe books as "too Whiggish" in a recent Edinburgh Review.

Well, you might, too, if you had to attack up hill through the mud of the Coalwood with the Prussians coming on strong from the flank. There's a reason that this land lies beyond the frontier of the sown and the salus. And here's  the same old corrective.

What's this got to do with the battle for Tunisia? It's a good question. After all, who remembers Tunisia? It might have been a defeat for the Axis on the same manpower scale as Stalingrad, but all we really remember is an American army's "dawn."  phrase. The Americans were shattered at Kasserine, and then recovered miraculously, perhaps when Patton took command. Novus ordo seclorum and all that. Dawn is always rising over America.

As I've telegrapher above, I am taking aim at an alternative narrative. You might, if you were not Richard Atkinson, construe an alternate view of events, in which the American position only recovered with some British stiffening, and in which the British handily repelled a continuation of the German spoiling offensive a few weeks later at Medenine. Medenine is like Kasserine, or like Waterloo in the sense that whereas Napoleon's driving columns (Vive l'Empereur!) can smash through the conscript armies of Europe, the rifle volunteers of Britain always "defeat them the same old way." That is, with technology and with Britishness.  Eh, what, cousins? 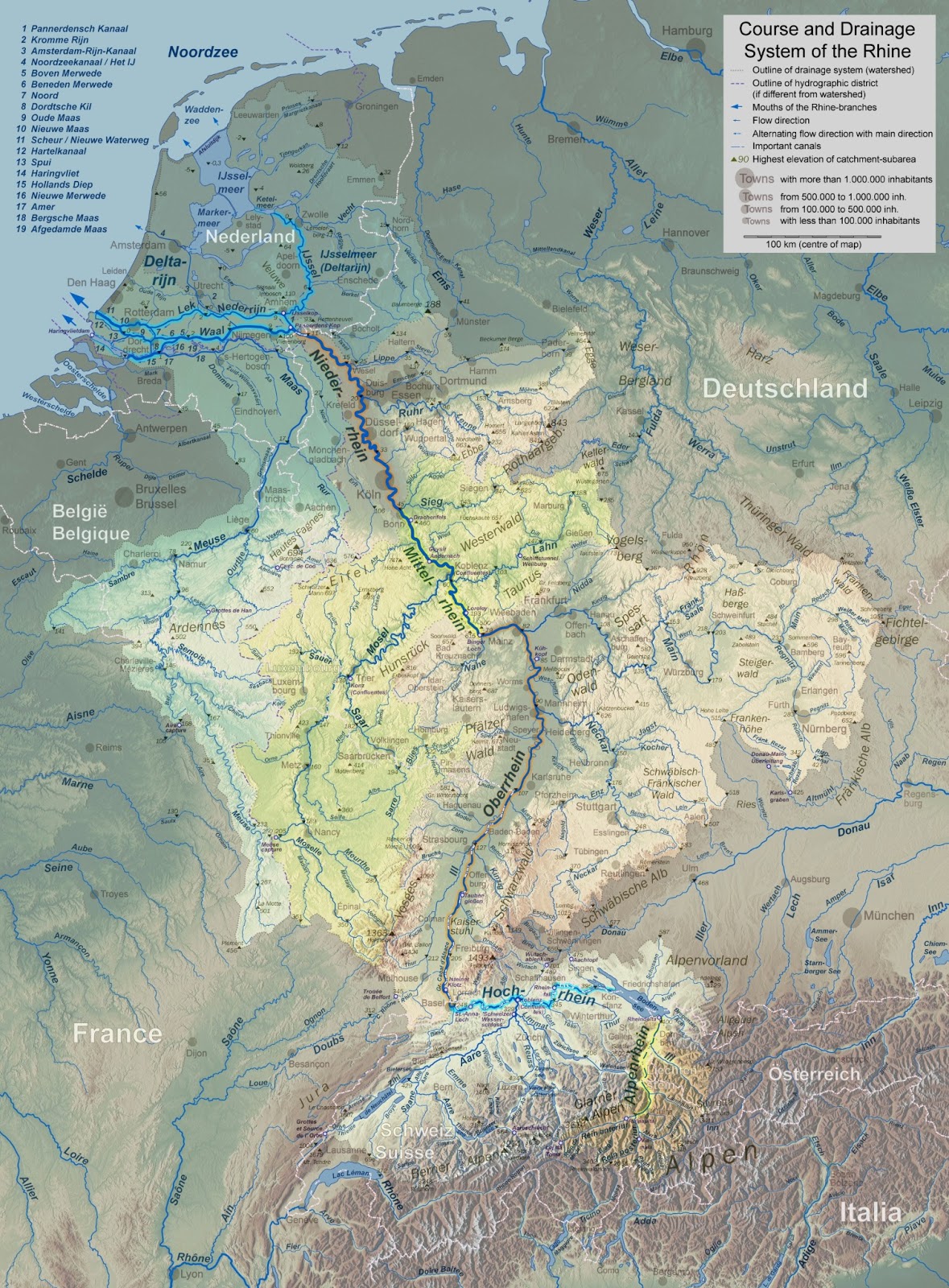 This is the Rhine, the river that breaks the rules of the old Ionian School geographers and flows out of the Hercynian Forest away from the equator. (Via Wikipedia.)

Here's another look at it:


According to the experts at Floodmaster, who might make a little too much use of Google Translate, the governor of Transalpine Gaul did a remarkable job in 38BC in founding what would become in Vespasian's time the capital of the new province of Lower Germany, Colonia Claudia Ara Agrippinensium,


If this were in the west of North America, where dykes and ditches have barely even begun to unlock the managed potential of the landscape, Cologne would not meet the river with a neat concrete-and-masonry wall. Those are, you may have heard, not natural formations. Okay, that's my natural facetiousness coming out, but this technical expansion of my last post is not going to make much sense if I don't spell this out. Again, if Cologne were a half-settled townsite on the edge of a major river that is unaccountably not developed because there just aren't enough people (and these places exist in my part of the world), it would not have that embankment. It would not look like that. The flats down by the river would be overgrown in rank grass and, the voyageurs would probably have called it the "Greasy Grass." The phrase is out of the French to the English in a way that was never intended to communicate the point I am now trying to make, but the point is clear nonetheless. This kind of place is not to be called that because it is thick with grass, but because it is where the grass makes fat. By which I mean to ask you to set aside our common nearing-middle-age concern for the thickness of our middles and to remember the good grease that gets on your fingers and dribbles down the chin at a good old-fashioned cookout: butter on corn, butter on salmon, baron of beef dip, shrimp chips carried cradled from home in tupperware to impress the white kids.

Nothing is more common than for an archaic state to fail.

The  Golden Gladiator  debuted in the first issue of The Brave and the Bold, back in 1958, when there were lots of kids, and hardly anyone but a few Madison Avenue drop-outs trying to figure out what they might like in the way of funny papers. The result was an anthology book of "pulse-racing" historical stories, that, even in the dime-rack-at-the-drugstore days of the late 50s, tanked. Golden Gladiator, in particular only lasted six issues. Viking Prince at least made it to #28, when the publisher tried this new thing called "the Justice League" and got the multi-billion dollar formula right. Ish. We'll see if the JLA movie makes "Avengers" book before saying for sure.

Anyway, even my nostalgia-fuelled memories of the Golden Gladiator are shaky. I thought he was more in the line of a "Silent Knight| type, fighting ancient Roman evil as masked vigilante by night, gladiator by day.

So it is interesting, to say the least, that the theme is much darker. Like the Christopher Nolan Batman, G.G. is fighting for the city in what might be, and, we know,  will be, its last, desperate days. He's just like noble Aetius, who  has contract language requiring me to notice at this point that he was the "last of the Romans."** And he is more than a match for the Hunnic king.

Which, actually, you wouldn't say of Aetius, "of known Scythian extaction," says Wikipedia.*** The point is, the empire is going down to barbarism, apparently in this case a distinctly east Asian barbarism, and only a shepherd-boy-turned-galley-slave-turned-gladiator-turned-action-hero can save Rome and Valentinian III. Who is apparently a ginger and can't afford a fitted toga.

It turns out that the reason that I don't remember the Golden Gladiator that way is that this is a mistake. As comics visionary Walter Simonson points out, G. G. meets Cleopatra in another story. Chronology, even the difference of five centuries wasn't important to writing comics back in the 50s. Full stop.

As a historian, I take a little more from this. If five centuries of Rome blend together in our imagination, perhaps our unexplored prejudices are not the best place to start with our attempt to understand Roman history. Or we'd be asking ourselves why Attila didn't haul some wuxia out of his ass and beat down the big old Westerner. You can't just pastiche your way to a sophisticated explanation of the fall of Rome.

Which brings me to the question of the day, as posed by one of my nephews, now beavering away at the UBC  Classics Department's much loved "Ancients for Everybody" course. What the Hell happened to the Roman army?