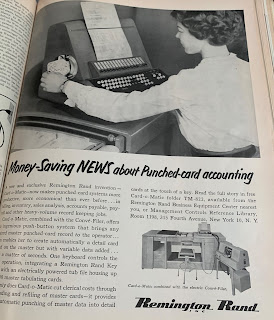 I hope that you won't mind the lack of a personal touch this week as Reggie and I make our final arrangements for our August European trip where we will do our duty to the world trade balance by seeing the sights and throwing dollars at them. Catch, Louvre, catch! Also, finally a chance to cross the Atlantic in a giant steamship luxury liner, the way Nature intended. (All kidding aside, I am getting so excited I'm forgetting to breath!) Of course now that tickets are booked, I find that the only way that I am making it back to Palo Alto in time for classes is by flying from New York. Your poor daughter-in-law, doomed to be a high flyer!

Ronnie
PS: I also hope that you don't mind missing The Economist this month, due to my subscription lapsing by a record-keeping mistake. Up until the last minute I thought it was just a late delivery, so when I wired London I got a nice, quick replay, but it was still too late for me to get to the library, which is on summer hours. And don't ask me why the library is closed early when everyone is at the beach looking for something to read!
Read more »
Posted by Erik Lund at 2:00 PM No comments: 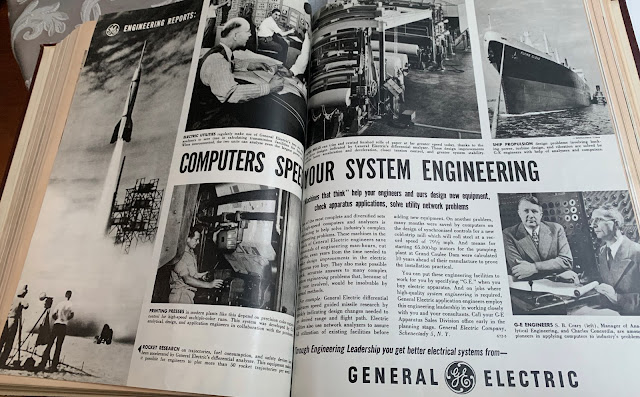 Dear Father:
It was so good to see you last night! Uhm, okay, if you ever read this, it will be months from now, because this package is going to your house, and not to your hotel room. I am writing it, with the customary epistolary opening, in the name of completeness, so that my historical posterity (which there will surely be!) will have an entry for the summer of 1952. Who knows what historical insights there will be to be had in retrospect? And, of course, your own Ronnie will have picked out the gems, I am sure. Although when the biggest science and medicine story of the week are successful public vaccination drives and some crackpot worrying about flooding due to the Greenland ice caps melting, it is hard to see what kind of history is being made.
So how did I drive myself up this road, this wrong way cul-de-sac like the planners of your little neighbourhood so love? Because of the movie, of course. I couldn't stop thinking about it. Reggie couldn't stop thinking about it. I have my concerns about casting a 51 year-old as the love interest of a 23-year-old, but at the same time my woman's eye is pleased to rest upon Gary Cooper at the least excuse, so I suppose that means that I am part of the problem. BUT THE MOVIE! And I am so glad that I could see it with you and with Uncle George, and to be there with you talking about it afterwards at the Lotus. What a meditation on cowardice and service and the death of Admiral Ting, and to hear Uncle George talking about the kamikazes at last!
Your Loving Daughter,
Ronnie
Read more »
Posted by Erik Lund at 3:46 PM 1 comment:

A Technological Appendix to Postblogging Technology, June 1952: And Colour Television!

Last week, it was hard to avoid giving the impression of being prematurely bored of SAGE. Even as the postblogging approaches SAGE from the front-end back in 1952, my attitude is shaped by Annals of the History of Computing 42, 1 (October 1983), the SAGE special issue of the already-unbelievably old flagship journal of computing history. SAGE had only been discontinued three years before the special issue, which, to put it in further perspective, came out in my second year of undergraduate. SAGE led to SABRE, the "Semi-Automatic Business Research Environment," which had only rolled out to travel agents seven years earlier. SAGE made its smooth transition from working technology to academic history for understandable reasons. It's like the Protestant Reformation or the Eighteenth Century London underworld: an inherently good "site" for historical work.
Having been somewhat personally bruised by the idea that the Ruthenian borderlands are a better "site" for historical work than, say the entire Austrian Empire, I am probably too willing to forgive myself for being cynical about overworked historical sites, but SAGE's claim here is hard to dismiss. Besides being a major customer and driver in the first decade of the computing industry, it pioneered many of the technologies behind the Internet, whose importance I will reluctantly acknowledge, and as the ongoing Ukrainian conflict underlines, national air warning and defence networks have a lot more staying power in the modern era than most utopian Fifties-era national security initiatives. Indeed, between the last Nagorno-Karabakh war and the repulsion of the initial Russian Special Military Operation, they would appear to be  right up there with aircraft, tanks, nuclear submarines and atom bombs in the list of things that international security cannot be without, a modern "queen of battle."
So, okay, yes. But SAGE is old hat, and boring. What about, I asked myself, the datalinks from telephone to computer? After all, analog lines are inherently noisy, and when you set out to conver analog input into digital data for processing, and then use the output data to create a graphical image for battle control, noise is a huge problem. The more data points to fit into your forced curve, the wilder the excursions which must be smoothed, to the point where the output data (the bomber track) might be nothing more than GIGO.

The importance of the telephone  network, which, at its peak, received everything from VHF from the DEW lines and UHF data  from AEW aircraft and forwarded it at 1200 baud on commercial toll lines, is underlined by the fact that the telephone switchboard stations, unlike the SAGE blockhouses, were underground and fortified. I did not find much about the telephone engineering of the network, however, and was quickly shoved in another direction. As with MIT redirecting its early work on WHIRLWIND to the SAGE project, so RCA sought a second life for its Selectron tube memory system in the nascent national defence computer engineering project. Ultimately, Jay Forrester passed on tube memory, whether RCA's or the more-developed Williams tube, in favour of magnetic core memory, and RCA "assigned their engineers to color television development, and put the Selectron in the hands of 'the mothers-in-law of two deserving employees (the Chairman of the Board and the President).'2]"
And this is kind of my objection to historical sites. (Silos?) We get locked into an academic historian's idea of what is important, and whole genealogies of advisors and students get bound up in them, and other subjects get missed entirely.  What's more historically important to our modern, Internet-enabled world, SAGE, or colour television? It's not, I submit, a question with an obvious answer.
Read more »
Posted by Erik Lund at 12:32 PM No comments: 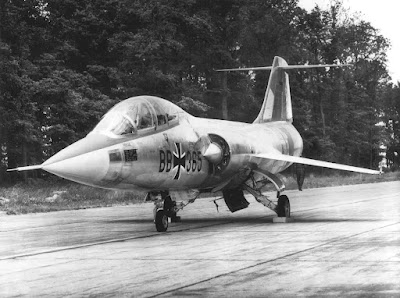 All I can say is that Washington is a very strange town which has very strange people in it. Today, Reggie and I met no less a person than Senator McCarthy, in company with B. and a surprisingly circumspect Koumintang general, and I have to say, the company the Senator keeps! (Not even including B.!) I think the general quickly regretted it, as with friends like that, as it is said. B. has rather grandly flounced out of the CIA and into a journalism job, where he is saving the world at Mencken's old paper, although how long that is likely to last is anyone's guess.
And not a word about your son, your daughter, your grandson. All I can say is that, whatever his faults, B. is a lot more interesting than I could ever be! And you will be seeing us in August, although the last word is that, in spite of the shutdown, Reggie will be working, as the Navy wants him to fly some sub-hunting gadgets. 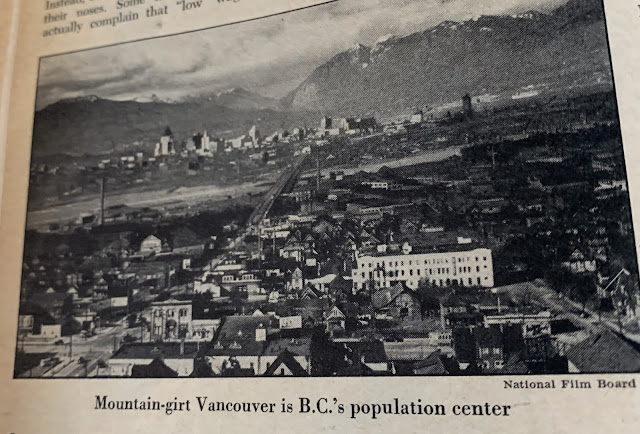