I am dashing off a note, before heading straight from a radio party for the christening, which the royal family most inconveniently scheduled for the middle of the night, to the Professor Ks. It seems, impossible as it is to believe, that my audition there last month was not a complete disaster, and I have been invited to Thanksgiving dinner, which is very nice of them, especially when Reggie is detained on matters mathematical (if I had to put an exact moment to the point when I finished this letter, it would be well after dinner, and several glasses of a so-so Gallo to the good, so excuse me for being a bit whimsical). Where was I? Dashing? Well, you shall have all of me, and for a rather long time, it seems, this Christmas, and we can catch up then.

Recapping 2018 In Technical Appendices (With Some Cheating)

In Gordon Dickson's knights in shining armour are the standard solution to bad dragons, because a charging knight concentrates all that momentum on the lance point, allowing it to penetrate the heavily-armoured, fire-breathing pests. It's probably more complicated than that, because there are many sequels, but I'll move on now to the fact that this is an homage to one of Lynn White Jr.'s many brainstorms, and a pretty good indication of the impact of White's approach to history of technology, which was basically reading medieval comics and telling everyone about what he saw.

It turns out, Lynn tells us, that much technology, and therefore technological change, is too quotidian for anyone to have ever bothered to write a description and earnest account of its historical impact. Without unconventional sources, we're left to wake up one day in our fifties and say, "Duh, of course iron axes and early glass making are related through soda ash!" The knights and stirrups lead to modernity thing might not be one of his best, but we're not going to get anywhere without investigating these things.

So history of technology turns out to be pretty invisible. Writing the technical appendices for this blog has brought Lynn White's insight home to me repeatedly, and it occurred to me that it was time for a summary recap. (Also, I am not going to have Sunday off, so I can't get the next postblogging installment done this week.)

Since this is the first time I've done this, and there were technical appendices before 2018 that could do with revisiting,  I am going to do that. Ideally, I'd go back to the beginning and do them all, but that seems like work, so I'm going to start with my favourite, "The Science of Cozy," posted on 26 October 2017. That's the cheating in the title.

Postblogging Technology, November 1948, I: "The Republican Party Versus the American People"


I want to be dancing in the streets! Still! Please, please do not believe any stories you might have heard about persons of your acquaintance leading the sisters of her hall down to the Hoover House and shouting chanting "Give 'Em Hell, Harry," at the provost and the campus police until dawn was peaking over the horizon; Or that, perhaps, her tips suffered that morning because she hadn't slept a wink. Because that story would be untrue. Poetically untrue. (Which is the same, but opposite, of something being true, allowing for poetic license.) I'm going to go take a walk and try to calm down.

Back! Reggie is in a funk over the election results. He understands that the Wallace campaign could easily have led to a Republican win, but is still waffling over the argument he hears from his die-hard Wallacite friends, that a disastrous Dewey Administration would have led to a better, stronger America. 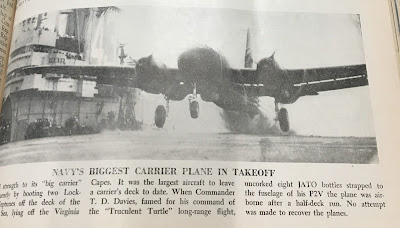 Then I had the brilliant idea of talking about his post-graduation assignment, because there have been some very exciting prospects opening up. The patrol wing of the Navy is coming on strong right now, due to both the B-36 and the the super-carrier being in big trouble. I don't think anyone takes atom-bomb flying boats from submarine tenders seriously (see below before you roll your eyes), or for that matter the successful deck takeoff by a Neptune, which is obviously just a stunt. The point is, a turboprop flying boat and a turbocompound patrol aircraft both have exciting possibilities. Even more exciting, Reggie's old CO is managing the Navy's "special" Constellation programme. It's all very hush-hush, but Reggie figures that they are being set up for either radio snooping, maybe over the Black Sea, or for radar advance warning. "You can't use a radar to tell where your plane is, but they're pretty good for telling you where everyone else is." If that's what's up, Reggie is a shoe-in for the test flying, which will surely be out of Alameda. And, with any luck, I will be at Stanford Law. California here we come, again already! 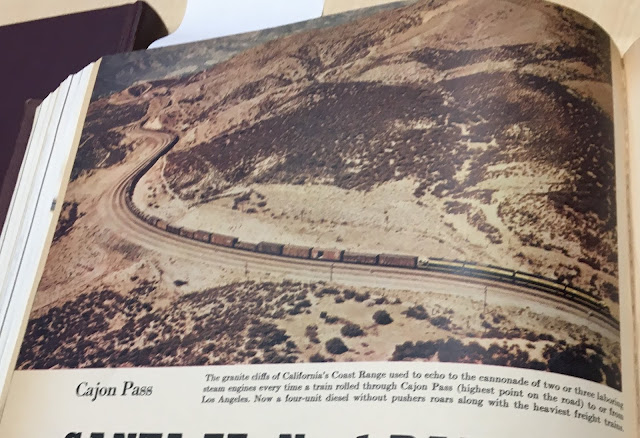 A Technological Appendix to Postblogging Technology, October 1948, I and II: Prestressed Concrete 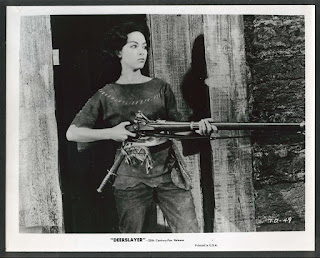 You know the story: The world is without form, water fills the void; Pregnant girl falls from the sky; Turtle saves her by bearing her on her back; Muskrat dives to the bottom and brings up mud to build an island on top of Turtle's back; Girl gives birth to the ancestor[s] of the human race. I think this is the story behind James Fenimore Cooper's The Deerslayer, but the important point is that the picture is of Rita Moreno playing Hetty Hutter, and carrying Killdeer, the American Excalibur.

The moral of the story is that Rita Moreno was a very attractive woman in her time; and also that I need to talk about rafts underneath the world. Really! This isn't my obsession with James Fenimore Cooper! It's an important bit of the history of technology that I have inadvertently exposed to the light in the last month of postblogging, and I'm actually quite excited about it because it might shed some light on something that I've been wondering about on my commute, ever since I began doing the part in Vancouver on  a bike in 2014.