R_.C_.,
Shaughnessy,
Vancouver, Canada.
Dear Father:
September rolls to its end, and with it the peasants' attempt to challenge the mighty United States. I almost feel sorry for them, as though in another world and time it might have been an underdog story. But, in the end, a country of 10 million people couldn't resist the power, and especially air power, of the most powerful country in the world. 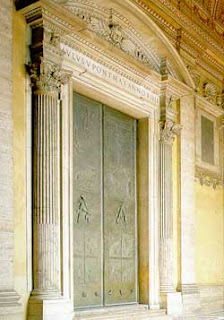 Fortunately for those who like to worry about things, we have the ongoing Menace of Red China, which brings you to your loving daughter-in-law, rusticating in Formosa while we wait for America to do whatever it is going to do here. Besides overfly us and deploy a few hush-hush squadron detachments, that is. With British troops in Korea, it is hard to believe that we're not going to come to some kind of agreement over piracy soon, and then I'll have nothing to do except keep house and write these letters.
Your Loving Daughter,
Ronnie
PS I honestly hope that I get The Economist back soon. I know that I've missed an entire cycle of overtaken predictions of doom, but I'm sure I'll be back in the swing of things in no time.
Read more »
Posted by Erik Lund at 1:33 PM 3 comments:

Postblogging Technology, September 1950, I: "This Calls for Champagne All Around"

R_.C_.,
Shaughnessy,
Vancouver, Canada
Dear Father:
Here's  your friendly letter from the frontlines of the war-to-come, the land of camphor and oolong tea! If Mao builds a navy, that is. Or needs one, because the Koumintang stops surrendering to the first Red soldier they see. You will be glad to know that we are doing our part. Reggie is pretending to atom bomb China, in hopes that the Reds . . . I don't know. What are we  hoping? That the Reds bomb us first? Meanwhile, I'm a little ahead of the news again, so I've heard of Inchon, which definitely means that America has pulled it out and managed to defeat mighty North Korea. I feel so patriotic! 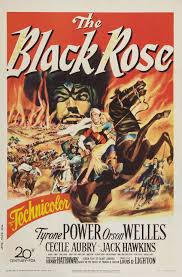 Considering some of the things said about Koreans and "Orientals" in the press these last two weeks, I wonder about whether it is some kind of cosmic coincdence that The Black Rose is out, featuring the long ago English hero who brought compasses, gunpowder, and paper to the backwards West. What goes around comes around? Or is this an even more subtle way of belittling Asia? Ronnie has her doubts!
Oh, and you're wondering what I'm doing. Besides doubting, I mean! Learning to cook on a wok and getting to the point where I actually want to see my subscription to The Economist catch up with me. As for yours, I am glad to think that you are already looking ahead to the arrangements for me to resume law school next fall. I've had rumblings from Chicago that my Dad wants to pay for our nanny, and if he wants to be involved, he should be. If not, I will gladly take you up on your offer, although it is early days yet to make plans, tempting fate and all.
Your Loving Daughter,
Ronnie
Read more »
Posted by Erik Lund at 5:48 PM No comments:

The Bishop's Sea: Caithness and the Matter of Alba

So speaking of odd threads dangling out of the whole story of Greenland, how about the "Sinclairs of Greenland and Rattar"?

This is one of those tangles that doesn't really have a starting point as such, so I'm going to begin with a Sixteenth Century Venetian historian, Niccolo Zeno, who in 1558 published a series of letters between one of his ancestors, and his brothers. They described various exciting adventures in vaguely located Atlantic islands, back at the turn of the Fifteenth Century. (The best known of the brothers was a Venetian naval hero active in 1400.) This was an exciting era on the triple borderland between Christianity and Islam, the known world and unknown. It was full of Christian adventurers in Muslim lands, Muslim adventurers in Christian; Of converts both ways, both paladins and saints; and of little taifa states trailing down the coast of what the kings of Morocco declined to allow to be Morocco out of their commitment to the inland caravan trails.

Of course, it was also an age of entertaining fictions about the same, and as far as we can tell, that's what the Zeno letters were. That is not, however, what Johann Reinhard Foerster, Calvinist divine and former naturalist on James Cook's first Pacific voyage thought when he encountered the letters, mainly because he fastened on a supporting character in the colourful story, one Prince Zichmni, which Foerster decided was a Venetian attempt to render "Sinclair." This would be an odd error on a late medieval Venetian's part, inasmuch as "Sinclair is just a Scottish form of "Saint Clare," and Santa Clara of Assisi, founder of the Poor Claires, is perfectly well rendered into Italian as Santa Clara.

Foerster's error, if error it was, isn't actually that hard to understand --now that we have Google. The Sinclairs of Greenland and Rattar are an extremely obscure branch of a Scottish noble house that became extinct in 1784. Short of pouring through old genealogies no Nineteenth or Twentieth Century reader is likely to have heard of them before the rise of Google's awesome powers of aggregation. On the other hand, the extinction of the house, which involved its last heir committing suicide in London at the age of 33 two years after being "wounded in the groin" while reconnoitering the works at Yorktown in the company of Lord Cornwallis is not a story that anyone, or, at least, any man, who was alive at the time was likely to be forget!

So Foerster probably had "John Sinclair,Seventh and Last Lord of Greenland and Rattar" on his mind when he encountered "Prince Zichmni." Foerster had no trouble finding a candidate "Prince Zichmni" in the Sinclair family line, albeit one two centuries before a branch of the family named itself for a farm estate in Caithness that, coincidentally, bore the same name as Greenland's icy mountains. Henry I Sinclair, Earl of Orkney and Lord of Roslyn (c. 1345--c. 1405) was a Scottish/Norwegian nobleman from the strange era of Sottish/Norwegian condominium in the vaguely defined "Northern Islands" that, I guess, a particularly expansive mind might take to include Greenland and Vinland along with the Orkneys. Henry owed fealty to Scotland for minor properties in Lothan, and to Norway for the Orkneys. In respect to Norwegian affairs, he is recorded as a supporter of King Erik. As far as Good King Robert of Scotland was concerned, he was mainly known as a pest about his Lothian properties, and we might speculate, over the reversion of his wife's lands, which originally included the entire suppressed earldom of Strathearn. Then he was "cruelly killed" by invaders of the Orkneys who might have been English seafarers avenging an attack on an English fleet at Aberdeen by ravaging the Orkneys. The rest is pseudo-history, culminating in "Prince Henry" sailing all the way to Nova Scotia to build some matching New World structures to a classic puzzle-structure in the Old, Rosslyn Chapel, south of Edinburgh. It has to do with Knights Templars and the Holy Grail, you see.

This isn't actually where I started down the rabbit hole. That would be the claim that a Sinclair crest has been found on a tiny bit of jewelry recovered at a dig in Greenland. I don't know. I've been having trouble locating the story online, and if it's in Kirsten Seaver's Frozen Echo, I can't find that, either. (Not to worry, it'll show up on one of my shelves the moment I hit "Post.") It's all pretty irrelevant considering that the old Sinclair crest was a simple saltire cross, so it would be ridiculous to think that a signet ring (or whatever) with a saltire cross on it was a "Sinclair" piece and proof of the doings of Prince Zichnmi.

The issue is that I carried that factoid into my investigation of Arthur St. Clair, himself a fascinating figure in the primordial days of the plantation of North America, as he was the Governor of the Old Northwest (Ohio, Indiana, Illinois and Michigan) in the earliest, pre-Constitution days of the American Republic, and yet is a surprisingly shadowy figure. I mean, there's almost four times as many people in Ohio as there are in British Columbia, and I cannot even begin to imagine how many graduate students at BC history departments would be on the trail of Sir James Douglas if there were half as many loose ends in that fascinating man's back story as there are in that of Arthur St. Clair!

Email ThisBlogThis!Share to TwitterShare to FacebookShare to Pinterest
Labels: God Speed the Plough, Goodbye to the Vikings?, Old Europe, Pirate History of the Atlantic

A Techno-Cultural Appendix to Postblogging Technology, August 195): Christmas at Last!

(Because there weren't any big Christmas songs charting in December of 1950, although see below) 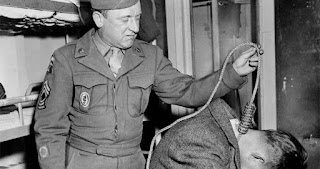 Whenever I put a hyphen after "Techno" in the titles to these appendices, I'm afraid that I will be too ambitious and ride of in all directions. But, c'mon. It's the Korean War. It's MASH and the war that Chuck Cunningham must have died in to traumatise his family so much they never even mentioned him again. It's a rich text!
According to Wikipedia, John Clarence Woods was born in Wichita in 1911, enlisted in the US Navy the year he turned 18, went AWOL within months, was found too crazy for the navy, then worked as a general labourer until he was inducted into the army in August of 1943. Soon after he was allowed to volunteer as a hangman on the basis of a claim to have assisted at four hangings in Oklahoma and Texas that could have been disproved by even the slightest research. Sergeant Wood went on to botch at least 11 of the hangings he carried out for the Army (out of only 60 to 7) before he arrived in Nuremberg to add some Nazi war criminals to his list of the slowly strangulated. The Nuremberg trials! I have no words.
But some anonymous US Army poets do (as reported by Janet Valentine):
"The Bugout Boogie"
("Well, if they go fast enough, maybe some of them will be home by Christmas" --General of the Army Douglas MacArthur, in unintentional irony)
A Russian tank and a million "Chinese laundryman" to use the only slightly less racist language emanating from higher headquarters are on the flank, and it's time to bug out all the to the south bank of the Han. (The People's Volunteer Army deployed 6 corps comprising 18 understrength divisions against Eighth Army's 8 and two-thirds divisions, but whatever makes you feel better, man.)

The particular ordeal of the Ch'ongch'on River was a run through a "gauntlet" of enemy harassing fire through a highway cut where the Japanese-built road leaves the valley of the Ch'ongch'on to climb and then descend a bench before arriving in the town of Kunu-ri. Lacking any anti-armour weapons or even much artillery, PVA blocking forces couldn't lay down anything more than a harassing fire, but over the length of the roadblock, casualties were heavy, and broken-down soft-skinned vehicles blocked passage for artillery and heavy engineering equipment that was eventually abandoned to the enemy. Not for the first or last time in the Korean War, US troops suffered heavily for lack of armoured personnel carriers to move infantry and engineering troops, which brings me to my final and actually significant bit of US Army incompetence: 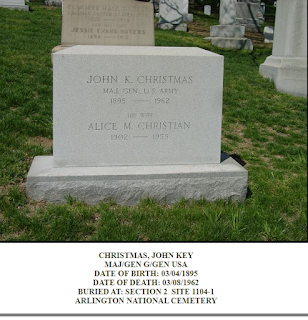