I talk about the Fairchild crash a bit more below, but with all the aviation safety news in the last tw weeks it has already been pushed out of the press. So I really wanted you to hear about my phone conversation with Mrs. Brown. She was not, whatever you may be hearing from Uncle George), "hysterical." What she was was a very reasonable young mother who saw a  bright flash from a crashing atom bomber in the snow behind your house, and then had to pull its crew oout of the snow and make them at home while the rescue services floundered. See if that doesn't fire up your maternal instincts! The Post-Intelligencer speculates that it was a magnesium flare, which sounds reasonable, but someday, and probably soon at this rate, it it will be a real atom bomb. This is already the sixth B-36 crash, and the second at Fairchild, never mind all the B-28 crashes.
Reggie is also pretty skeptical of the likely service safety record of the B-47. There are going to be more of these crashes. Unless the entire Air Force pilot force joins the "stay down strike." (Not a mutiny!)
Uncle George mentioned to me that he offered Mrs. Brown a month of rent. (Plus, I think, a cheque to cover the liquor her guests drank waiting for the firefighters.) And that's great, but if we end up offering it to all seven of the houses in the cul-de-sac every time there is a crash, it will get very expensive. I know Reggie wqs taking about holding on to the houses for another ten years or so on the grounds that ducted fans will make planes much quieter and increase their value, but it might be better to sell now. We've already had another liner crash since Aviation Week was panicking all over the page about air safety in the 28 April issue. This might all blow over during the summer flying season, but on the other hand it might not, and if we do sell the houses ahead of a great national revolt against putting houses next to airfields, the sooner the better.
Your Loving Daughter,

Ronnie
PS: What was the point of the "hit job" on Australia's economy this month?
(Not Melba!)
Read more »
Posted by Erik Lund at 1:07 PM No comments: 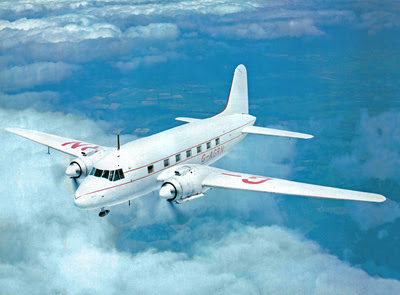 R._. C_.,
Shaughnessy,
Vancouver,
Canada
Dear Father:
I am always kicking myself for getting these letters off late, and so last week I was patting myself on the back for getting one off early for a change when I heard the news that the President had decided not to run again! So that was what was completely missing in the last letter. It will be a bit neglected in this letter, too, because The Economist is a British paper, and because its obsessions tend to be its own. This week sees The Economist in particularly fine form, with all the regular hands on deck, and lots of good coverage of important stories, but also, with the regular editorial crew in charge, it is Doom, doom, doom everywhere!  Even Australia is (economically) doomed. First I'd heard about it! 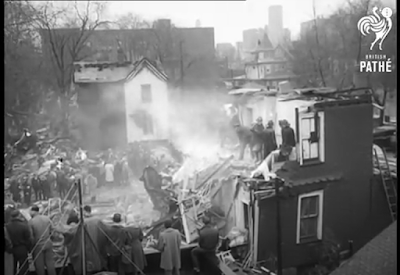 On the bright side, Estes Kefauver followed up his win in New Hampshire with one in Nebraska. I make a bit of fun below, since there's not a lot of Democrats in Nebraska, but this does contribute to his "momentum." Reggie hasn't fallen in love with Kefauver the way he did with Wallace, but he does seem to be the best of a sad lot.
Your Loving Daughter,
Ronnie
Read more »
Posted by Erik Lund at 3:57 PM No comments:

A Technical, But Not At All Technological, Appendix to Postblogging Technology, March 1952: Pound Sterling But Also Energy

So much for more talk about the Comet this week! (After a planned week off from work collapsed due to labour churn, before which it was going to be April, 1952, I, possibly with Flight and Fortune.)

Promoted from the comments:
ChrisM: So, I need some clarification on the "in 1947, sterling represented 87% of global foreign exchange reserves" (noting from the paper that this means that roughly half of the world's reserves outside of the US in practice, because gold was still the actual dominant reserve) because I'm not understanding what it means. Does this basically mean that India, Pakistan, semi-demi-hemi colonies like Egypt and the White Dominions, and heck even the colonies themselves, mostly stored their foreign currency reserves in Sterling (and outside of Latin America I would expect the colonial mainland currency to be the dominant exchange reserve, so mostly Sterling, with some Franc or Peseta or whatever for their colonies).
Basically, is the argument that these countries turned all of the dollars they earned into steel or wheat or whatever, and sat on the Pounds because they couldn't buy cool things like the Comet, in practice? And that is replacing the previous "they continued to save Sterling because of affinity for the old country" theory?
I'm just very confused here, tried reading the source paper, and still didn't understand. 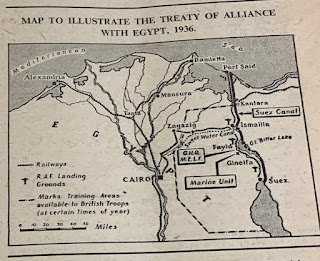 With you 100%, Chris. I was brought up with opinions about economists, that, well, when I went searching for the appropriate Bloom County cartoon, I found that, first, Bloom County cartoons are not well indexed; and, second, that lots of people want to explain the joke on the Internet:
"One of the first references to economics I ever saw was in a “Bloom County” strip when I was about nine. Binkley’s anxiety closet had opened, and two balding white guys wearing suits had come out to sit on his bed. “Who are you?” Binkley asked nervously. “Why, we’re economists,” one of them answered. “Economists!” Binkley said in horror. “Well, for God’s sake, don’t talk about the economy!” “The economy?” said the first. “Why, it’s improving.” “Improving?” said the second. “Poppycock!”
At which point Binkley started drooling and eating his blanket."

Economists talk funny and never agree about anything, so you can probably just ignore them and watch Demi Moore do a full-bikini strip tease to the Eurythmics, "Money Can't Buy It," instead. If only the real world worked like that. It's kind of like how no-one explores what impact the tens of thousands of British military in the Canal Zone might have had on the citizens of Cairo in discussing the events of 1952. Apparently all that rioting and guerilla warfare was motivated by "nationalism" and "fanaticism," and the fact that the Sweet Water/Ismaili Canal, in spite of being the main source of drinking water for Canal Zone cities, was deemed to polluted to drink, isn't worth having a serious conversation about. 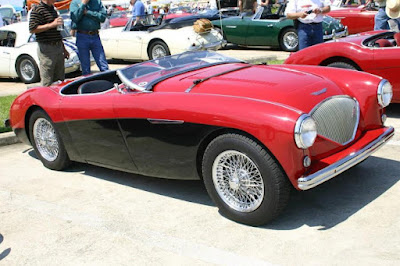 Per Wikipedia: Derek Leebaert is an American technology executive and management consultant who writes books on history and politics, which evoke insights on leadership. He is the winner of the biennial 2020 Truman Book Award and also one of the founders of the National Museum of the United States Army.

I'll admit to being a bit surprised. I was alerted to Leebaert's 2018 Grand Improvisation: America Confronts the British Superpower, 1945–1957, by a highly positive review on H-Net last month, and have been picking my way through the book, which is peppered with references leaving me with the impression of a long-time foreign relations specialist putting a book together from an eclectic selection of notes the author no longer has time to check. (In particular, many references to articles in Time are surely taken from clippings rather than a skim of the 650 issues covering the period from the end of WWII to the Suez  Crisis, easy enough to do in a library or online.

With that and a few other petty caveats, and after the de rigeur jurisdiction policing (it's okay for historians to invade technology and archaeology and linguistics, but the favour is not to be returned!), I will endorse the H-Net reviewer, and, apparently, the New York Times, this is a pretty good, if not always convincing book. Okay, there I go with the caveats again, but I honestly do not think that John Snyder was the eminence grise of the Truman Administration and single-handed architect of the postwar order. I just don't.

Leebaert's main argument is directed at the "rise of the American empire," which he wants to postpone from 1945 to 1957. Inter alia, that requires arguing that Britain was a much more significant presence on the world stage in this period than most accounts allow. To get even more specific, he has a brief with Peter Clarke's "last thousand days of the British Empire" thesis that brings the curtain down, not with Indian independence, but with the financial shenanigans of the next year. Without going so far as to actually read Clarke (the horror!), I'm going to guess that  he is using "thousand days" loosely. Whatever. The key point is a call to re-evaluate the "end of the Great Siege" waged by Germany against Britain, to see its end at Suez rather than the 19 September 1949 reduction of the exchange rate of pound sterling from 4.08 USD to the pound, to 2.80.

Email ThisBlogThis!Share to TwitterShare to FacebookShare to Pinterest
Labels: Books That I Have Read, History of Science, Magic Aeroplanes, Seventy Years Ago More-or-Less Today, Technical Appendix, The Great Siege 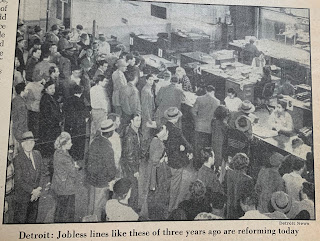 A few more details below from Aviation Week about our cousin's blockbuster plan to merge Kaiser-Frazer and Convair. As I said on the phone, I am pretty sure that this is Edgar's doing, even if it seems flamboyant enough to be an Uncle Henry project. That gives me a bit more confidence that it will go t hrough, but it seems like a lot will depend on what is actually going on at Willow Run. The news of the "first" Packet reminds me of the "first" B-24 to come off the lines mid-war, after a similar delay. The fact that we have breaking news of more Air Force contracts being shifted to Detroit is  just going to sharpen the knives if production falters. Edgar probably looks at this as a way to impress and one-up his father --that's  my keen psychological insight!-- and as far as the world is concerned, this is about Uncle Henry. And as far as the world is concerned, Uncle Henry is a flim-flam man.
What I'm saying is, in my opinion, and as usual, Uncle Henry is a fine fellow and I would lend him the shirt off my back, but not a penny of investment money. How you take that is up to you.