A Technical Appendix to Postblogging Technology, February 1949: I Heard An Owl 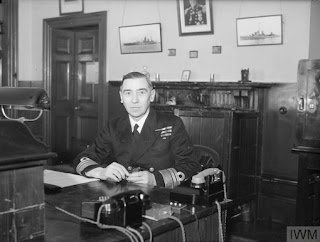 I've been fascinated by Vice-Admiral (E) Sir John Kingcome (1890--1950) since I first encountered him in the Proceedings of the Institute of Mechanical Engineers article summarised by Engineering in the 26 February 1949 number. Part of that is the fact that his title is "Engineer-Vice Admiral of the Fleet." I'm just plain partial to that neat old English wordsmithing.

Part of that has to do with the local connection with Kingcome Inlet, and my youthful interest in Lisa Halliday, of the town of that name. I bring this  up because I find that this post is just better if I dive into my earliest, callow youth; not so much because of Lisa as because, a little later in 1982, when I arrived at UBC, I fell into the company of the UBC Wargamers, much to the detriment of my first year grades, and had various profound and difficult naval matters explained to me in an extremely glib way by the participants in that club's then-thriving naval miniatures set. To the extent that they still wargame, they've been playing rail games for years now, but, back in the day, they collected naval miniatures and crawled around the tables at the old Student Union Building of a Sunday, blowing up Montana with Kitakami.

Pursuant to this fascinating diversion, someone explained to me that British warships of WWII sucked because they lacked "locked train double reduction geared turbines" that would have allowed them to use "high pressure steam." This was consequent to some generalised failure of British science and engineering which had lost the Empire, doomed the Royal Navy, and occasioned Margaret Thatcher. (One could not be so optimistic as to hope that Thatcher would fix this, but any damage she did to British society would be fit punishment for a country that allowed Two Cultures to  get in the way of the Social Role of Science. Notice that this is four years before the publication of Correlli Barnett's Audit of War, which took this argument up to varsity. I think by this time I'd already read a biography of Admiral of the Fleet Sir John Fisher, and been introduced to the Fisher Scheme,  the controversy over which, culminating in the 1923 cancellation, further overdetermined the end of British engineering culture. (Also, Jutland's in there, somehow.)

It's interesting to come back to this, thirty years on, to see how things came to this pass, with a little distance.

A Technological Appendix to Postblogging February, 1949, II: A Thirst For Colour 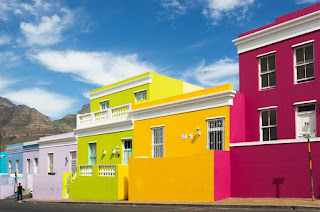 If you're wondering why a sale of 30,000 tons of Argentinian linseed is hanging fire in the winter of 1949, it is because linseed oil is a drying oil. That means that it dries out to form a hard, water impermeable film. If impregnated with molecules of base metals such as lead, a batch of drying oil will be even more susceptible to creating this durable, protective surface. Moreover, it will take on the colour of these molecules, which is often quite bright, as in the example of this street from Capetown, South Africa, which is the second Google Images search return for "brightly painted houses" this Saturday afternoon.

You will be glad to know that I have my law school acceptances (and rejections, who shall all suffer my wrath!!!) before me. These include Stanford, frankly my first choice for family reasons, so considering that I have been deemed not to be Ivy League girl material, as see above, the choice is settled. I gather that there is even a little money set aside for worthy girls by the Women's Club, and I am both quite worthy, if I do not say so myself, and partial to money.

But I did say that I had all my choice, and you will know, of course, that I did not apply to the University of Chicago, but there is their acceptance letter on my desk, brought to me by --oh, but I cannot say, except to express my happiness that I did not see his temper when I told him that I could not return to Chicago as long as Mom is being that way about Reggie. He, I think, vaguely, understands. Uncle Henry, of all people, had him by to chat about it! I'm not entirely sure I want Uncle Henry in my corner in personal matters, but you can't deny that he is good at getting his way!

On the subject of the senior thesis, the most mysterious aspect of the Horace Stevens case is that he actually got on the train for Portland, and yet there was no commotion when he didn't get off. The usual understanding is that he got off along the way, but if that's his body . . . Well. So there's the question of who might have dealt with him on the train, and with an athletic trunk as a clue, I looked at what we know about that train, which is a surprising amount, since it was carrying the Golden Bears ice hockey team and a number of boosters, and there are some articles in the Daily.

Thank you so much for putting Mr. Sutter on the case! It turns out that this was a particular bit of research for which he was well suited. Not as a distinguished member of the California bar, as you would think, but as a man. It turns out that the archives were withholding a file because they thought it would give me the vapours or something.

Just to review, I've been trying to find out why Horace Stevens didn't show up for Binger Hermann's trial in Portland in January of 1910. It's a bit of a puzzler, and for three years I thought I was going to ask either Stevens or his family, but I couldn't find the man! It seems hard to believe that he just disappeared, but last year, after one too many detective movies, I finally decided to look at the obvious other avenue --"Unidentified corpses of 1910." It was a pretty long shot, but Mr. V. has some friends who write detective novels, which is just as good as actually being a detective, if you ask me. They disabused me of the idea of some desperado shooting Stevens on the train to Portland and heaving the body out of the windows. Dramatic, I know, but reading the biographies of the men of the Land Scandal puts you in the way of thinking of these things. Anyway, it turns out that it's harder than it seems, and the body usually ends up on the tracks, attracting attention. Better, I was told, to pack a big, empty trunk.

Bodies showing up in trunks, you say? Well, yes. Specifically, in Los Angeles, in early February. Said trunk was weighted with some dumb-bell plates and wrapped in a terrycloth Turkish bath towel, and thrown in Buena Vista Lake, but floated to the surface. a Los Angeles detective took charge (I'm not sure why, since the body was turned over to state troopers out of Bakersfield) and proceeded to generate a thick, thick file by going around every boxing gym in Los Angeles looking for the man's supposed homosexual lover, on the basis of a violent murder in a fit of jealous rage, etc, etc. The file included many pictures of a decayed, naked male body, since the detective had to prove a violent death, and there was evidence of a beating and death by asphyxiation. Hence the womanly vapours.

Since I requested the file the week before the attempted "hit," and was, in fact, there to see it, not knowing that the clerks were going to claim that it had been lost, it'll do as a movie-plot explanation that I was ordered rubbed-out because it is a vital clue. Well, it or one of the other 132 files in the fasicle, but this is the biggest and most interesting one, so there's that.

(Who else is surprised to hear a moderate Republican attributing defeat in 1948 to the party refusing to repudiate conspiracy theorists who claimed that "Roosevelt bombed Pearl Harbour"? 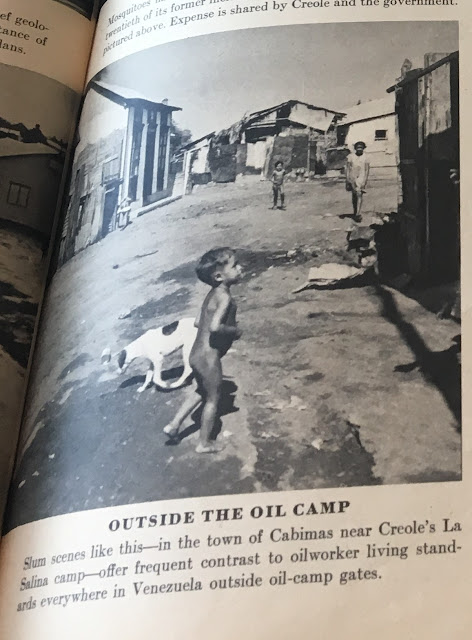