Postblogging Technology, February 1943, II: To The Gates of the Pure Land

I hope you will forgive my impertinence in taking over your correspondence with your cousin again, dear Father-(Out-of)-Law. Uncle is travelling in the East with the redoubtable Wong Lee, and someone here must congratulate you, as I am told that your decoration must otherwise go unpublicised  for now. Uncle is also frantic to continue his campaign on the Earl's patience in respect to electrical engineering versus "little steel." And he has, perhaps, noticed that confinement is wearing on me and that I would welcome this opportunity to make myself useful.

More on Uncle's itnerary. He will be touring facilities in Buffalo on the Boeing matter, but I do not think anyone takes that seriously. The real meat of the trip, it turns out, is a visit to some Heaven-forsaken suburb of Detroit. There is talk of Uncle Henry taking over a white elephant that one of his business partners ran up for an Army contract and cannot now "make go." Fortunately, his son will have the last say in that matter, and Uncle and Edgar have an understanding. Uncle will be returning via Chicago and Vancouver, so you can expect to hear more of our mutual friend, as well as from the yards, on the subject of a mad owner,  dictating minute changes to the refit of Sparrow.

Needless to say, Uncle is quite beside himself at the prospect of going to war. He will not admit it, but he is jealous of your DFC! I should probably slip and say something about boys being boys if I went on about it. You and he are now definitively pencilled in as guests of honour in Santa Clara for the holiday season of 1946, amongst our family heroes from the wars returning. I hope that you shall be available, as, Heaven willing, your grandchildren will be there.

Postblogging February 1943, I, Technical Appendix: One-Adam-Twelve, Where Are You?

This is cool, even if they are French, notwithstanding the DAK-suggestive shorts and forage caps. The Brits had them, (Northumberlanders, no less) but quietly gave the idea up after 1940. Stupid Brits. Here is relief for all of your "Nazi Superman are our superiors" needs.


Vroom! Vroom! You can also clothespeg an old hockey card to the spokes of your bike for a taste of the good old stuff. You probably want to do that before you've ridden a heavily-laden motorcycle down a road like this. (Also, important safety tip: do not ride a motorcycle across rough ground in shorts.Also, important safety-related fashion tip: do not buy your leather pants for motorcycle use from non-motorcycle related paraphernalia retailers unless you are very comfortable with your sexuality. Word to the wise.)

Here's one more  look at the machine that I am implicitly contrasting with  the motorcycles.

It's so tiny! This is one of the Daimler Dingoes brought ashore at Dieppe by Second Canadian Division. That would encapsulate it were it not for the even more stinging account in Beale's Death by Design. It's an armoured car with no turret, not even a weapon! (Unless you count a Bren Gun, but, seriously, by WWII an LMG is basically a decorative element. Heck, they put them on Matador variants! ) Beale even has some timely quotes from stakeholders who thought that it was grotesquely underarmed, and a tart word or two for the men, apparently cavalry officers, who insisted on features like low height, equal-speed reverse gears and front-and-back steering, all at the expense of proper firepower. The same quotes even show up in Richard Meade's recent biography of Richard McCreery.

You'll note, though, that the NPOV Wikipedia article has no difficulty in describing the Dingo as "perhaps the best British AFV of World War II."

Now, this might seem crazy. Here's a thought experiment. Recon units are all supposed to be up at the front looking for things for the artillery to shoot at. So if an armoured car spots something worth an artillery shot, why doesn't the recon unit shoot it? Because it doesn't have a gun? Well, that was stupid. Give the next one a gun!

The Daimler Dingo was 4ft 11". That makes it good at hiding. I know, I know, there's nothing manly about hiding. Well, unless you're playing in stealth mode, but even then you expect to be able to stab people. The Dingo doesn't stab people. It goes up, it looks around, and then it tells command what it sees, and none the wiser.

There is nothing more important to proper management than timely intelligence. My whimsical photoessay deserves some caveats, since armoured cars have other roles than reconnaissance, but taking into account the crucial importance of the reconnaissance role, you can see that the constant temptation to shut the crew up in a turret and lumber them with a Very Big Gun represents a tendency to lose the plot.

There's probably some kind of commentary on the human condition here. I do know that as a middle manager, one of the constant fights within our echelon is over access to timely, useful intelligence, and a never-ending deluge of process intended to extract it, process that is inevitably gamed.

Which is probably why the hugely important subject of military communications in World War II is not better understood. Attempts to study it sidle up to the subject, look it over, bounce off it in sheer boredom, and wander on to tangents. People exchange intelligence on radio? Let's talk about SIGINT! Forward air controllers direct close air support? Let's talk about air war doctrine! Tanks have to talk to infantry, and infantry to tanks? Let's talk about armoured warfare doctrine! Army communications go over cable and telephone lines via switchboards... Actually, you know what? There's no way to make that interesting. Let's pretend its happening in the background and move on to more interesting stuff, like what makes British generals drool, and German generals rule.

From the perspective of this blog, it's crazy. Radio was arguably the most important thing in people's lives in 1938, and the only reason it got less important after the war was that, I've been told, video killed the radio star.  World War II, you might think, might have had something to do with that. And that, in turn, might have some bearing on this world that we live in.

The house, or rather houses, are a-whirl with the energy of youth this month. Our distant relative, the actor-turned-Signals-Corps-Captain (you know who I mean) has turned in a handsome apology for his behaviour over the last few months, admitting that he paid far too close attention to "Miss V.C.," and blaming marital troubles, now resolved, for the fact that he "was not himself." He will not, he told me, be making further domestic visits.

I was pleased to accept this resolution. For all of "Mrs. J. C.'s" suspicions --some confirmed, I will ashamedly own-- he is a winning young man with a bright future in politics, if he chooses to pursue it. This affair, if successfully prosecuted, would quite ruin those hopes, and make his father's old age even bleaker than otherwise. (It is odd, or, rather, telling that a divorce should be seen as fatal to one's electoral prospects, while the press will decline to press closely the investigation into any candidate's even most obviously questionable ancestry, but the precedent was set long before our time.) As little as I like the Engineer, I will not deny him the pleasure of seeing his son succeed in a field in which he so resoundingly failed.

But this did not resolve the matter of suitors pressing round "Miss V.C.," because apart from your younger son's obvious interest (speaks the wisdom of age) there is the matter of "Lieutenant A.," who now seems determined to press his own suit. As he is young, single, handsome, born to wealth and well-connected, I see no reason to object if he wishes to insert himself in our social whirl for as long as his Admiral's business keeps him in San Francisco. I have, however, intimated to him that Wong Lee's vigilance is not to be underestimated.

I also rather hope that he manages to obtain a slightly more modern auto for use social calling soon, however.

As for "Miss V. C.," and Wong Lee, for that matter, I am pleased, even if I must pretend otherwise, to report that he caught her in the main hall of Chi Wei Tao Wan the other night, trying to enter the west wing. As this would have involved removing the tarpaulin covering the Whale Man, it is rather a serious matter. Your wife still has not found anyone she deems competent to restore it. It may have stood too many seasons of Pacific storms since the Founder's son and daughter were carried through it to be introduced to their grandfather. In any case, I had to explain to "Miss V.C." that Grandfather is being kept isolated out of concerns for his health, and that she might be allowed to visit him by prearranged appointment if properly gowned, and that due to the condition of the main wing of the mansion and the state of preservation of the art in it, the covers must on no account be removed.

None of this was convincing, of course. Indeed, I was as unconvincing as I dared to be, hoping that she would realise that the "appointment" would be a ruse, giving us time to make Grandfather up, while pointing her curiosity towards the furnishings of the main hall.  I have, however, given an undertaking to her parents not to lead her curiosity. When she asked me about the Chinese practice of giving out monetary presents at the Lunar New Year, I had to suppress my temptation to dwell on the significance of red envelopes and the like, and instead claim entire ignorance.

I could add to this picture of domesticity by painting your youngest and Wong Lee's son posing in their cadet uniforms and of your daughter-in-law in all of her radiance, but since I include photographs, words will not be needed, and I do not, after considering the last number of Fortune, trust myself not to descend into autumnal despair. I could also make some technical comments, but will refrain for a few paragraphs yet, though I will get them out of the way in the first section, as the second section is devoted to investment prospects in insurance, and will, I expect, bore all and sundry. 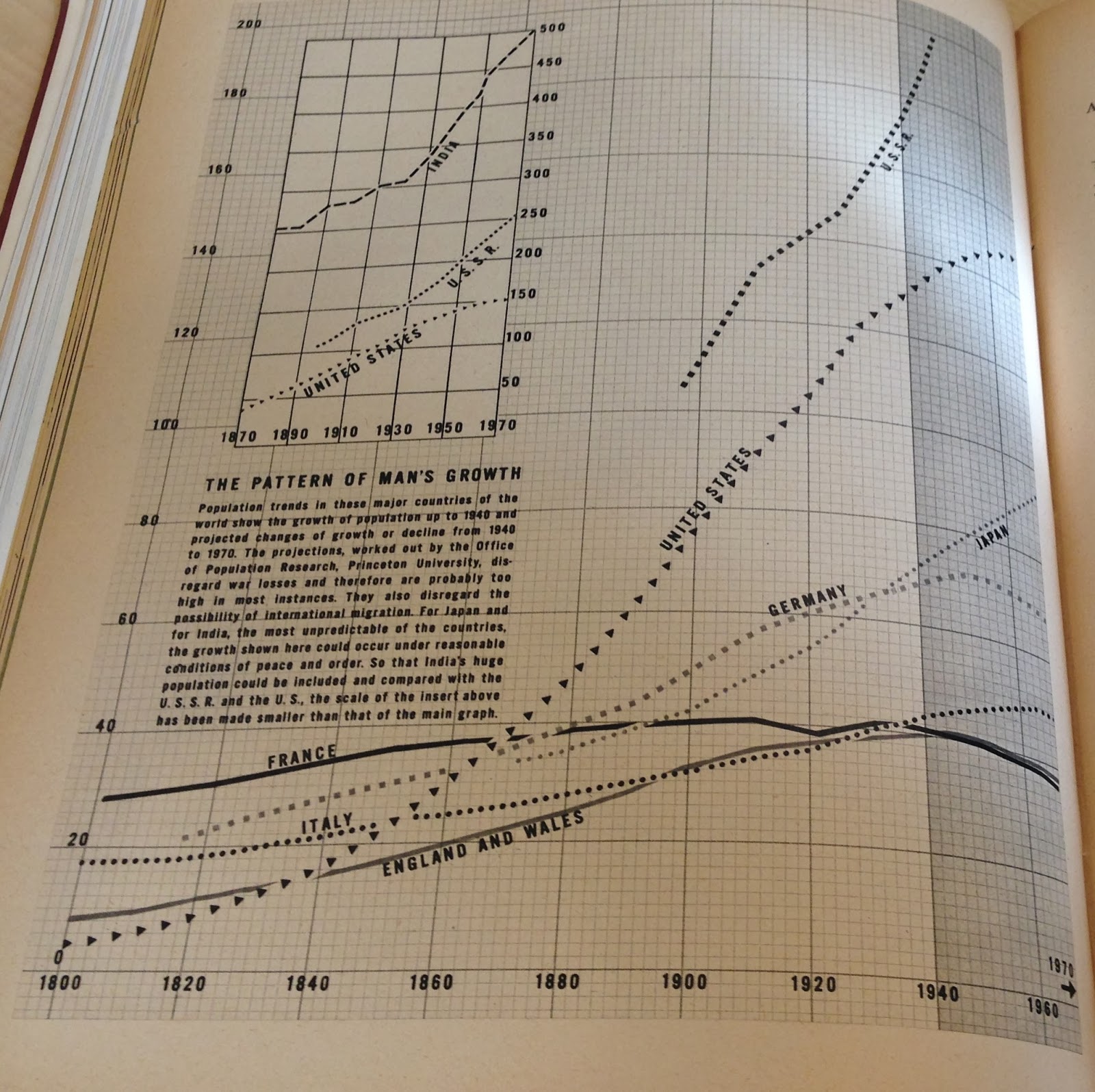 Email ThisBlogThis!Share to TwitterShare to FacebookShare to Pinterest
Labels: It's All About Me, Postblogging, Seventy Years Ago More-or-Less Today, Substructural History of Strategy 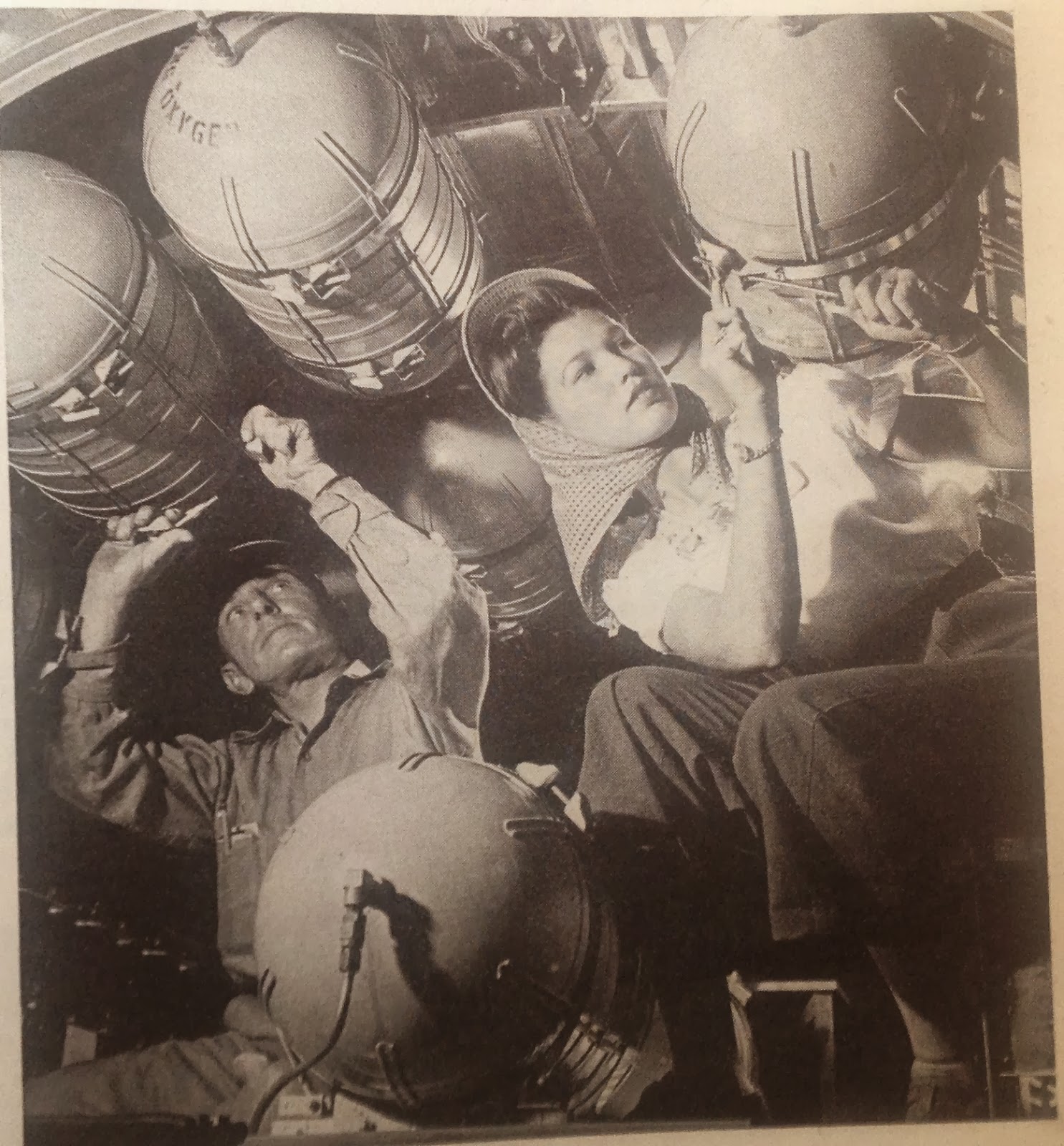 Up to the moment I hit "Publish," I share her with one other male gaze. My eye is on the past. His is on the future. Praise the goddess-descended daughter of Elysium. I just hope for his sake that she doesn't freeze him out, that there's a spark there.