Camels, Salt, and the Rise of Islam: Some Small Reflections on a Minor Controversy on Someone Else's Blog

British Columbia Highway 97 has a familiar and storied number for those who've taken long vacations on the Pacific slope, continuing the California-Washington-Oregon route number for the simple reason that it is the Canadian extension of that road. In its earliest recorded form, it follows the Okanogan River, becoming the Okanagan Trail at Osoyoos once it crosses the border and the regional spelling changes. Once into Canada, many old-time travellers on the Okanagan Trail wanted to get to the Cariboo gold fields, which requires crossing from the Okanagan- Columbia basin to the Fraser-Thompson basin at Kamloops, which happens to be where my sister and her family are now living.

About halfway from Vernon to Kamloops,  Highway 97C runs through the unincorporated community of Westwold, which lies in a peculiar, glacial valley suspended about 200m above both river basins. Westwold is only one of three major areas of flat, arable land along the route. Since that kind of farm country is rare in British Columbia, it might seem surprisingly little-used, but it is probably too high and too cold for fruit, and back when steep climbs and bad winter weather actually mattered to travellers, it was avoided in favour of the slightly longer route running through Salmon Arm. Traditionally, Westwold was the  winter pasture of the nearby Douglas Lake Ranch.

I could talk about this at even greater length, but really my only point would be that I was thinking about mountains and winter pasture a great deal this past week, and I travelled through Westwold three times in four days. Since the thing I wasn't doing was reading and writing towards the next postblogging installment, I thought that I would talk about something else. Specifically, a reading that bloomed over at Brad Delong's blog not incidental to my own attempts to plough through Raoul McLaughlin's Roman Empire and the Indian Ocean.

Aviation Week asks for a thorough test flight program, carried out by "neutral" observers, and asks that any decisions be put off until those tests are completed. Not to recycle last week's material, but that's not going to happen. USS United States will be cancelled on 23 April 1949, after the Navy admitted that the five ship program and associated bombers would cost at least $150 million, more than ten times the price per bomb of the B-36 programme. John L. Sullivan, American Secretary of the Navy, would resign on the evening of 2 May and explain his reasons in a letter to Louis Johnson, and the press, released the next day, by which time a threat to the Marine Corps had surfaced, and Carl Vinson was on the floor. "The B-36 Controversy" was over, and the "Revolt of the Admirals" had begun.
Read more »
Posted by Erik Lund at 4:01 PM No comments:

Postblogging Technology, March 1949, II: A Comet in the Future

I leave this for you so that you will know that I haven't been wasting my time while enjoying your hospitality. Besides, I don't really know the rules about what an air stewardess can carry along or not. (Although, yes, this is a thin excuse for calling this a finished letter. They do carry overnight bags, which are a lot bigger than a rice paper manuscript!)

So by the time you read this, I will be landing in San Francisco, and exploiting my fake identity to pass through Customs without anyone the wiser. I'd be more dramatic if this weren't your plan; Yours and Wong Lee's. Hopefully, the next stage goes as well, and we have a fait accompli to present to the College Man. Otherwise, Wong Lee will have to go to war for our honour, and I will return across the border at the usual place on Thursday. Since my plans for next year will then all be thrown aside, I retract every unkind thing I said about anyone and everyone when I first heard the suggestion, and humbly throw myself on your mercy. Please do  secure me a late entrance into the University of British Columbia School of Law.

In this sixty-eighth year of the reign of our sovereign majesty,Queen Elizabeth II, she has been honoured by a warship carrying her name. 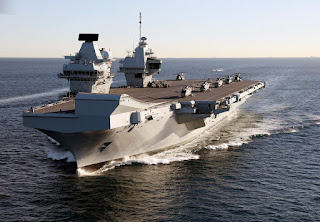 Also, your humble correspondent has agreed to work a fifth day this week to address my employer's ongoing, critical labour shortage, prior to working another three straight next week so that I can have my days off together. Under the agreement imposed by the Special Officer last December, I am working 9 1/2-hour, four day weeks as some measure of compensation for the theft of my paid accumulated time off benefit under said award, thus the additional overtime commitment, and a physically gruelling, if otherwise none-too stressful work week which has left me unable to complete a postblogging installment. And also entirely unable to understand how the management of a professionally run, national corporation thinks it appropriate to alienate its labour force in a chronic, endemic labour shortage. The best excuses I can come up with involve some kind of combination of fiscal exigencies and institutional blind spots. 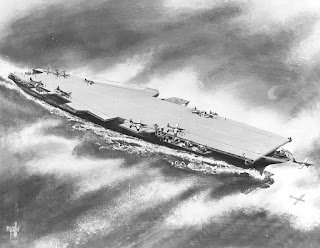 Postblogging Technology, March 1949, I: A Sturdy Refusal to be Perplexed

a month left to my undergraduate career, but not even really that! My undergraduate thesis --the one that I am turning in for grades-- is already in hand. I will receive it back for final revision next week, and, since I have no final exams scheduled for April, it is all over but the relaxing. Perhaps on the thought that my mighty mind will go to rot and ruin before I reach law school, I have even been invited to some graduate seminars! Ordinarily, I would be honoured but . . . But, firstly, wine and cheese gratis. Second, the Philosophy Department is hosting some Big Names from back east preparatory to the appearance on our shores of the one and only Wittgenstein, of which --Well, if you're not a philosopher, don't ask, because I cannot speak. Ha! Joke!

Sorry. Perhaps one glass too many. So the thought was that the Big Name might, science being close to technology (I know, I was as surprised as you to hear it!), like to comment on the notes an enterprising Junior College lad took at a Heidegger seminar in Berlin last month (he was being there! Ahem. Definitely one glass too many) where the Great Man, who is definitely not a Nazi, launched a new "research programme" in technology. German philosophers have "research," you see. When they're not being not-Nazis.

The upshot is that the Big Name has hardly any idea of who this Heidegger fellow is, disapproves of what  he did know, and hardly stayed awake through our enthusiastic graduate student's report. The young man was visibly crushed (though he didn't help his case by showing off in the question and answer session), and it was all anticlimactic leading into Wittgenstein, for whom the vogue would seem to have passed, anyway.

Excuse me. In that rush of words, I may have managed to avoid mentioning why I actually have a serious interest in what philosophy  has to say about technology, since I am not very happy with what patent law says about it. Yes, disappointment ensued, but progress. Maybe.

So, as to what my thesis doesn't say. I'm tolerably sure that Horace Stevens was killed on the train that took the Stanford hockey team up to Oregon in February 1912. Mr. V., of all people, who knows murderers, maybe, and murder mystery writers for sure, said I should ignore the athletes and coaches, who would have been isolated in an excursion car. Boosters and journalists were your guys. And who should be among them but Russell Pegler, apparently distantly related to same, and the journalist who covered the unidentified corpse-in-a-trunk story for the Examiner --and who provided the tips that led the investigation to focus on the demi-monde. Why would he do sports?

Wong Lee didn't even hesitate. "Blackmail, of course. Stupid blackmail. So there will be cheques." And current cheques, too, since Pegler is still alive at 90, and someone still cares enough to try to kill me. (Twice, says Wong Lee, who found a bomb under the Lincoln the other day. Unfortunately, it's the only thing holding on the exhaust manifold, so we have to leave it there and we start the car by hot-wiring now. Kidding! Slightly.) That's where being able to ask Pete Giannini for a favour comes in handy.  Story made too-late short, Pegler receives a quarterly stipend from Union Oil,  or, previous to 1945, Consolidated Engineering, or, previous to 1937, the Union Aircraft Corporation. It won't stand up in court, especially because I think it might be slightly illegal to ask the chairman of the bank to look at confidential bank records for you, but Pegler's services in the ain't-saying-anything department are being retained by Junior, presumably for his Dad.

Heaven knows I don't want to cross the man again, and I'm not exactly boiling over with zeal unrequited for justice for the murder of Horace Stevens, who does not seem to have been very nice. I'm just at a loss to think of a way of persuading the Boy Genius of it before some Tong assassin gets lucky.