R_. C_.,
c/o
M_.C_.,
Shaughnessy,
Vancouver,
Canada
Dear Father:
I hope this finds you well and in the hands of Fat Chow in Trail, and not still taking the waters. I am couriering this from Paris so I can report on our banquet with the captains and Our Man on "Poverty Row" in Le Havre last Saturday. The captains seemed content with their gratuities, so hopefully there will be no leaks like the ones that some of our competition have suffered. (It helps that none of our boats sprang a leak off Ireland.) On the downside, there's going to be some bad movies. As our man says,  there will be no more trucks of silver nitrate arriving at the studio, and "Every time a truckload of film pulls up, the neighbours just say that we're getting ready to do another stinker."
Before our meeting with Fat Chow, we at least got to do some sightseeing and general tourist things in Normandy, and EAT! I haven't had FOOD since we left Formosa, and how I've missed it! California has a lot of things, but it could really do with some good restaurants. The rest of my impressions of France, including a decent chance to see parts of Paris that aren't mainly for intrigue and smuggling, are going to be delayed until I actually do them, so, starting tomorrow, and coming to you by the surface mail.
Your Loving Daughter,
Ronnie 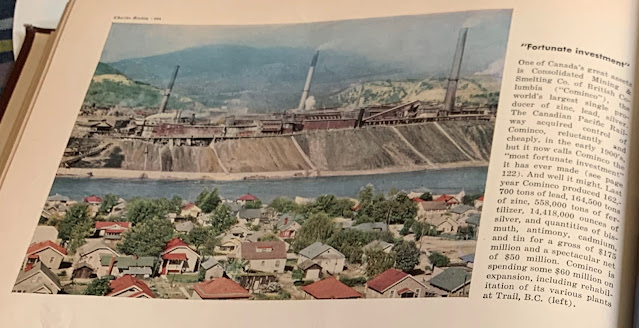 A Technological Appendix to Postblogging Technology, August 1952, I: The Jersey Turnpike

So the original plan was to write Postblogging Technology, August 1952, II: Clever Subtitle, I Wish, this weekend. But then two things happened. First, my final week of holidays for 2022, reappeared after getting itself mysteriously lost last month. (Just kidding, I know exactly what happened to it, but I don't see that there's much reason to press one schedule writer's screw-up if he's not inclined to own up to it.)

I don't know about you guys, but I'm not at my  best planning around weeks off that appear on my work schedule with four hours' notice. Second, my flu shot is scheduled for tonight, which might or might not wipe me out tomorrow.

The upshot is that I'm going to write the postblog starting tomorrow and then head off to Vancouver Island for the weekend to meet up with my Mom and my godlike sister-in-law and my bigshot brother who is a doctor and also my bigshot nephew who is also now a doctor. (And getting married! Whoo-hooh, M.!) And also maybe the other nephews and nieces on that side, depending.

So instead here's some technological appendixing, about what might be, depending on how this whole "global warming" thing plays out, the most historically significant single highway in all of human history. (If we do, it's the Royal Road.)

Wikipedia lays out the story in a more accessible way than a seventy-year-old number of Engineering: Interstate traffic from New York through Philadelphia, the first and third largest cities in the country, combined in northern New Jersey with traffic for the capital and the South and with western traffic via the Pennsylvania Turnpike to create intolerable congestion for New Jerseyites as automobile use advanced through the Jazz Age. Then, a combination of the Depression and World War II prevented any more gradual remediation until by 1948, the situation was intolerable, leading to capos getting separated from carloads of bodyguards on the Jones Beach Causeway, with unfortunate consequences.
The Governor of New Jersey therefore authorised a "turnpike," or toll-supported highway, to run from the George Washington Bridge connecting New Jersey with Manhattan, to the Delaware Memorial Bridge (actually, an interchange next to the bridge; close enough). On 5 November 1951 (but not really, because of delays in deliveries of the rolled steel components of the Hackensack and Passiac river bridges) only three years later, the Turnpike opened to traffic, which is only a bit less astonishing than the schedule of its complementing Delaware Memorial Bridge, begun on 1 February 1949 and opened on 16 August 1952. (Between province and city, we have a commitment, announced 2 October 2019, to replace the George Massey Tunnel under the main channel of the Fraser River between Richmond and Delta with an eight-lane tunnel that will be completed in "2030.")
Read more »
Posted by Erik Lund at 3:20 PM No comments:

Postblogging Technology, August 1952, I: Attack of the Saucers in 3D!


Dear Father:
It has been a frantic week as Reggie received last minute instructions ordering him to the naval laboratory at Woods Hole for top secret discussions of top secret stuff related to listening for submarines from ground stations, and then back to New York in time to catch our liner. I was to have a fine time catching up with Miss K., who has since last I was part of her circle completed an MA  in French at the University of California, and who was on her way to Paris for PhD studies. Unfortunately for me, although not for her, a whirlwind shipboard romance supervened (and I think she has doubts about doctoral studies, anyway, and is more interested in authorship). So I have seen absolutely nothing of her, the Sorbonne will see nothing of her, and perhaps I was there to see the salad days of one of the writers who will answer John Pierce's call for a more serious kind of science fiction!
And I had the time to finish this letter, while my darling bones up on the physics of computed acoustics, or some such. It has Fourier and Laplace transforms, anyway. Whatever those are, for I fear that closer exposure will leave me an irremediable neuropsychiatric case! (Whatever happened to shell shock? I can spell shell shock without pausing and using my fingers to remind myself that the "y" comes before the "c." When I write in English, I mean. Or type it, which is the real issue.) 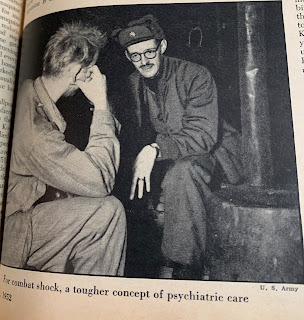 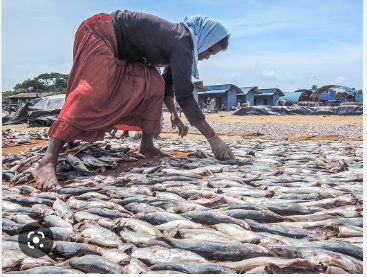 So here is, I think, a pretty basic question suited for a footnote as I gallop through the way that the politics of Sixteenth Century Europe led to the Pilgrims' exit from Leiden and the world of Lawrence Stone's Family, Sex and Marriage, which, to my shame, I still know from the cod summaries of others and not from a direct reading in spite of it being on my list since I first encountered Fenimore Cooper's Nineteenth-Century-novelist-style sly hints about the role of marriage, church and deception in American ethnogenesis. Ahem, digressive sentence over, direct question: What was it like to sail from Devon and Newfoundland. I mean, people did it, by the millions! Canada's most important contribution to the world's inventory of dirty drinking songs is about the "North Atlantic squadron."

I've posted this Youtube-guaranteed bowdlerised version from Stompin' Tom before, but it's not hurting anyone to do it again.

So, yeah, not finding it, although I'm pretty sure it's out there and I've just not landed on it. But what I did find is some fine scholarship posted to the web  here, here, and here, and a historiographic recommendation to Jeffrey Bolster's  Mortal Sea, which turns out to be a book which I've bounced off before, so now I've got two copies counting a Kindle edition. Oops. (It seems I wanted Peter Pope's Fish Into Wine, at $57 for a paperback delivered next month. Fuck!) Anyway, I am presented with a thesis which, after reading about early Scottish lawsuits and Kim Stanley Robinson's New York, 2140AD, of all things, I now have something to say.

Email ThisBlogThis!Share to TwitterShare to FacebookShare to Pinterest
Labels: Blue Plate Specials, Fall of Rome, Gathering the Bones, Goodbye to the Vikings?, Pirate History of the Atlantic 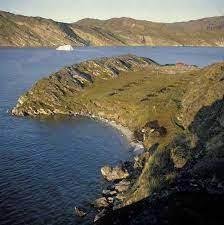 Email ThisBlogThis!Share to TwitterShare to FacebookShare to Pinterest
Labels: History of Science, It's All About Me, Magic Aeroplanes, Technical Appendix
Newer Posts Older Posts Home
Subscribe to: Posts (Atom)