While I try not to overload this blog with my personal life, I do not think that it is entirely irrelevant to the idea of an "Educational Complex State" that I am working closing manager shifts from Sunday to Friday continuously this week. It is for that reason that I propose to spend next Saturday watching Netflix and gently drooling on myself, and if guilt does drive me to the library, it will certainly not drive me to finish "Postblogging Technology, August 1945, II." In fact, popping into the library for a few hours might be a nice compromise.

Edit: Forgot to link to myself!

The big takeaway here in the news is that the number of old people keeps growing. Hey, that's me! The one that I want to look at is the datum that the rate of population growth in Canada declined again.  This isn't unprecedented, but it is the lowest figure since 1998, and the 1998 figures are adequately explained by the whole "Boom, Bust and Echo" thing. 2015 has no such excuse.

We're also clearly bad at predicting stuff. When will Canada reach a population of 40 million (low count)?  2036, Statscan said in 2009. Wait, no, 2060! I'd give the number from the 2000 projections, but apparently the Statscan server has eaten it.

I point these things out because, if you're living in Vancouver, and unless you're looking for work as an LPN (good news!) or RN (not so good news!), the issue is real estate. Is there a housing bubble in Vancouver?

No, said the Real Estate Board in 2014: a net 30,000 people will move to Vancouver each year through 2041, leading to an increase in population from 2.2 million to 3.4 million, and a requirement for 574,000 additional housing units. The chart accompanying their optimistic projection, which shows interprovincial migration to the province going positive for the first time since 2011, is entertainingly described as indicating the beginning of the trend that will continue for the next generation. Metro's data from the summer of 2015, when we were having an argument about new taxes to fund transit expansion (it's totally meany-pants to keep funding the busses with property taxes, you see) shows a net increase of 1,068,000, 2011--41. The major difference between Metro's numbers and the Board's appears to be that the population changes that have already happened have been adjusted down to what has actually been observed. Going forward, we'll be back to the +30,000 number in jig time!

It takes some digging to discover that these numbers are all "medium growth" projections. Until the day that Statscan buys a new TRS-80, it will be impossible to say for sure whehter its numbers have continuously disappointed on the low side of the "low projection," but all signs point to "yes."

Well, not actually a conclusion, as such. You've never heard of Dandridge MacFarlan Cole, and neither, frankly, have I. I just followed a "notable Martin Marietta individuals" at the bottom of the Wiki page, only to find that he's not actually a famous aerospace person. That is the entire sum of this week's profound thought. That and pictures.

I mean, look at that face. Is that a feet-up-on-the-desk guy, or what? 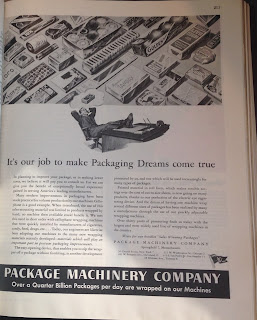 If I were in a position to research this post, I would be launching into the space race in a serious way. You can see that I've started in that direction. Martin Marietta is important because it was the contractor in charge of building the Vanguard TV3 for the Navy

The Navy/Martin thread is one you can follow without running into Wernher v. Braun, and it's also interesting because the TV3 failure seems to have been about privileging software over hardware. The team wanted to steer the Vanguard satellite into the right orbit (a difficult task, often glossed over), so that they could prove the worth of their shiny new telemetry and tracking network. As a result, the case can be made that it was a bit more of a Rube Goldberg affair than its Redstone rival, hence the early failures.

So much for that. To the extent that Vanguard was a management failure, having Dandridge MacFarlan Cole anywhere within three hundred feet of the project was a bad omen. No offence to the actual Mr. Cole, who seems to have been labouring under some kind of pretty serious personal burden; I only mean to indict the people who kept giving him second chances. You may well take a different perspective on the guy once you've read his Wiki-biography, but, come on, he failed out of Princeton, was drafted as a private, got a terminal master's from UPenn, ended up teaching high school science, and still came out of that to have, however briefly, a career as an aerospace engineer?


"Clever." It's amazing what you can turn into an insult with the right, patronising tone.

Sure, you could build a story of class ressentiment out of this raw material. Jewish kid from the hood versus

IN fact, why don't we? Milton Rosen's intial trajectory seems predictable enough. First, he graduated with the traditionally toughest degree in the engineering curriculum from the local college.

Then, a mysterious three-year gap in the potted biography, ending with a position at the Naval Research Laboratory, back when it wsn't much of a thing, and when it was hiring everyone who breathed. The biography goes on to note that he worked on "missile guidance systems" during the war. Again, not exactly high prestige stuff.

From this, Rosen emerged from it as the guy in charge of the Navy's Viking-Vanguard programme; and, from there we get to TV3. And yet, somehow, three years later, he emerges as Wernher v Braun's boss, able to tell our favourite, apolitical slaveowner to drop his grandiose Earth rendezvous schemes and get on the lunar rendezvous bus.

Ater all the missteps and the gap years,  in the end, Milton Rosen is an American hero.

How did it happen? Well, let's say that you've got a lot of people working with outdated technology-

You might not even understand what part is actually outdated.

And you're short of labour, or, as they quaintly said in the day, "manpower." (I'm sure that that''s not going to have any negative consequences in the next decade or so!)

Notice that I didn't say "skilled labour." That is, I'm not talking about a shortage of the kind of labour that might exist if there was just more money for student loans, but, rather, a shortage of actually existing people who might be put to work, because you train people. And by "train" people I mean a process that actually has noticeable results, as opposed to handing out one page multiple exams with answer sheets, which I hear is done at some workplaces. 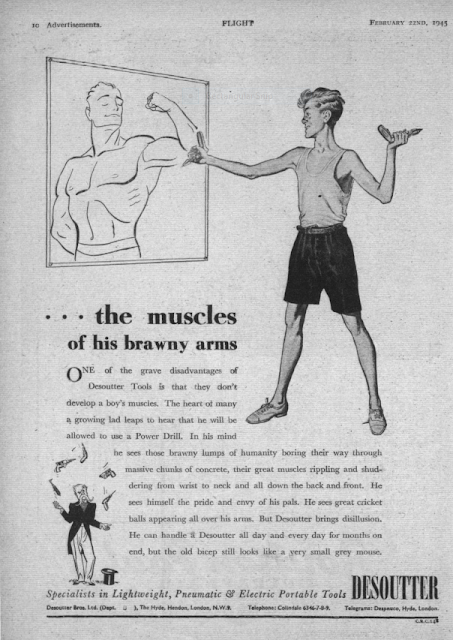 Then, as an alternative, you consider adopting labour saving technologies:

And when that fails? That's when you hire the Milton Rosens of the world along with the Dandridge MacFarlan Coles.

I'd say more, but there's just an astonishing amount of missile work going on in America in the 1950s, far more than I am in a position to boil down, and it is not like the labour shortage there is unique.  There might not be enough rocket scientists, but there's no-one to run the chemical plant at the Ocean Falls pulp mill, either. Nor, I suggest, are the social dynamics transparent. President Eisenhower really did want to clamp down on "Military-Industrial Complex" spending --that's part of the story of TV3, surely. Yet, between Bomber Gap, Missile Gap and Sputnik Crisis, he didn't. (And that's not even getting into the whole UFO thing.)

These recurrent air/moral panics are often seen as reflecting a "Cold War" mentality, as serving the needs of, again, the "Military Industrial Complex." Maybe. Or are they doing useful work by keeping the labour shortage going? In that case, I suggest we need some kind of instrumental theory of panics.

With which thought I close with two links: