The Bishop's Sea: From Cuba to the Canaries, Mining Language

Shoutout to Allison Margaret Bigelow. I thought about using the frontispiece to her new book from the University of North Carolina Press* as the thumbnail image, but Paler Rider is a well-shot movie. Although at this late date I can't extract the shot of Megan riding down to the pelton wheel from the production's worst features.

To be clear, we're here for the pelton wheel at the gold mining camp, although there's something to be said for Sydney Penny. I wonder if she could have had a career if the director had cared to do his duty by his teenaged co-star instead of burnishing his own legend?

This is going to be a short post about mining, language and the peopling of the colonial Caribbean, because I am so tired from a goofy work week that I had to look up how to spell "cinematography." 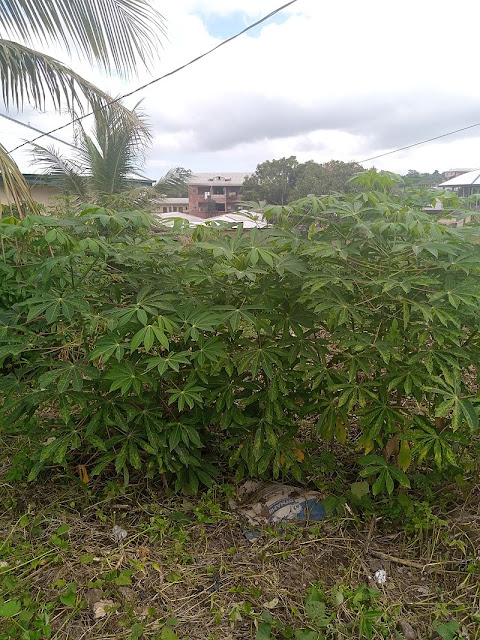 Besides encountering Bigelow's book about reconstructing the origins of the Latin American mining industry by recovering its founding technics through language, this post was inspired by an aside about the ancestry of the population of modern Cuba that claimed a large share of "Canarian" DNA. It turns out that there is both more and less to this claim than I expected. We do not actually need modern explorations of mtDNA to confirm a substantial Canarian component to the Sixteenth Century emigration to Cuba, because it is a traditional part of the Cuban narrative, used to explain similarities between the Cuban and Canarian dialects of Castilian. That's a nice tie-in back to the language question! There is, however, also actual mtDNA science to cite here, although it seems to be at the level of 23andMe fans citing work from the Canaries. That is, "[t]he North African haplogroup E1b1b1b (E-M81), is found [in Cuban samples] at a frequency of 6.1%," and this is tied back to the Canaries specifically by work on Canarian DNA which has provoked general interest by demonstrating the survival of an autochthonous Canarian population closely related to adjacent North African populations in Morocco and Mauretania.

This is in striking contrast with what I am assured is a traditional assumption that the Guanche rapidly became  extinct due to the advancing wave of white European colonisation. I am not sure how this came to be "traditional explanation" when pre-colonisation surnames survived in the Canary Islands, but I do know that I was brought up on mid-century adventure fiction and I never questioned it as a young man. I dunno. Something's going on here. I mean, as Justice Taney says, "No person of African descent can be a citizen of the United States." Thought for the week! It extends over to Cuba, of course, where the big discovery is more usually framed as the discovery of a Native American admixture about as large as the North African one, showing that the Taino did not "go extinct," either. Here's a Youtube retrospective of Sydney Penny's career with lots of stills of the daughter of "Western swing band leader and comedian, Hank Penny, and his wife, Shari." She's of "Cherokee descent," surprisingly enough.

Bigelow's argument is largely about the silver mining industry in Mexico and Peru, and, fair enough because those industries might just be the driving mechanism of modernity. It is very hard to imagine the rise of Great Britain without the question of the English succession becoming entangled with the establishment of the Protestant Church of England; The three-century succession crisis without the Dutch Revolt; And the Dutch Revolt without the religious conflict within the Netherlands, arguably set off by Charles V's reform of the Prince-Bishopric of Utrecht. Although, having pushed the chain of "momentous events triggered by the Columbian moment" as far back as the Sack of Rome, we have arrived at a stage in the mining history of the Western Hemisphere where we are talking about alluvial gold workings, mainly in Hispaniola and Darien.

Actually, in some ways, restricting the argument to its earliest phases might strengthen it, from my perspective. (Bigelow brings additional evidence from Peru to bear, so this is not true for her monograph, but I am trying to restrict this investigation to the Northern Hemisphere.) Alluvial gold mining is a high skill activity without European practitioners; but it is the foundation of the gold industry in the Guinean highlands, which in itself played such an important role in the first stages of the Atlantic plantation, and is also the region from which some of the first African slave populations of the New World were derived. If Henry the Navigator got his start as an Atlantic slaver by sending Mauretanian coastal fishers to be Lagos, where their skills were in acute demand, how much  more logical would be shipping African miners to exploit the placer streams of Hispaniola, eastern Cuba and the Spanish Main more efficiently than could indigenous labour?

Two centuries ago, Alexander v. Humboldt estimated that the total return on the Spanish adventure in the New World in the first decades of the Sixteenth Century as 2 million pesos a year, divided between 800,000 pesos from the Mainland coastal pearl fishery, one million from alluvial gold mining, with only ten percent of it from residual exports. I wonder if the cassava bread with which returning ships were stored, to bitter complaints from the crews.

A lot of this, you have to think, is just opaque to everyone. We have a vague sense that the Spanish were desperate for slaves to work in the gold "mines," but next to no idea how gold is actually extracted from alluvial deposits. We have some sense that the crews of ships returning to Europe were desperately resistant to the indigenous crops of the New World, but as far as I know, no-one has bothered to look up the nutritional content of cassava bread and discover that it has about half the nutritional density of wheat bread. It's not that it is a bad crop, but its prominence in tropical crop rotations has a great deal to do with its abundant canopy, which shades out weeds and makes it a great lead-in to a fallow rotation after several years under maize corn and legumes. As far as food goes, anything lost when it is fed to humans can be recovered by feeding it as animal fodder. As far as the "Hunger Isles" of the Caribbean between the arrival of 1700 bumptious Europeans in 1494 and Cortez's departure for Mexico in 1519 goes, there's a suggestion that no-one even had much of a grip on what was needed on the dinner plate, never mind the labour market. If gold exports were going to peter out without West African slave labour, and this was understood at the decision-making level, we can begin to understand how the Arica-to-Caribbean connection was being forged without dragging Spain, Mexico, or the later development of the sugar plantation economy into the story.

*Allison Margaret Bigelow, Mining Language: Racial Thinking, Indigenous Knowledge, and Colonial Metallurgy in the Early Modern Iberian World. Raleigh, North Carolina: UNC Press, 2020. With the usual caveat that they yell at writers for not following citation standards to the letter, but publishing houses can fuck round with [author]. [title]. [place]. [publisher]. [date] as they please. In this case, "place" might as well be Luton as far as the website is concerned, and the Omohundro Institute wants to get mentioned in here somewhere. Fuck, guys. We have to type all this shit out! Publishers have to make space for it. Copyeditors yell at us. Get it together!

Email ThisBlogThis!Share to TwitterShare to FacebookShare to Pinterest
Labels: Books That I Have Read, Gathering the Bones, History of Science, Pirate History of the Atlantic, Public Engagement