Given that Marrakesh itself was only founded about this time, it is unlikely that the city settlement of Safi is much older than the mention in al-Idrisi, so it is unfortunate that the enthusiasm for plumbing the depths of the Atlantic in southerly latitudes apparently lapsed at the mouth of the Chaaba. Had Asafi been founded on the Draa, instead, we would have been getting somewhere.
Such a thing is not a very likely direction for alternate history to take. The Draa was the stronghold of the Saadi, but they based their power on the Tagmadert, far up the course of the river, and looked southward inland towards the Gold Coast. The river is usually dry downriver. Tantan, at the mouth of the Draa, was a flyspeck on the border with the Spanish Sahara before the annexation, and is now a pitstop in the middle of nowhere.

Which is too bad, because the Canary Islands are just offshore, two hundred kilometers from Tantan by eye, and 1000 from Spain to the northern tip of Lanzerote.

The history of the Canary Islands has a certain, stylised character. The "Guanche" are positioned as a unique people with a Neolithic technology and Cro-Magnon ties, isolated within their archipelago and likely individual islands by a lack of "boats." (Scare quotes to signify that I find this technically implausible, but am perfectly willing to be sold on a more everyday-life situated explanation for a lack of marine enterprise.) This allows one to drag in Atlantis, naturally enough. The islands may be referenced by Pliny the Elder, and a stray reference to the ruins of old stone buildings is enough to launch these fancies into full flight.

From a different line of romanticisation, Roman connection has long been assumed on the basis of potsherds. The same are found more widely, there being a former vogue for scrounging them up in New World port cities, with Texan and Brazilian examples usually brought forward by the "premature Atlanticists," amongst whom Afrocentri conspiracy theorists form a relatively pleasantly refreshing non-Caucasian perspective. (Still crazy, less White.) The Western Hemisphere finds seem to come from ballast deposits, but exacavations at  El Bebedero [modern Teguise] on Lanzerote, rule this out, and it seems more likely that they are associated with a fishing plantation supporting garum factories along the Moroccan coast to the north. 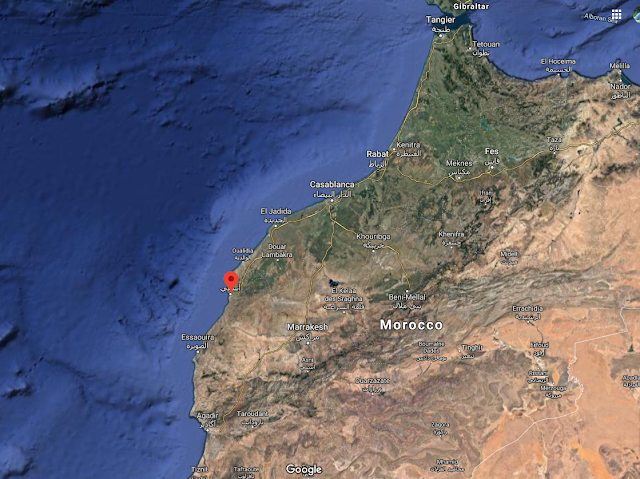 One may wonder why the Romans had to run down all the way to the Canaries to find sardines given all the coast and port sites along the way from the Roman frontier way up at Rabat. Has sealing been excluded osteologically?  In any event, in this interpretation, the Canary Islanders are turned into "Punic-Phoenician" settlers, perhaps a Roman prison colony, explaining how they came to forget about boats, except insofar as they had to reach and populate the entire archipelago. It is a tribute to the social anxieties of the amateur archaeologists of the Nineteenth Century Canaries that the idea of their ancestors being Roman slaves was not allowed into the conversation. More recently, I find this study of the islands' extensive pictographic repertoire as "Libyco-Berber" inscriptions, in which case rock-art literacy survived intact on the isolated islands from Roman times down to modern.

It might seem as though the modern correction towards a continuum between Saharan and Canary trends is a happy correction, but it actually has its roots in Francoist nationalism, with the twist that the "Guanches" are allowed to come from the Sahara --the Spanish Sahara. An archaeological continuity of "Ibero-Mauretanian" cultures being detected for the Neolithic, we come back to the characterisation of the Guanche as "Neolithic:" Their ancestors belonged to a Stone Age ethnic nationality that extended all the way from Spain to the Spanish Sahara via the islands. Convenient! The modern perspective sees the pre-Conquest Canaries as  having been settled between 700 and 400BC in the familiar Iron Age wave of advance, and subsequently in sufficient contact with adjacent polities to develop the same pattern of small "taif" kingdoms, technically and economically adapted to island conditions, and, significantly, pagan.

The modern era begins with Lancelotto Malocello, a Genoese navigator who built a castle at Teguise and gave his name to Lanzarote, but who seems mainly known by virtue of being mentioned in the accounts of the Norman adventurer, Jean de Bethencourt, who began the conquest of the islands in the name of Castile in 1403. There is something more going on here, in that a suffragen diocese of Majorca was established on the Canary Islands in 1351 and dedicated to Martial of Limoges, patron saint of Gaul. Eventually (permanently) suppressed  in favour of a Castilian suffragen, the Majorcan period is recalled by various relics held by Canarian parishes --which is an interesting parallel with the "Irish" bells, books and croziers paraded by Icelandic parishes before the Reformation. The latter are seen as an invented tradition, an argument I would like to refute, although obviously a mere analogy with Canarian circumstances isn't going to advance my position very far!

Since Malocello seems in person a somewhat numinous figure, it is traditional to link him to the more romantic Brothers Vivaldi, who disappeared in 1291 while trying to coast down Africa to India in a pair of galleys. Coming from a fairly distinguished in their own right [of course], the Vivaldis were backed by a Doria and slightly less insane than appears, as received geographical wisdom conflated Ethiopia with India and held that the Benue rose in the Ethiopian Highlands and reached the sea as the Senegal.

Putting it this way gives me a sense that no corrections were issuing from West African because West Africans had no idea how confused European and Middle Eastern geography actually was. Since West African notables were a great deal more interested in finding a route to Mecca than to India, there was not much inclination to pursue routes to the Indian Ocean via Central Africa.

In any case, it ought to go without saying (but somehow doesn't), that no-one was going to conduct a coastwise expedition from Ceuta all the way to the mouth of the Senegal without a solid relationship with the Marinids, then reaching the peak of their influence and power from Spain down to the Sous. Nevertheless, the Marinid influence fades away along the coast south from Rabat, and it is not entirely obvious why the Marinids would have sponsored an effort to outflank the desert routes unless it was specifically the imaginary internal river communications of Africa that were their objective. From that perspective, establishing a galley squadron on the Senegal/Nile/Benue by moving them by sea seems a logical expedient.

If the sources of the Ganges, Indus and Brahamaputra; and of the Rhine, Danube and Adige can be so close together, why shouldn't the Niger and the Blue Nile rise in the same highland? Specifically, the Mountains of the Moon, no less!

Ironically enough, the Senegal and Niger do rise close together, although in the Guinea Highlands. Which may not be the location of King Solomon's Mines, but which certainly do have gold. And, in fact, C. R. Beazeley thought that al-Idrisi's mughrarin were one of three Andalusian expeditions attempting to reach the Senegal. It seems as though it was not only the Vikings who were confused about whether the "end of the Atlantic" lay to west or to south. Certainly by 1346, the River of Gold was the explicit objective of Majorcan sailor Jaume Ferrer, while Bethencourt followed up towards the Senegal as soon as he was securely established in the Canaries, after difficulties with his subordinates that seem uncannily reminiscent of the early adventures of the conquistadors. 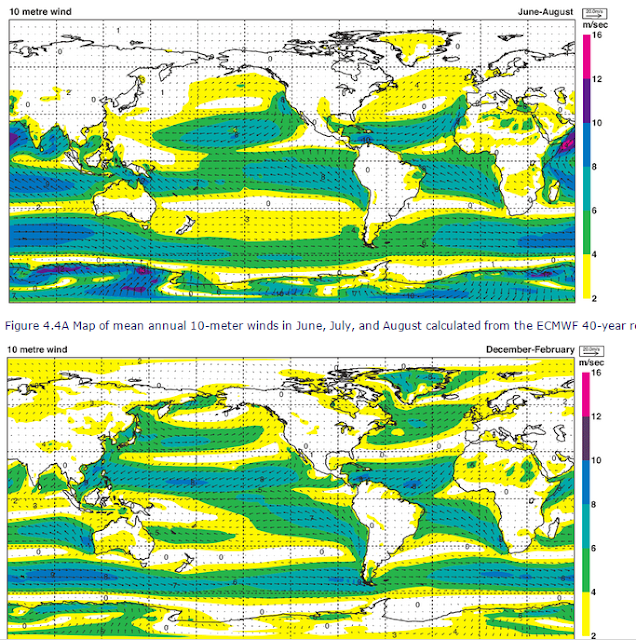 The basic case for the Canaries is that it is only from the western Canaries that a sailing voyage to the Western Hemisphere becomes plausible, and that the same route takes you into the "wheel of the winds" that allows a rapid transit to the Cape of Good Hope. The decision to stop and develop the Canaries is thus somewhat akin to developing Agadir, or even the Draa. It is an alternative to reaching West Africa overland and only likely to occur to entrepeneurs locked out of that trade. In that sense, it is less the religious/ideological divide between the Marinid state and the Iberian crusader states, then their political rivalry over the Gibraltar sea frontier that motivates the development of the Canaries as the vital jumping off point for the Indian and North American trades of the Reconnaissance.

And as far as developing the Canaries go, we have a plantation problem. Dyewood and slaves are the highlighted profitable Canarian export, but the Spanish presence on the Spanish Sahara coast was sustained by sealing, not exotica. Blubber and pelts aren't very romantic, but they motivate plantation, which seems to work better than romance. It remains to wonder why demand for seals might have been so robust, but it seems likely that the story is going to turn out to involve improvements at the processing end.
Posted by Erik Lund at 11:32 AM

Email ThisBlogThis!Share to TwitterShare to FacebookShare to Pinterest
Labels: Goodbye to the Vikings?, Pirate History of the Atlantic, Sacred Spring