Solent Water is the sheltered anchorage between the Hampshire shore and the Isle of Wight. It's quite large, which is a world-historical fact. Notice that below I elide Portsmouth Harbour and Portsmouth Roads with the Solent proper, because it is all one enormous anchorage.

Here is another way of visualising things: 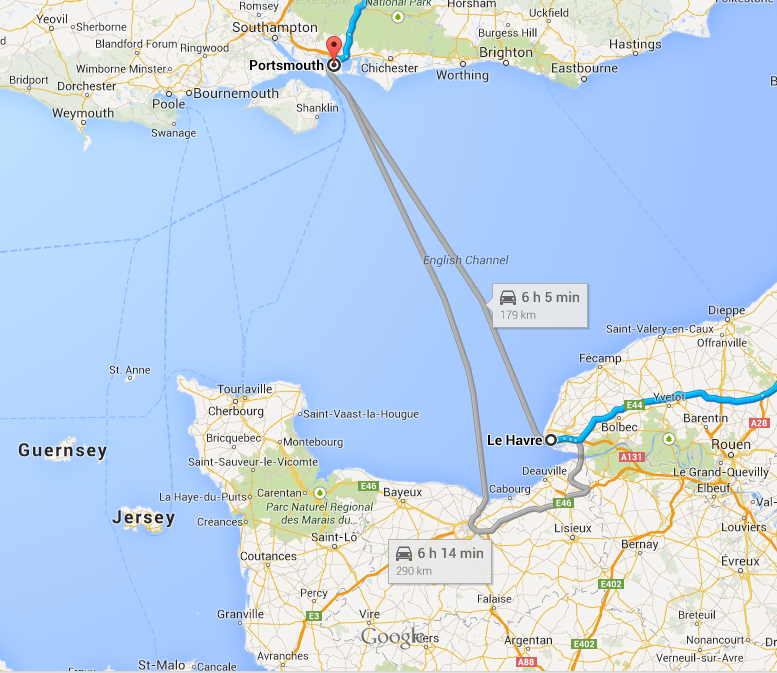 Rouen-Le Havre-Hastings-Portsmouth. I tried to get Torbay in, but it pushes the scale up too much. Two invasions, a thousand years apart, will have to do. It is interesting that William the Bastard headed for Suffolk instead of Hampshire, and that the Romans did not cross this way at all. I suspect the choice of ferry heads on the British coast might even help us understand the political context of the first two invasions.

The third was all about needing space for marshalling the invasion, though, something that left it a bit difficult to conceal. Fortunately, the destination was still up in the air. Detecting this invasion was not a high priority for the Germans across the Channel. Predicting where the Allies would land was. They knew it was coming, not where. A day's warning would be useful, a month's utterly superfluous. That is why the Germans fly only a single very high altitude photo reconnaissance overflight of Solent Water each day. It will be enough, because it will be sufficient to detect the first stirrings of movement in the fleet.

That is what they thought. It happens that they were completely wrong. People of a certain inclination may be suspected of sighing wistfully when they suggest that the Me 262 might have changed the course of World War II if only [Hitler this and that.] They are wrong, of course. But an earlier deployment of the Arado 234 offered every possibility of detecting something almost unfathomably strange taking shape on the Solent today.


David Jacques thinks that he's found the key to Stonehenge. It is a late-Paleolithic (c. 7500BC) auroch killing ground a mile from the henge at Amesbury. Jacque concludes that the henge was built on an ancient migration route. Sacredness and monumental construction go together with hunting sites. I am not going to disagree. On the contrary! But I am going to ask where the aurochs were going. Was it over the downs and into the valley of the Thames, or southwards towards the enormous stream of the Channel River?

It is hard to imagine that the conjoined Rhine, Meuse, Scheldt and for that matter the Thames and the Seine once flowed together into the Atlantic "thirty-five leagues from Ushant," hard to imagine what it means for Pleistocene Europe. 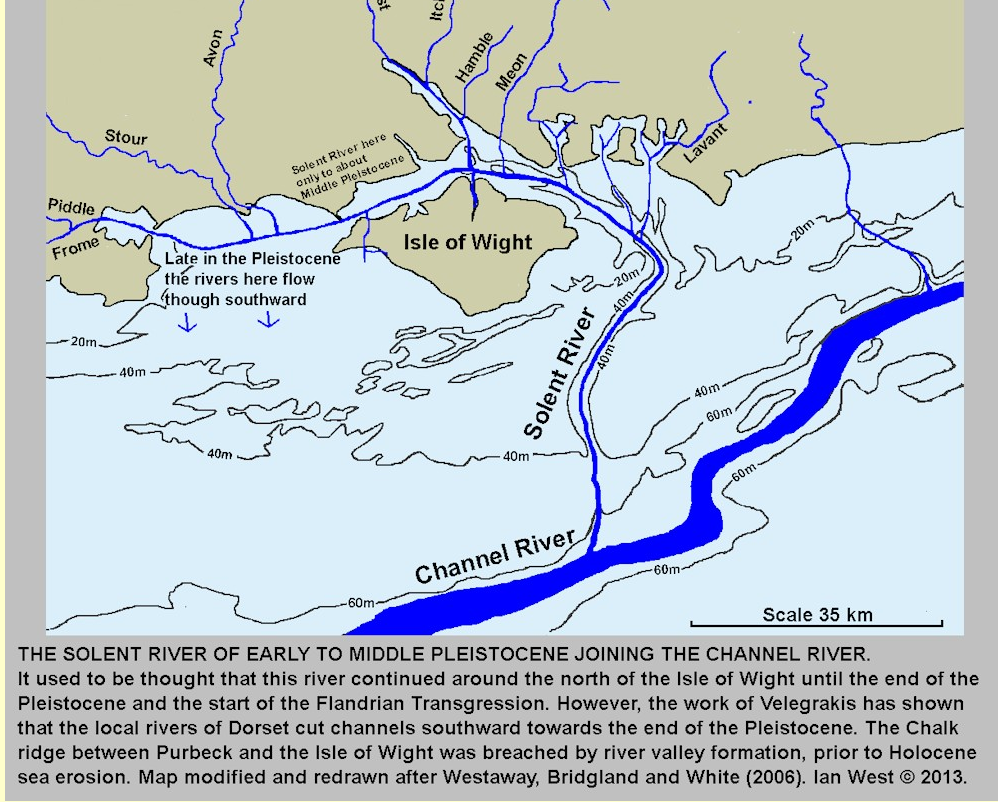 This post could easily consist of nothing but images scraped from the awesome site maintained by Ian West at the University of Southampton, but he has invited us to download it all, so I guess it's legit. That said, there's this whole originality thing, so one more and we're done: 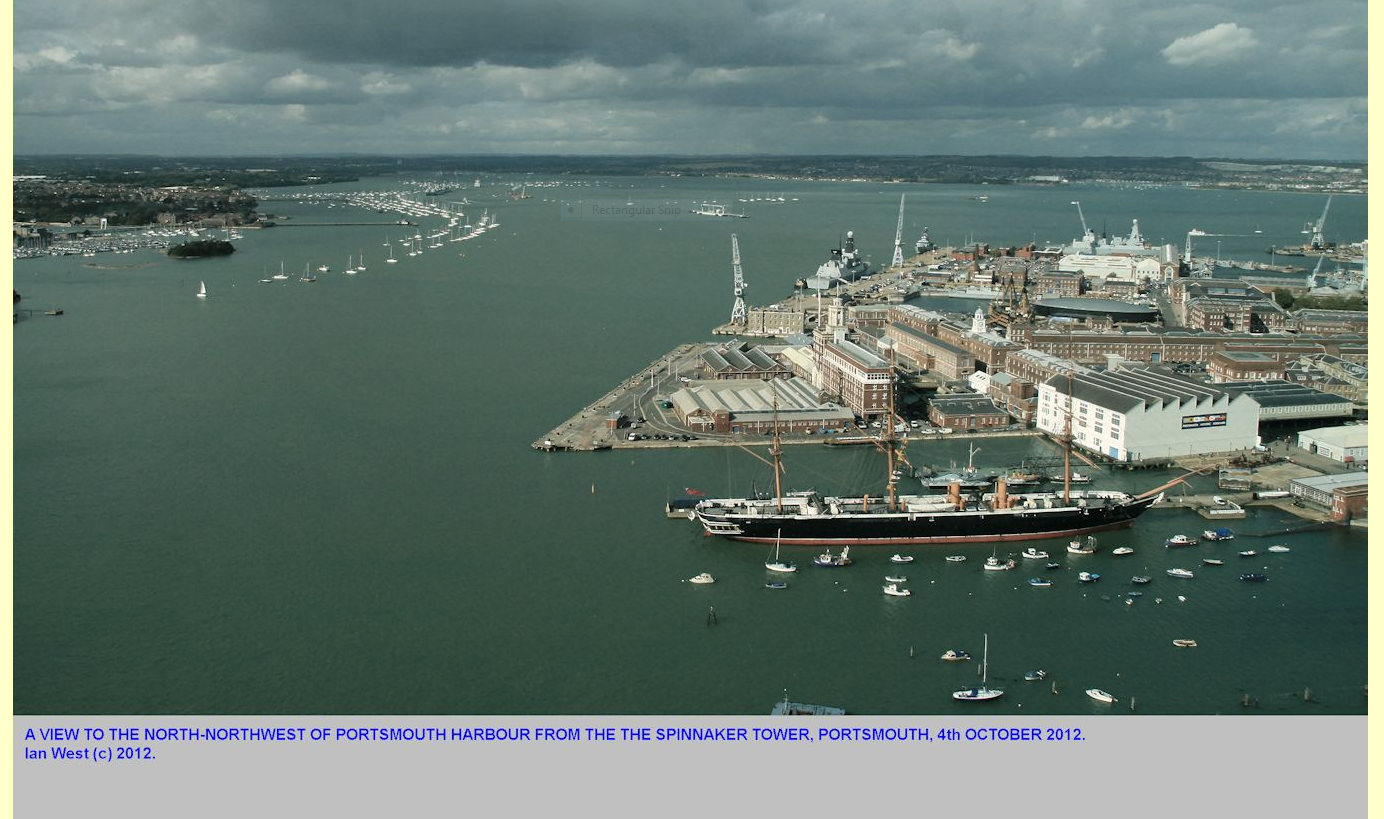 Among Dr. West's many photographs, I like this one because those stark strong lines show the engineered aspect of Portsmouth Harbour. And how!

These guys are a little pickier about their images, and fair enough, because this is an awesome image of the scale of the Solent Water. 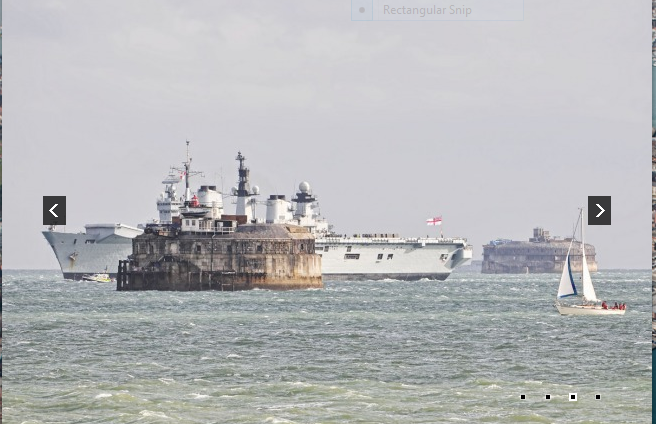 Here's a good view of two of the Palmerston forts built in the middle of Solent Water, just in case some swarthy foreigners try to sneak up on the Royal Navy. ("Form! Form! Riflemen Form!" Eh? Eh? Ah, well, it was a different era, long forgotten. Though I do not think it at all coincidental that Lloyd George's son, Richard, married into the McAlpine civil engineering fortune.* I think that's Invincible in the background. Perhaps it is off to look for pirates? You know how you slow down on the road when you see a police cruiser, even if you're going the speed limit? Image credit to Maritime Photographic.

"Palmerston's Follies" were originally armed with Victorian big iron, but there are basement levels that I think I heard once were armed with torpedoes -- a much more effective sea denial weapon in the context of the forts, anyway. I suspect, just to speculate a little more, that the interwar Admiralty played coastal defence torpedoes close to its vest.

Anyway, the point here is not that this enormous anchorage has curious structures in it. Or, rather, that is precisely the point, but the structures in question are gone. Seventy years ago today, a strange mass of metal,  part of it floating, part of it perched on the seabed, is being assembled near these forts, descendants via engineering, politics, strategy and even historiography.  (As slyly implied in the note below).

*Only follow this link if academic inbreeding is a thing for you.
Posted by Erik Lund at 8:49 AM